There are some people, like myself, who consider Men Without Hats‘ “Safety Dance” to be one of the catchiest pop songs of the 1980s.

Now four decades later, the Canadian band is still taking their trademark sound to unexpected places. Their latest project, Again (Part 1), delves deeper into the music that shaped them as aspiring songwriters, albeit with a twist. Songs by The Rolling Stones and Lou Reed are covered across the five-song EP,  but Men Without Hats have also rewired their “Safety Dance” – now retitled “No Friends of Mine” – into a slower, more meditative take on their 1983 worldwide hit.

ADDICTED’s Myles Herod had the great pleasure to speak with band leader Ivan Doroschuk where they talk about the band’s early fame, finding inspiration from their favourites bands, and the importance of staying active throughout the pandemic.

ADDICTED: Your new EP Again (Part 1) is a fun and revealing collection of cover songs in an age of uncertainty. Why now?

Ivan: 2022 is the 40th anniversary of the “Safety Dance” and Rhythm of Youth album. Given these upcoming milestones, we thought this would be a great chance to showcase our renditions of some of the tunes that have influenced us most.

Tell me about the process that went into deciding the songs found on this EP.

Ivan: This whole project started out as a covers album for piano and voice, so we had over a dozen songs to choose from. Narrowing the list down to five songs was not an easy task but I think this EP is a great representation of our interests. I was a big David Bowie, Roxy Music, Iggy Pop fan. I was also a teenager in the ‘70s, an era that saw the birth of many proto-genres like heavy metal and glam rock, and I’ve always said that the new wave genre is a culmination of progressive rock and disco, so it was definitely a musically creative period to grow up in.

There are two Canadian covers included here, too. “Blow at High Dough” by The Tragically Hip and “No Friends of Mine” – a reworking of your iconic song “Safety Dance”. Where did that idea come from?

Ivan: I saw it as a fairytale follow-up to “Safety Dance”. I imagined that after shooting the music video, the jester and the crazy blonde girl get married and settle down in the village. He becomes the Mayor of the town, and she stays at home to raise their family. Forty years later, I go back to visit them, and “No Friends Of Mine” is the soundtrack. 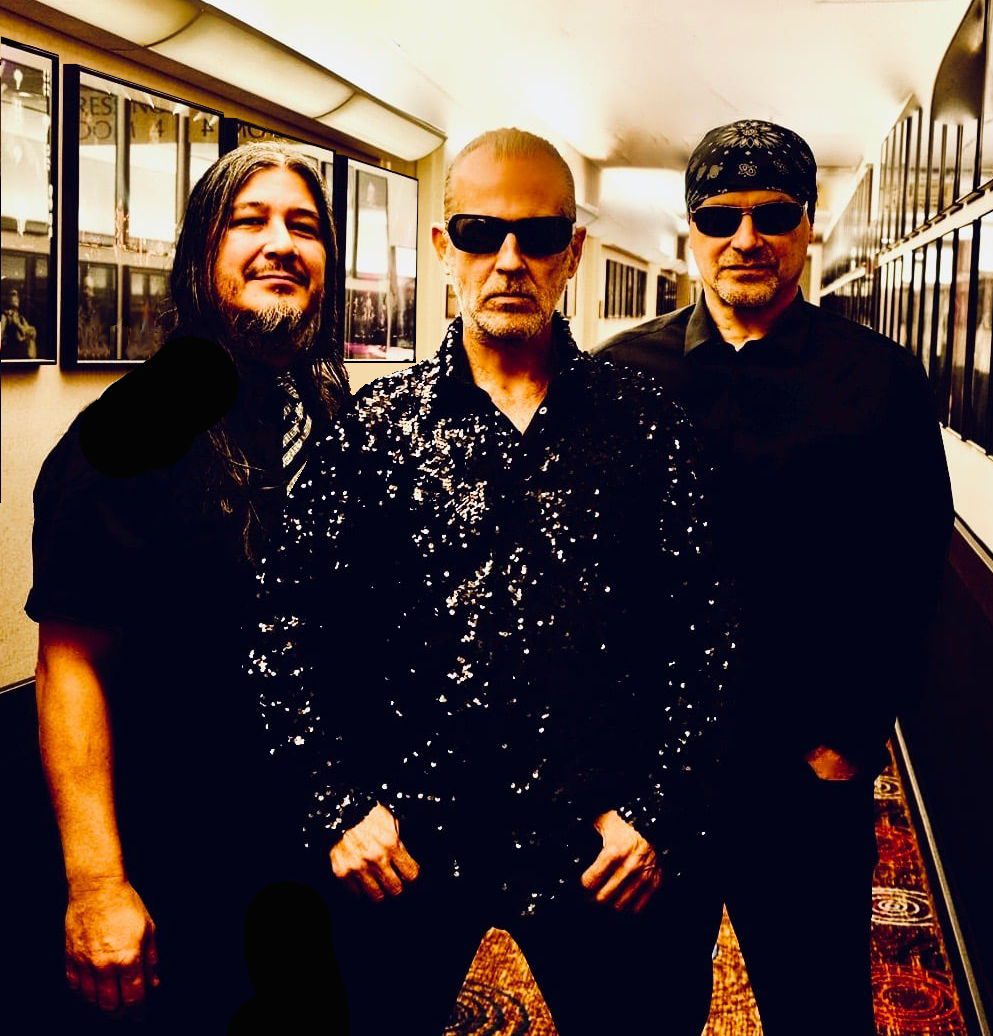 After nearly 40 years, what has the enduring legacy of “Safety Dance” provided for you?

Ivan: When we recorded the “Safety Dance” it was only our second time in the studio. For the most part, we winged it. We did a lot of improvisation and really just followed our gut. So, when it became such a big success, it was a very validating experience. The inspiration behind the song came from getting thrown out of clubs in the early ’80s for pogo-ing to new wave songs like Blondie’s “Heart Of Glass” or “Rock Lobster” by the B52s. For the “Safety Dance” to see such big achievements like hitting #1 on the Billboard Dance Chart, and to be inducted into the Canadian Songwriters Hall Of Fame has definitely been life-changing.

As a band that’s going stronger than ever before, how would you compare life as a new wave group in the 1980s to where you guys are now in 2021?

Ivan: Being a new band is almost like being on a professional sports team, a bunch of young guys travelling around the country competing with other bunches of young guys (and girls) for chart position, audience share, press coverage, etc… Now things are more relaxed, there’s way less pressure to perform, and that makes it a lot more enjoyable.

COVID-19 has altered the world forever. That means touring, too. Moving forward, where do you see the group’s future?

Ivan: We were lucky enough to spend seven months during the pandemic isolated in a mountain studio on Vancouver Island. The property overlooked the Pacific Ocean and we used the time to record over 20 songs, including the ones on the EP. It was a beautiful experience and again, we were really blessed to be able to take that time to make music. Recently we’ve been able to start performing again and it feels so good. Fingers crossed that we can continue to get out there and play.

More about Men Without Hats in the links below