Clocking in at 140 mins, Morgen certainly swings big and boldly with the material here. That is, constructing a documentary entirely from old content (nothing new), fashioning what is essentially a long-form music video of the man.

The approach could have been disastrous. However, the results are nearly revelatory. Morgen has synthesized a vast archive of rare interviews, live concerts, studio sessions, stills, artworks, and behind-the-scenes footage to compile a Bowie-mosaic of sound and vision.

Propelled by such a prismatic assemblage (happily approved by Bowie’s estate) the artist’s various incarnations, from Ziggy Stardust to his peroxide 1980’s Let’s Dance phase, interweave like a hypnotic dream as music dominates its soundtrack. Adding to that, bits ranging from silent German cinema to animated retellings are chopped-up and thrown-in to accentuate the multi-sensory journey. 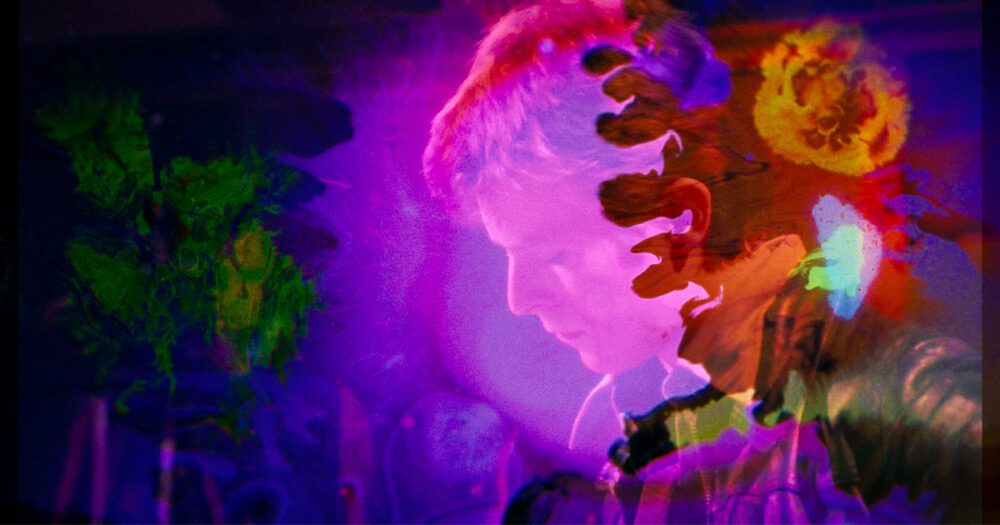 All that to say, this is not a chronologically-told story. Keep that in mind. Rather, it’s a biography that floats like reverie, transporting the viewer into what it might have been like to live inside the mind of David Bowie.

Brett Morgen, whose previous work, the documentary Kurt Cobain: Montage of Heck, took what is said to be five years to complete Moonage Daydream. And it shows. Cautious of exalting him as god-like, the film’s most affecting moments come at its most human. For one, acknowledging the family mental illness that overtook Bowie’s beloved half-brother Terry, and presumably charted the course of his own artistic direction.

As presented, this sprawling exploration of a 69-year-long-life succeeds splendidly in avoiding cliché. And to that end, the film leaves the impression that yes, the world may have lost a cultural juggernaut, but his music and influence still vividly shine on.