Rock stalwarts finally get to make good on their Gigaton tour

Pearl Jam, ever at the vanguard of music and its industry, was among the first artists to take the early days of COVID-19 with caution. On March 9, 2020, a few weeks prior to the release of their 11th album, Gigaton, the band announced that they were postponing the supporting tour. Toronto was set to be the launchpad show for that tour. In January 2020, ADDICTED was excited for a very strong season of upcoming live shows that year, with this one high on the list. 904 days later, Toronto finally got our night as the band hit the Scotiabank Arena stage on Sept. 8.

Pearl Jam enjoys some of the most fervent, dedicated fans in rock music and that was evident throughout the entirety of the show. At times, the crowd belted out song lyrics that drowned out Eddie Vedder. Using this energy, Vedder, lead guitarist Mike McCready and bassist Jeff Ament rarely stayed in place, running and jumping through the long 24-song set. This isn’t to say that rhythm guitarist Stone Gossard and touring members multi-instrumentalist Josh Klinghoffer (who opened the night as pluralone) and keyboardist Boom Gaspar weren’t clearly feeling the music, the crowd and the vibe. There was never a need to question drummer Matt Cameron’s energy as his hard-hitting, metronomic but creative playing rarely lost steam. However, the connection the lead singer made with the audience was obvious as he picked out faces in the crowd to sing to during songs or chat with in between. Once the house lights went down, the entire audience was on their feet and didn’t sit till the band left the stage.

A loud cheer erupted as they came out to take their stools for a mellow but plugged-in opening to the night. Starting strong with Daughter, the band moved through Come Back from their 2006 self-titled album and Sometimes from No Code. Eddie Vedder offered the first cover of the night, a tribute of sorts to Queen Elizabeth with the Beatles’ Her Majesty. Still seated, Pearl Jam played a rarity in All Those Yesterdays, followed by River Cross from their latest album. Dedicated to the people of Ukraine, Vedder took a seat at the organ and asked everyone to show their support with the lights of their phones, creating a striking visual. 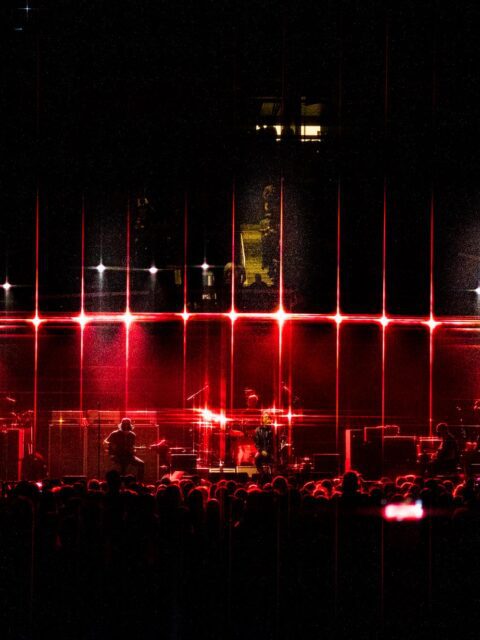 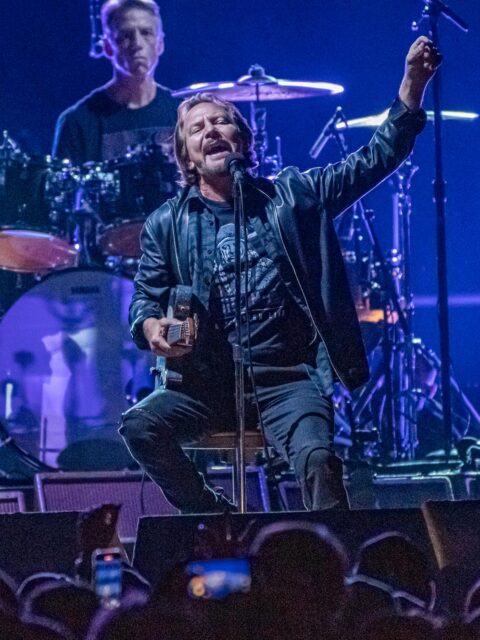 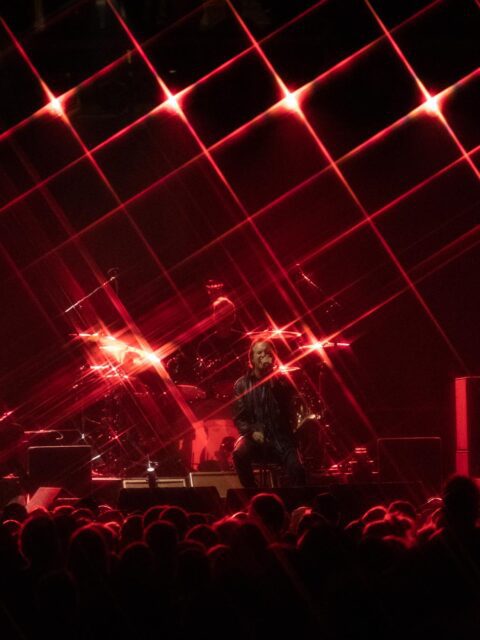 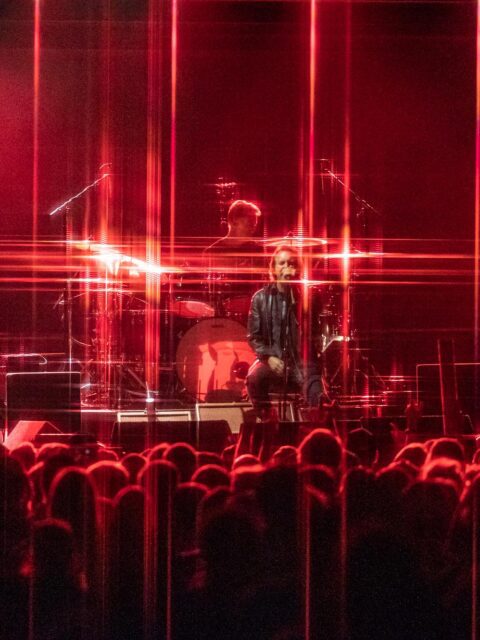 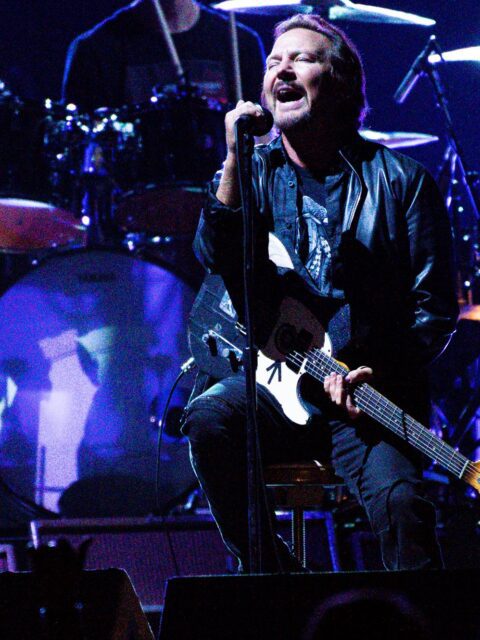 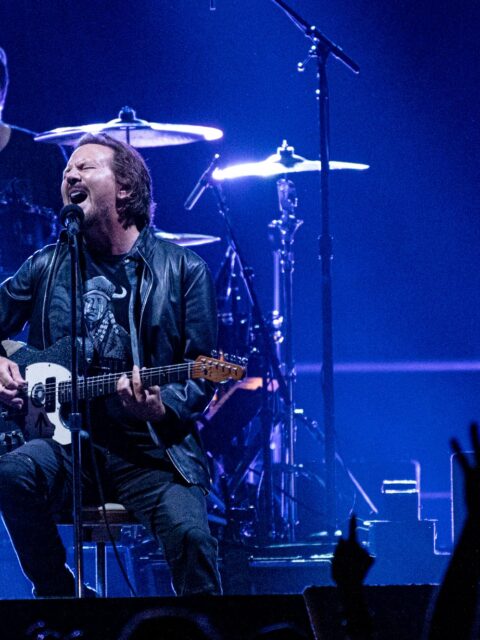 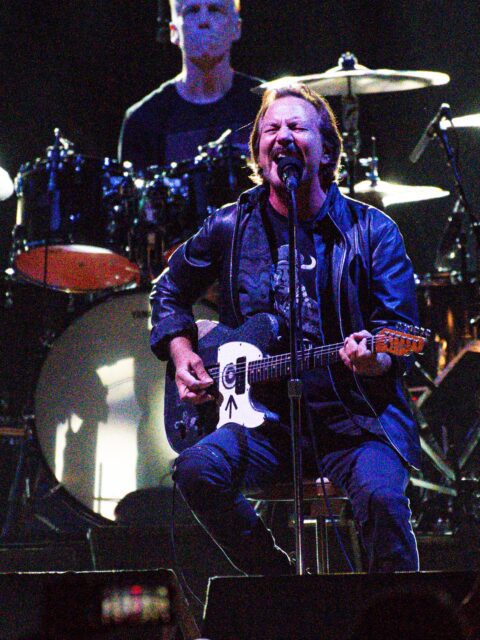 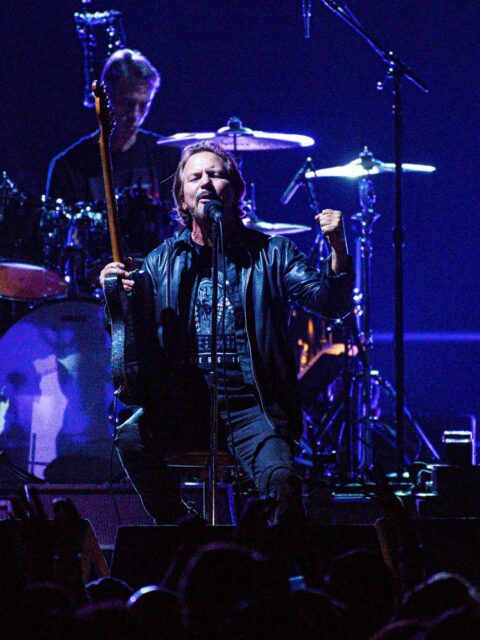 With an intro of Pink Floyd’s Interstellar Overdrive, they launched into the first standing song of the night, Corduroy from Vitalogy. Keeping it heavy, the setlist continued with Hail, Hail, Deep, Quick Escape and Even Flow. Prior to Who Ever Said, Eddie touched on the COVID-19 pandemic to talk about the drummers we’ve lost in the last couple of years citing the passing of Charlie Watts, Taylor Hawkins and Neil Peart. He concluded with a heartfelt shoutout to Matt Cameron. I Got Id from Neil Young collab Mirrorball showed extra love for Omemee’s favourite son with a taste of Cinnamon Girl. Before the break, Never Destination, a roaring Dissident and the hammering pair of Lukin and Rearviewmirror closed the show proper.

Mid-set, Vedder took a few minutes to talk about his favourite tour, which went coast to coast across Canada. Assuming he was talking about 2005, the band started in Vancouver (not Victoria, Eddie) playing 16 dates east to St. John’s, NFLD. While Pearl Jam’s other Canadian dates only included Hamilton, Ottawa and Quebec City, he fueled the Toronto-Ottawa rivalry saying the two cities were neck in neck for best crowds of the tour. He also thanked the activists present on the night, Global Citizen (who primarily work on ending extreme poverty), War Child and Vedder and wife’s main focus, raising the funding to cure the genetic skin disorder, epidermolysis bullosa.

Returning to the stage, as an audience request, they dedicated Light Years in Gord Downie’s memory. As the show was their first in Toronto since Downie’s 2017 passing, the band took a moment to honour the late great artist. Vedder reminisced about time spent with Gord and Chris Cornell in Seattle, while bassist Jeff Ament changed into a shirt reading ‘Gord Fucking Downie’. Do The Evolution got the crowd back up. Playing to the ‘cheap seats’ the band turned to play Last Kiss to the behind-stage crowd. The show ended with fan favourites Jeremy, Alive and finally, Neil Young’s Rockin‘ In The Free World. Performed with the house lights up the extended song featured Vedder tossing out several tambourines to the crowd and Klinghoffer taking over bass duties for Ament. With a thank you, a good night and a take care, a wide-smiling Eddie Vedder bid farewell to Toronto and Canada.

Pearl Jam’s 2022 North American tour winds through the east and midwest before closing in Denver on Sept. 22. 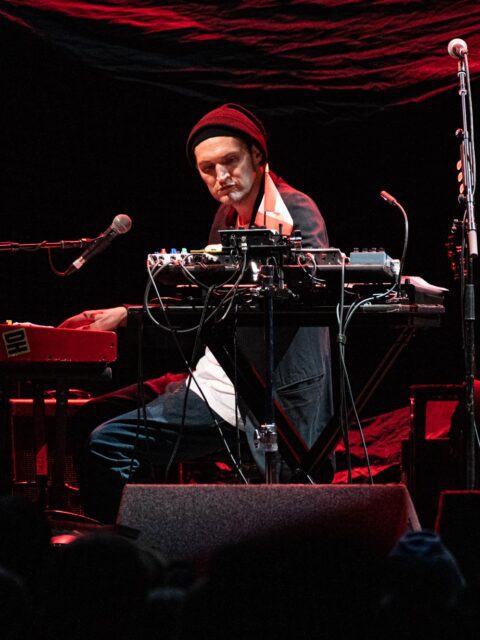 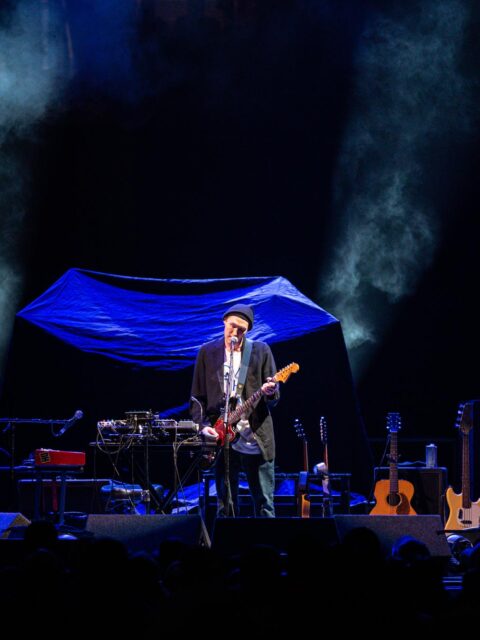 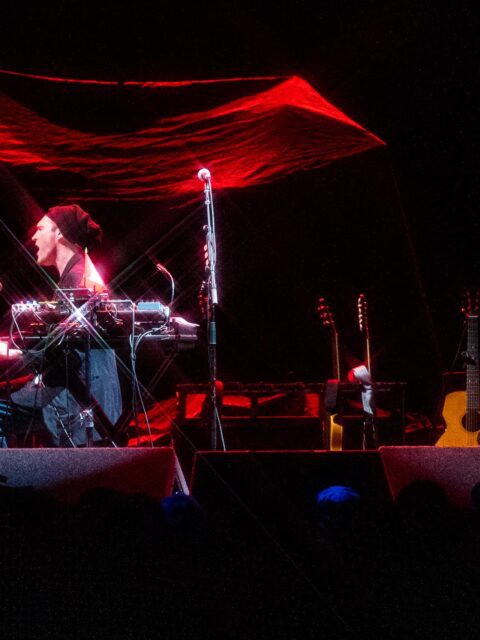