On the heels of her Polaris Music Prize longlist nomination for her sophomore release DNA Activation, Ayo Leilani aka Witch Prophet is releasing the remix for “MUSA”, the album’s opening track.

“MUSA” is the lead single from DNA Activation, an album many years in the making. Released via Heart Lake Records, a label founded by Witch Prophet and her partner, DJ SUN SUN, DNA Activation is a rich and textured meditation on family.  The album draws inspiration from a realm Leilani’s own lived experiences, interwoven with intricate histories and mythologies. Delivered in English, Amharic and Tigrinya, Witch Prophet employs a litany of incantations aimed at recognizing the royalty of the individual, and the divine in the mundane. DNA Activation is by turns a celebration of the self, an appeal to others to love themselves, and a tribute to complicated familial relations. “I’ve been wanting to create DNA Activation since 2014, but I was too scared,” said Leilani. “I’m so grateful I released that fear. Having this album recognized by Polaris is a dream.”

“MUSA’s” has undergone a transformation by remix, turning it into hauntingly beautiful record now 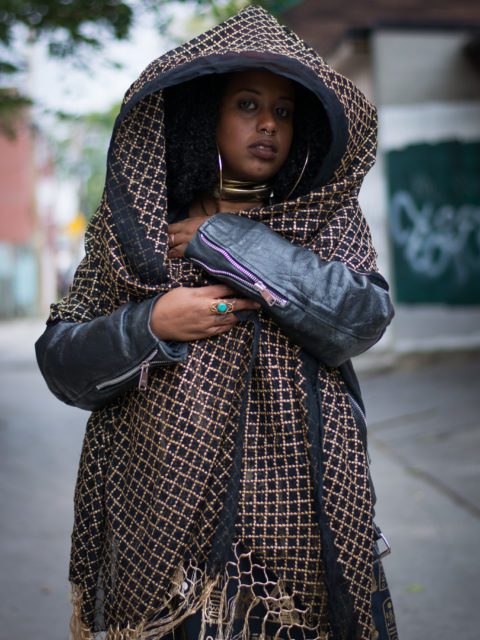 driven by percussion comes courtesy of the production skills of SUN SUN, DJ extraordinaire and life partner of the artist herself.  The song’s fresh take also features the talents of collaborator Stas THEE Boss , who delivers a smooth verse that is both relentless and genius in its lyricism and energy.  The power of the song is only amplified by its chosen release day, June 19th, or as it is more significantly known, Juneteenth.

On June 19th, 1865 General Gordon Granger of the Union army announced that all slaves in the state of Texas were now free.  While slavery would not be abolished in the whole of the United States until December of that same year, Juneteenth commemorates a poignant point in the movement towards emancipation:  on that day, freedom had been achieved for all slaves in the Confederacy.  Texas now honors Juneteenth as a state holiday, and all across North America this day is celebrated as a day for Black liberation.  This day has also now come to celebrate brilliance, talent and creativity, especially in the arts, where the work of black creators has often been appropriated for the profit of others, instead of rightfully attributed and celebrated to its true makers.  There’s a deliberate intention and power to dropping this song on this day:  it’s a salute to freedom, love and artistic creation, one that you can dance your soul out to.

“MUSA Remix is a reflection on the current state of the world. A critique on culture vultures, police, and those that do not recognize the influence of Black people within their lives,” says Leilani. “I’ve been a friend and a fan of Stas THEE Boss for over a decade and decided to reach out to her to see if she would bless the track. She said yes and within a day had the verse written, recorded and sent back to me. I literally screamed with amazement when I played it and heard her confidently rap ‘You drink the juice up, I Black up, you blue hug’. It was perfect. ”

So without further ado, check out the track that I’ve been grooving to since Leilani sent me a sneak preview (perks of the job!).  I hope you’ll love it as much as I do.

We know just about everyone is struggling through the pandemic and the economic crisis it ushered in.  Artists and musicians like Witch Prophet have been especially hard hit, especially considering that live music may not be coming back for many, many months.  That’s why it’s more important than ever to support the people that make the music we love, and the best way to do that is to buy their music.  And today, you can buy music and support the Black Lives Matter movement at the same time.  Bandcamp will be donating of their share of sales to the NAACP Legal Defense Fund.  So head on over to Witch Prophet’s Bandcamp site (link below), buy some music and support a great cause at the same time.