Justin Kurzel, one of Australia’s leading filmmakers, has delivered a handful of memorable stories to the screen ranging from Macbeth to The True History Of The Kelly Gang. His latest, Nitram, captures a dark moment in modern Australian history. It’s one that pertains to Martin “Nitram” Bryant, the perpetrator of the shooting in Port Arthur, Tasmania, where 35 people were killed in April of 1996.

Upon premiering at last year’s Cannes Film Festival, the haunting film went on to win the Best Actor prize for its star Caleb Landry Jones as well as several Australian Academy Awards.

Recently, Justin Kurzel chatted with Addicted’s Myles Herod about what drew him to the film’s source material, working with his amazing cast, and the questions he’s still asking himself about Nitram.

ADDICTED: The name Martin Bryant is unfamiliar to people like myself in Canada. However, as an Australian, that’s not the case. Where were you when his story broke, and how did it affect you?

Kurzel: I was in Sydney in 1996 and had just started dating my wife Essie Davis who plays Helen in the film. She is Tasmanian and I heard the phone ring and a terrified scream from Essie. She was trying to quickly understand if her family and friends were safe as Tasmania is a small place and everyone knows everyone. It really was a seismic event and changed Australia forever. Everyone knows where they were that day.

The violence and death Bryant committed in Port Arthur in 1996 predate even something like Columbine in the United States. Why was it important for you to tell his story on-screen?

Kurzel: Shaun Grant the writer had come very close to some shootings in the US while he was living there. These experiences made him want to write Nitram out of an anger and frustration toward gun violence. He sent me the script one day and I trusted him. I could understand why he chose this point of view to tell this story about the importance of gun reform. But over time the film started speaking to a whole range of things such as mental illness, isolation, parenting, how we look after each other. It was a script I just couldn’t stop thinking about. 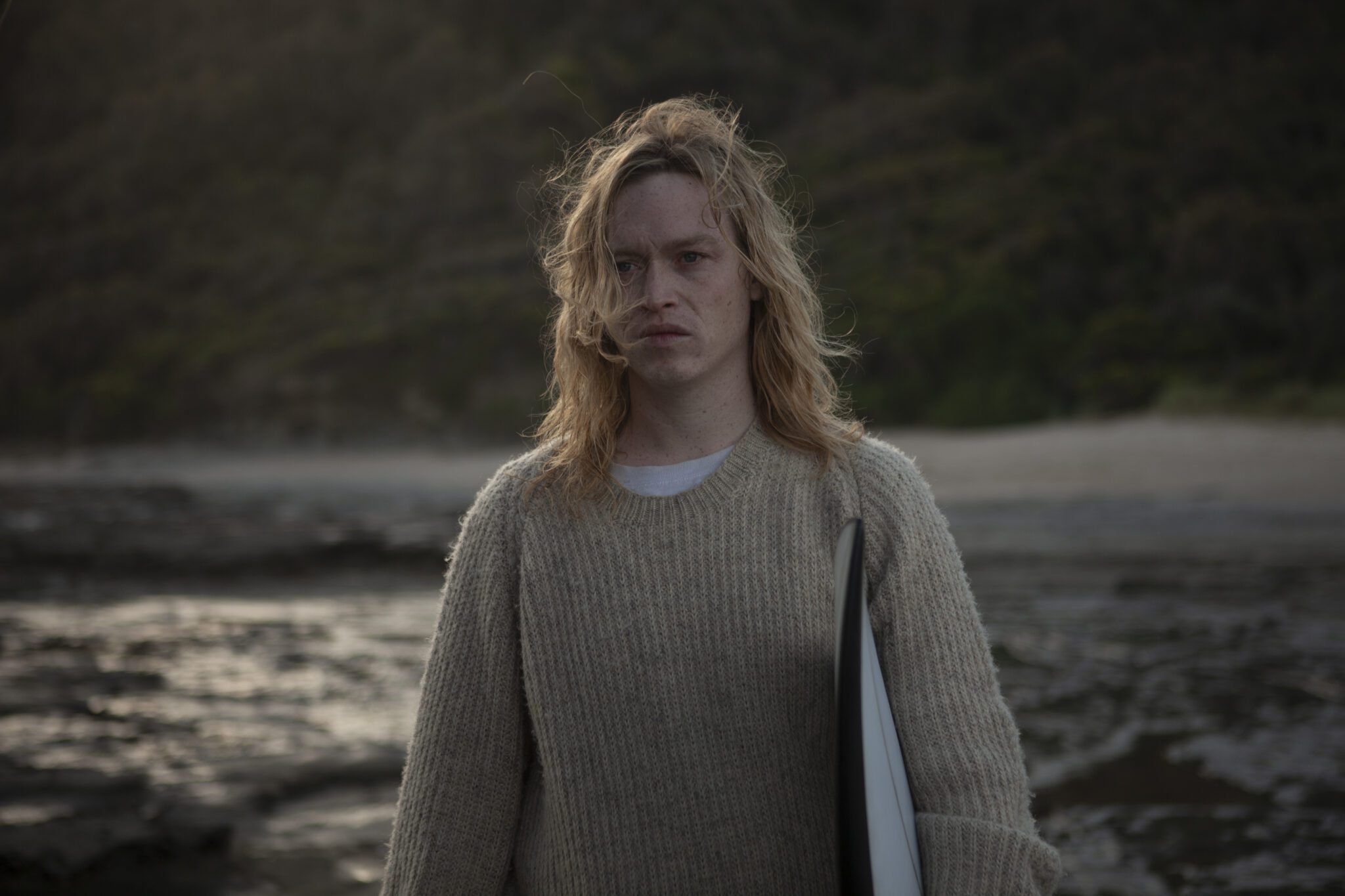 Caleb Landry Jones as Martin ‘Nitram’ Bryant, the role which won him Best Actor at the 2021 Cannes Film Festival.

Take me through the casting of the film. What ultimately led you to decide on Caleb Landry Jones (a Texan) for the role of Martin Bryant? It’s a chilling performance and he does a flawless Australian accent.

Kurzel: We thought of Caleb straight away as the type of actor we would like to be in the film. He had a certain physicality, which we were interested in. After a while, we just asked ourselves, “Well why couldn’t it be Caleb?” He worked so hard on the accent, never dropped it while we were filming and that includes after hours, too.

Going into the film, I was unaware, yet thrilled, to see Anthony LaPaglia and Judy Davis in such pivotal and heartbreaking roles. How did getting them involved come about? Was it a hard sell?

Kurzel: Anthony came on as an Executive Producer for the film. He helped us out in a big way – the bonus is I also got to work with him. He is really something in the film, one of our greatest actors here in Oz. As for Judy, well, I’ve loved her for so long. It was such a dream that she said yes. I think they both responded to Shaun’s script and the way in which we wanted to tell the story on film.

Judy Davis is certainly one of the best actors alive today. Anytime she was on screen, I couldn’t help but notice the anguish in her eyes, making her character utterly believable. Was there any improvisation involved when directing her? Or did that verisimilitude originate from the script?

Kurzel: I think it was Shaun Grant’s script and Judy’s vision of the character. She brought such nuance and empathy to that role which could easily have been cold and hard. It was the conversations with Judy, which expanded that mother’s point-of-view in the film. She really brought so much to the storytelling and expanded the film out in a very human way. It could be very easy in a film like this for the mother to be judged. Instead, we were careful that the character was not blamed. 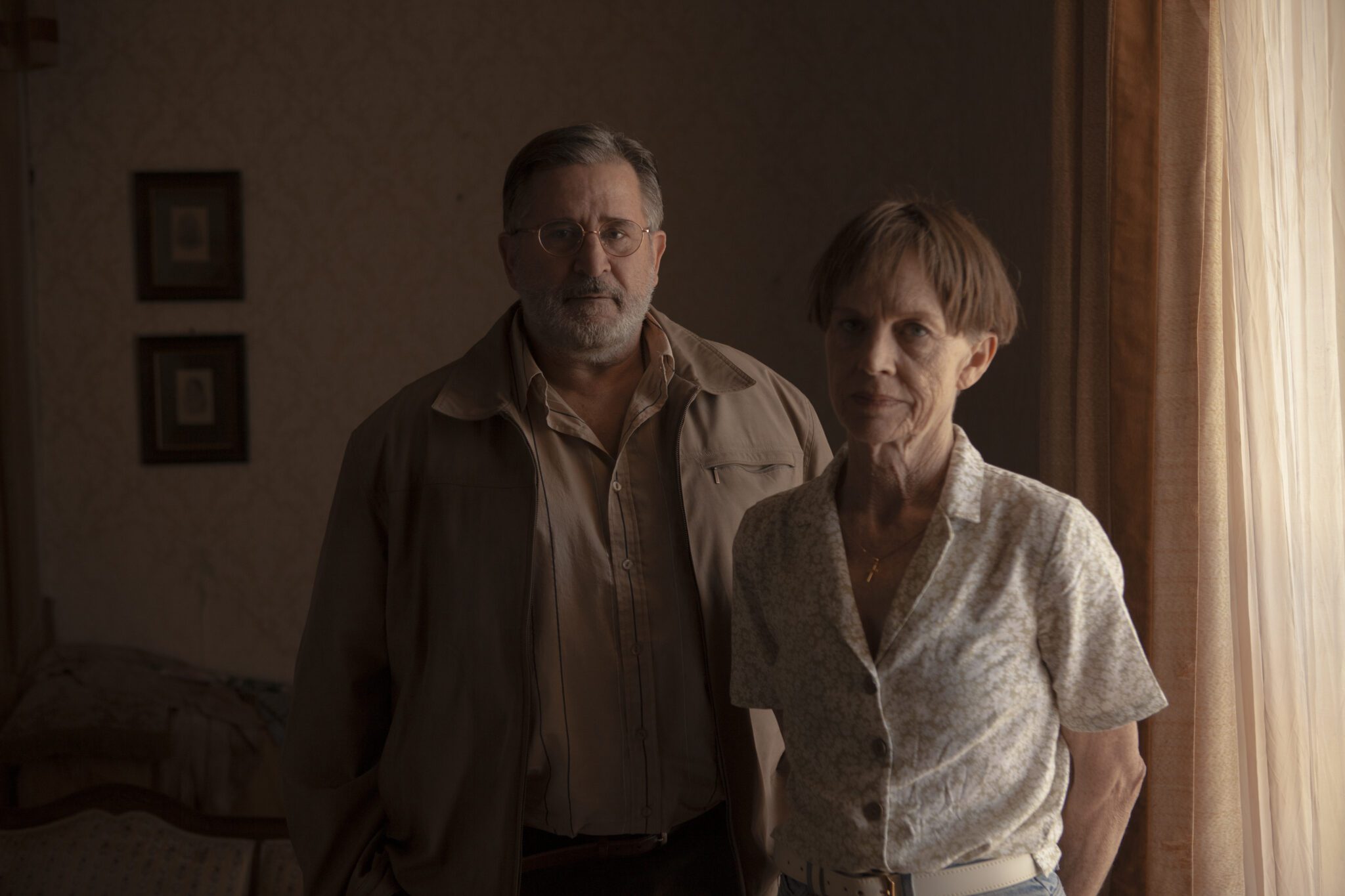 One key element found across the best of Australian cinema is the use of the land and how it’s photographed. Many times it’s quietly a character itself, like in Peter Weir’s early films, My Brilliant Career with Judy Davis, and even in Nitram. From your experiences as a filmmaker, what makes Australian cinema so distinctive and special from the rest of the world?

Kurzel: I think we have a rich history of bold filmmaking. I also think the landscape does something to you here. It is both beautiful and dangerous. Australians are just good at getting in there and making films out of nothing. There is such a strong filmography of a kind of do-it-yourself approach.

From a visual standpoint, Nitram utilizes a matter-of-fact style with many pensive, unflinching wide shots to tell its story. Collaborating with your cinematographer Germain McMicking, how did you decide on the film’s look?

Kurzel: Just keep it simple. I wanted the film to feel authentic and honest. The camera at times is invisible. Sometimes we feel very close and intimate with the characters like we are in the room with them. As the film evolves, a sense of distance started to naturally happen. More wide shots, framing the character in large spaces, cautious.

Fresh off your success at Cannes representing your country, where do you see the future of Australian cinema headed?

Kurzel: Well, I just hope we continue to encourage auteurs, filmmakers. We need less preparing directors for the industry and more championing those that want to lead the industry with bold, original filmmaking. There is some really exciting talent coming through, though. There are many doing it their own way and that’s the way the industry moves forward, from those that just go out and make their own stuff no matter what.