The fashion industry is a notoriously tough one.  Even with all the talent, fortitude and even luck at one’s disposal, it can feel like a lottery win is required to get ahead.  When a business is as challenging to navigate as this one, a great mentor can make the difference between a dream career, or crushing disappointment.  So when an up and coming fashion creative finds someone that sees her shining potential, the results can be stunning, and the story a hopeful reminder of what happens when people come together, in a time when we’ve been forced to stay apart.

Meet Alicia Churilla and Lindsay Anne Delaney, our fierce fashion industry firecrackers , and this edition’s maker and her mentor. 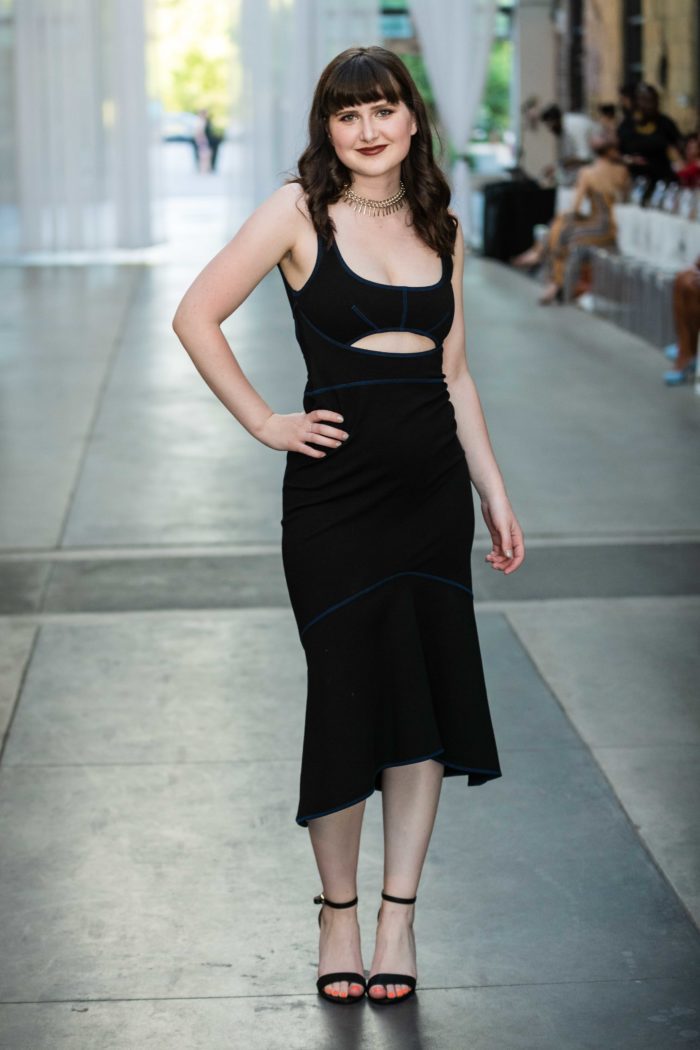 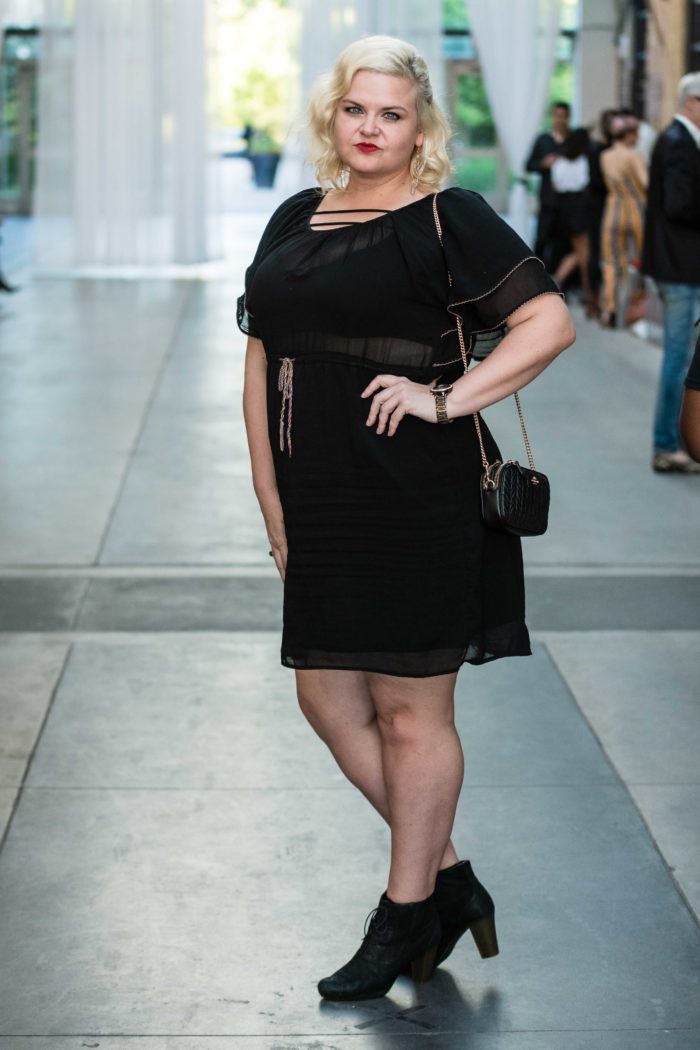 *all images provided by Lindsay Anne Delaney and Alicia Churilla

You may have seen Lindsay Anne Delaney and her work in ADDICTED before, along with celebrated Canadian publications Vitalize and Preferred Magazines.  An accomplished and innovative fashion and celebrity photographer with more magazine covers than we can count, Lindsay Anne has shot actors like Jason Priestly, many models including Kim Cloutier, and music mavericks like Hatiras among many notable subjects.  Her award winning work now encompasses travel and lifestyle photography, with Lindsay recently adding features on destinations like Istanbul and Las Vegas to her published portfolio.  Lindsay Anne’s skill is only exceeded by her boundless determination and unwavering passion for her craft.  She is incredibly generous with her time and knowledge, and sharing her love of photography with the next generation of talent has become incredibly important to her.  Which is exactly why she took take Alicia under her wing.

Alicia is a Creative and Graphic Designer, Photographer, and Art Director based in Toronto. A recent graduate of Ryerson University’s renowned Fashion Communications program, with a minor in French, Alicia’s talent was tapped early and mined meaningfully while in the pioneering and practical program.  She spearheaded multiple projects, events and collaborations between disciplines, nowhere more evidently than during her tenure as Editor in Chief of Style Circle, Ryerson’s Fashion magazine.  It was also at Ryerson that Alicia connected with her mentor for the first time.

“Lindsay Anne and I met at a panel event I was hosting through Ryerson. She was brought on to speak through a professor there. I was really interested in her talk, but I was bustling around organizing the event. I managed to sit down and listen to her talk every few minutes, and we connected at the end of the panel. She brought me onto set following an email encounter, and just continued to bring me back to her sets.  And here we are 2 years later!” 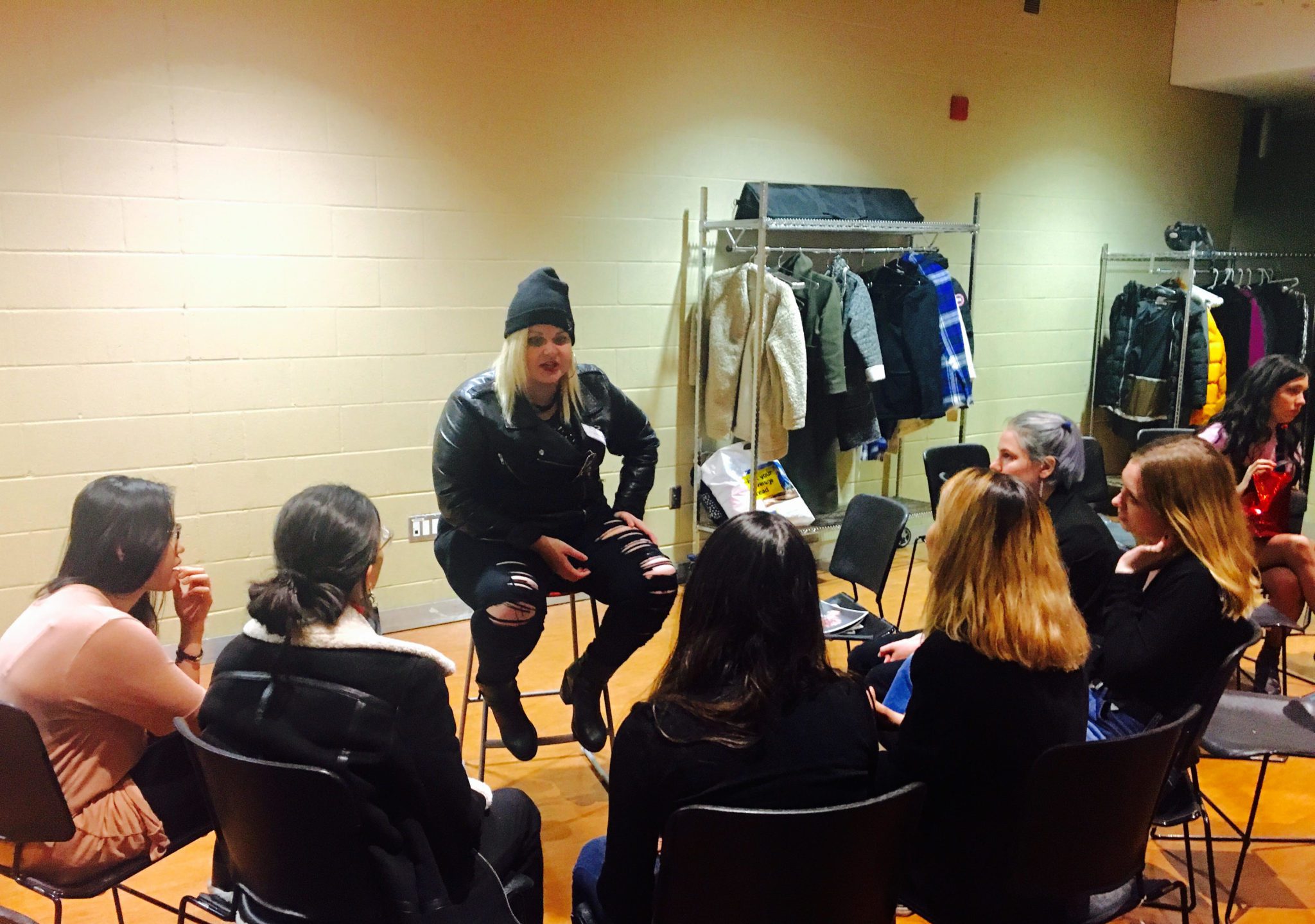 “I have had a lot of interns” said Lindsay Anne.  “Alicia was different from the start.”  Lindsay Anne pulls no punches when it comes to the reality of fashion: it’s a tough business, that everyone wants to be a part of.  If one falters, or isn’t committed, a lineup of replacements eagerly await. “This is far from a glamorous life style” Lindsay Anne counsels. ““If things go sideways (and something will on every shoot) you have to figure it out and do it with a smile. Clients don’t want to hear excuses, they want results and it’s your job to do that without being dramatic. I only have one way of thinking: “GET IT DONE” because if you don’t, someone else will.”

That directness is part of what Alicia values most about their relationship. “I love the honest transparency Lindsay Anne provides about everything. I communicate through transparency, and want to uplift other women in the industry, and she has the same mentality towards our relationship. I can trust that she wants me to learn and improve from all situations, including her past experiences. I’ve learned more about the industry then I ever could have imagined, specifically because of her educational candor.”

For Lindsay Anne, sharing her expertise and the benefit of her experience was a goal, so mentorship came naturally.  “I always wanted to give back when I was in a position to do so” she shared, “especially to help younger women level up.”  However, Lindsay Anne admits that there was no magical formula she could impart on Alicia, just honest advice and guidance, especially around believing in herself, and her work. “There’s no right path to take.  You have to learn to trust your gut and follow that. In order to do you have to be extremely confident in your work, your vision and YOU will be the only one who sees it in the beginning.”

Lindsay Anne’s passion for mentorship stems in part from her own experiences building her career in fashion photography.  And like with most challenging, creative careers, some of those experiences were not the most positive.  Her hope is to help young women, like Alicia, avoid the potential pitfalls and help them focus on learning, growing and thriving.  “This is business is hard and it only gets harder as you rise,” she said “but if I can help younger women have a better experience or avoid A LOT of the bullshit I had to deal with, then I have succeeded.” 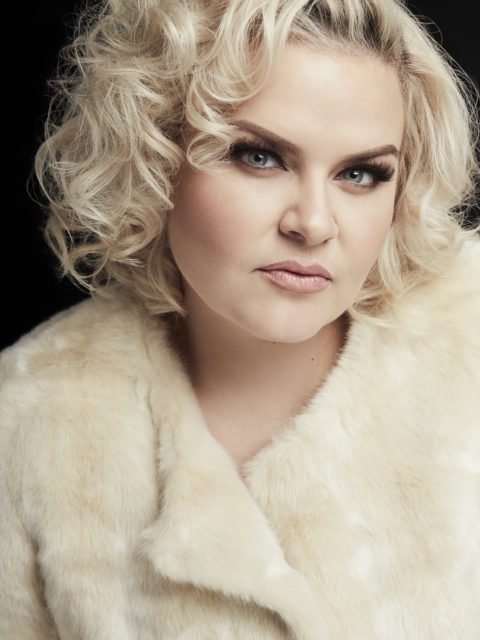 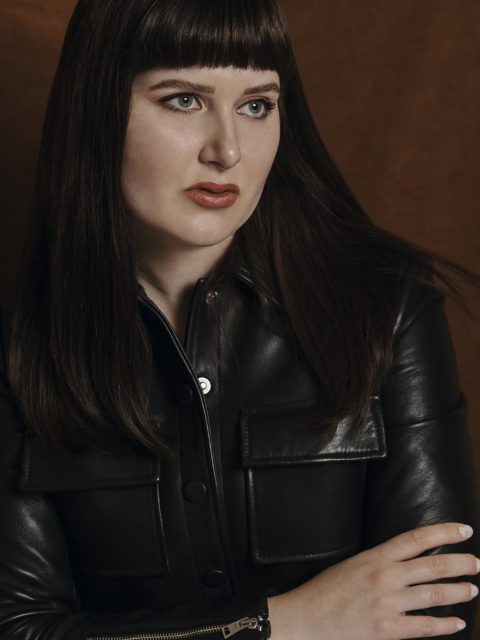 What brought the creatives closer was a passion project with a little role reversal, with Alicia taking the lead with her own vision, with Lindsay Anne capturing it as she brought it to life.

“Lindsay Anne was kind enough to shoot the cover of my previous student-run magazine [Style Circle], that I was running as Editor in Chief and Creative Director” said Alicia. “I creative directed and produced the project while Lindsay Anne shot my concept. Going through the process together both on set and after in these new roles was exciting: both of us coming to the table with our own voices brought us closer. The editorial from this day of shooting is amazing!”

From Lindsay Anne’s perspective, the Style Circle shoot was not only a great teaching experience that she could impart on Alicia, but a way for a mentor to help her protégée achieve something incredible, with what that mentor had already been able to achieve for herself. And it all came wrapped up in a graduation gift.

“We were in the middle of a job for one of my clients and Alicia was extremely distracted” Lindsay Anne explained.  “She was the first solo Editor-in-Chief [of Style Circle] to date. She was having trouble securing a team (it’s really hard to get a team together to shoot an editorial.) I knew whatever was going on in that head of hers, and that the cover story would be fresh and organized.  So, I told her I would shoot it for her as a graduation present. After all, interns don’t get paid and she deserved to graduate with a bang.  Now, Alicia was emailing agencies with my name attached, giving her more clout.  She had everything booked with agency artists, models within a few days. [On set] I treated her like a client and pushed her to be the artistic director she needed to become. It was a beautiful moment, and the shoot was super dope.”

It was this experience, combined with the many other shoots this dream team worked on, that prepared Alicia to take on the very same project the next year, but this time she would be the one behind the camera.  “It was a real full circle moment” Alicia shared. “Cover shoots are always big days on set, so I was pulling from all my knowledge I gathered from my experiences on bigger sets. I was proud of how everything came together in my unique vision and seeing the transition of my work one year later. Seeing Issue 04 (which Lindsay Anne shot) and Issue 05 (which I shot) right next to each other really warms my heart; it’s a literal visual commentary on our growth together as a mentorship.” 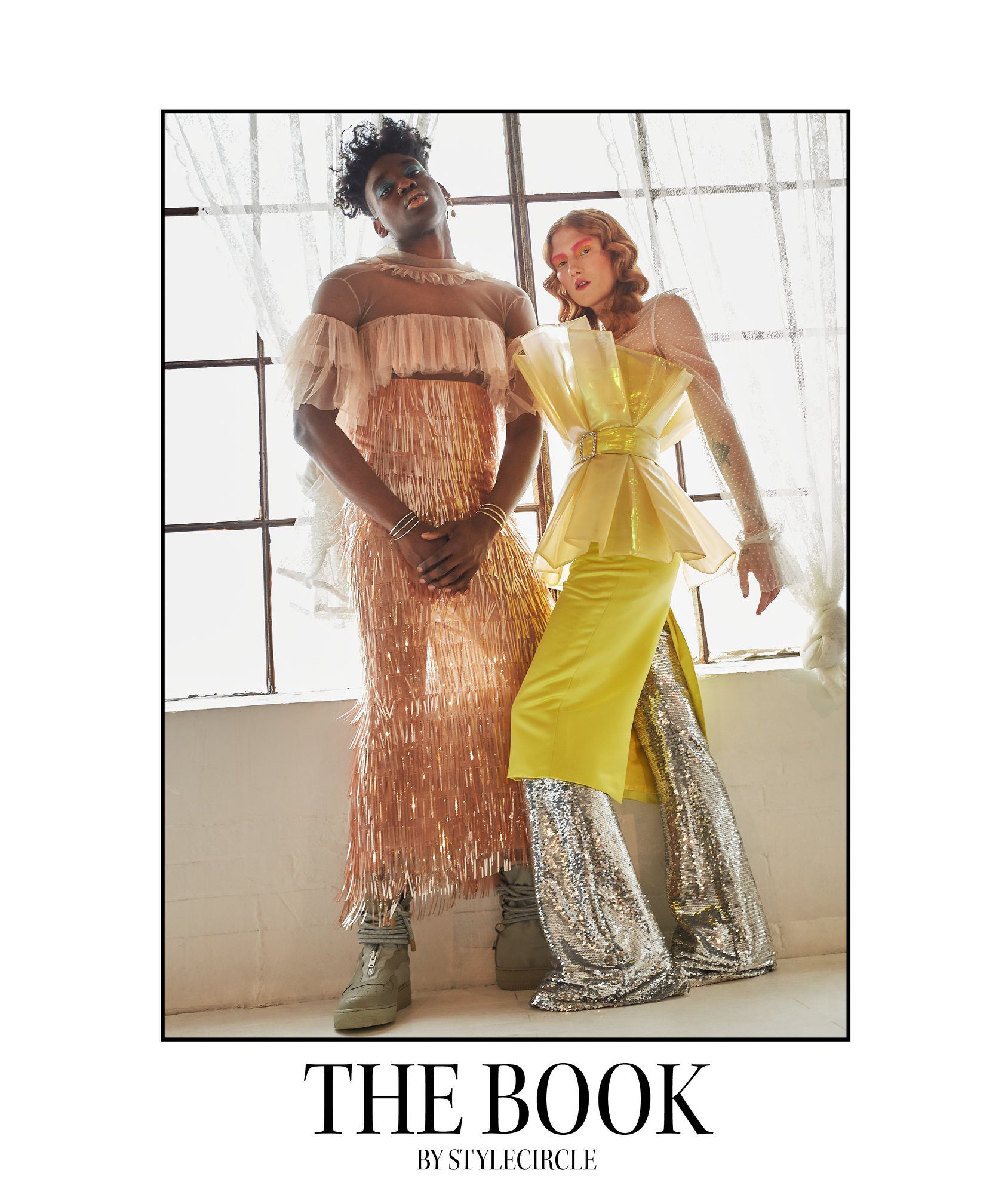 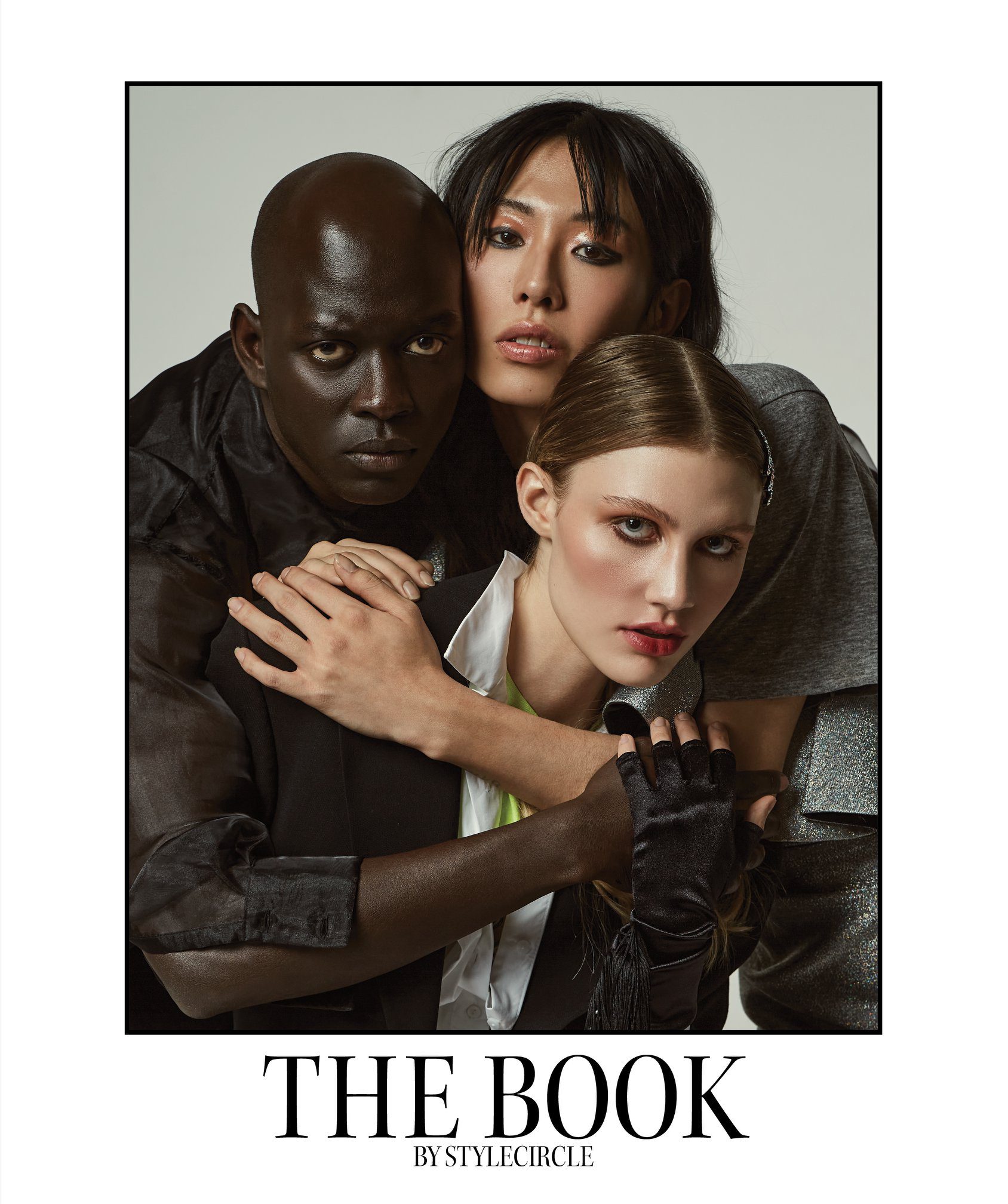 “It’s hard to put into words what Lindsay Anne has taught me, because so much of it is intangible growth of spirit” Alicia shared. “I think Lindsay Anne can attest, my confidence and self-value as an artist and creator have increase exponentially. I’m sure partly this comes with age, but I’m also sure it’s because of the situational education I have encountered while working with Lindsay Anne, or hearing from Lindsay Anne. Knowledge is power and confidence, especially when trying to find work in a sea of creators.”

It’s that growth, among the many other things, that makes Lindsay Anne proud of her protégée.  “Alicia has really come out of her shell and has grown as a photographer, graphic designer and an artist. She has taken everything I have given her and ran with it. This little human is going to make a name for herself in this industry. And she is learning to say no to me, and I LOVE IT! She gets it. She respects me. I can’t explain it but I can see her future. It’s bright. And that gives me such a proud mama bear feeling.”

Alicia offers this advice to her fellow young creatives looking for someone to help them along their path: “Seek out someone you admire; you may be surprised that you actually connect with them. Asking for coffee is one thing, but come up with good, decisive questions regarding larger goals. When you do find a mentor, always respect and value one another; once those traits are gone there is no space for honesty and mentorship. It’s so rare to find a fellow creator who respects your skill set, who just wants to uplift teach you. Mutual appreciation without ulterior motive feels so rare in this industry of competing against one another; that’s why I am so grateful my mentorship with Lindsay Anne.” 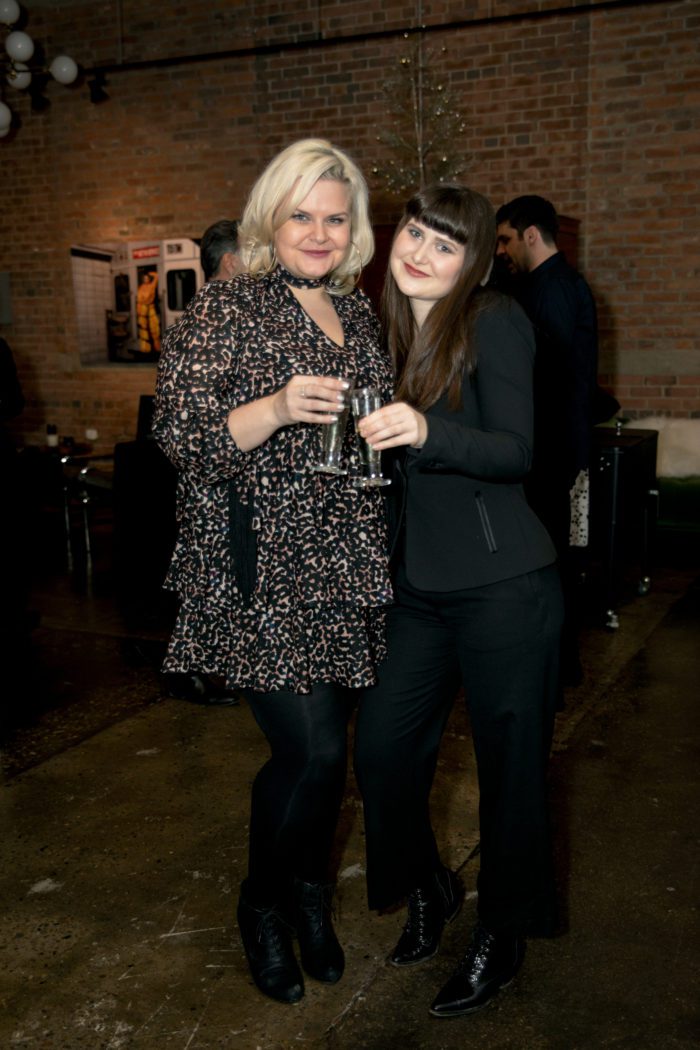 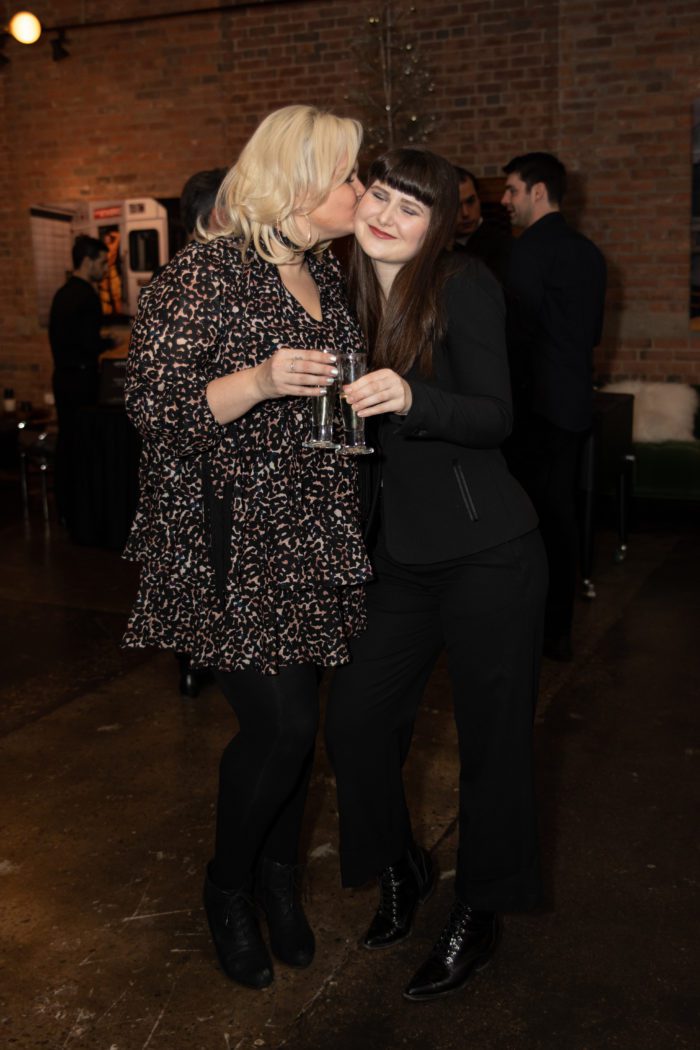 Lindsay Anne and Alicia share a beautiful connection, and they continue to work together to help each other achieve their dreams.  And along the way, the art they create makes our world that much more beautiful.  It’s apparent when you’re in the presence of this pair, that their relationship is special.   And it’s no surprise:  when something is built on a foundation of mutual respect, admiration, and a desire to help one another succeed, only goodness can come.