Since their 2022 debut, I’m Not Sorry, I Was Just Being Me (an LP steeped in immersive arrangements and haunted vocals) the band understands that its lengthy title may throw some for a loop. Then again, they probably don’t care.

Critical acclaim and a current North American tour notwithstanding, it’s the relationship between King Hannah’s two members that make things click big. Moreover, it’s also a joint effort, one built on a democratic approach to creativity and their enduring friendship. ADDICTED’s Myles Herod had the chance to talk to the UK duo discussing the cinematic qualities of their music, discovering America on the road, and the necessity of constantly moving forward.

ADDICTED: What was the impetus that brought you guys together to create music and form King Hannah?

Craig Whittle: I started working in a bar that Hannah was already working in, and I instantly recognized her from seeing her perform at a university band night a few years earlier. So, I knew how exceptional she was. And from there, working in the bar, we became really close friends and found we wanted similar things and had similar tastes in music.

Your latest album I’m Not Sorry, I Was Just Being Me is also your full-length debut LP. Why was it important to release an LP now?

Hannah & Craig: Well we had brought out an EP in late 2020, which made people aware that we existed, so this felt like the right time to release a full-length LP in order to keep building on that momentum. We never really got to tour the EP due to COVID, so to release an album and get to play it all over the world is a dream come true.

I hear a lot of PJ Harvey and Portishead in your sound. Apart from them, who are some other influences that we wouldn’t immediately come to expect?

Craig: We love PJ Harvey and Portishead! During the writing and making of the album we were listening to a lot of Bill Callahan, Sun Kil Moon, Red House Painters, Jason Molina, Mazzy Star, Courtney Barnett and also a lot of older 70’s stuff like Neil Young, John Prine and Can. I think all of these influences seep into the record in one way or another. We really love records that sound honest and real, like people playing in a room together.

Hannah Merrick: We always say too, that the music we write and record reflects the artists we’re listening to at that very moment in time, which is why the EP sounds very different to the LP. Both from a songwriting perspective and how the record sounds. We were listening to very different artists when making both records. 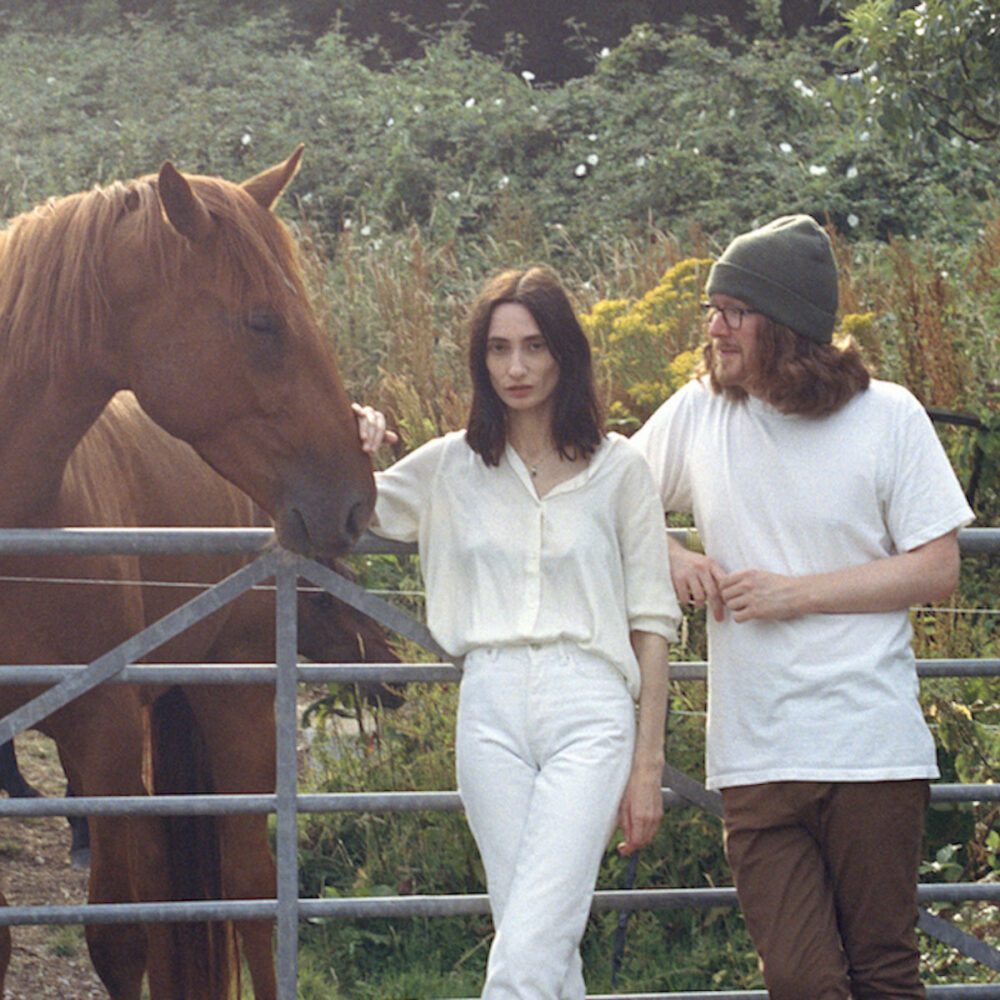 Maybe I’m wrong, but there’s a genuine cinematic quality to your music. When writing and composing King Hannah material, do you ever use your favourite films as a starting point/blueprint?

Craig: We don’t ever sit down and directly use films as starting points, but we love when music is moving and cinematic and Hannah’s lyrics are so personal and visual that I think the music ends up being a setting within which Hannah’s stories can be brought to life. We love the same things in film as we do in music, the low-budget, very real, grainy, warm nostalgic ones.

Hannah: Sometimes when writing, I’ll think about a film that we have recently watched and use that to tell a story, but I’m talking strictly from a lyrical perspective, not cinematic, that comes
later. The song, ‘I’m Not Sorry, I Was Just Being Me’ for example was inspired by both Steve Carell films, Way, Way Back and Little Miss Sunshine.

With all the amazing reviews I’m Not Sorry, I Was Just Being Me is receiving, how has it been dealing with all the extra, newfound attention?

Craig: We are so grateful to everyone that has listened to the record. It’s a little overwhelming to see how much people seem to be enjoying it. I think being on tour really makes the whole thing seem more real when people in all these different countries are coming to see you play and telling you how much they love the album. I don’t think we’ll ever get used to it.

Hannah: Totally! We’ve noticed a big jump from releasing the EP and LP. The newfound attention is real, and one we weren’t expecting, not to this degree at least. Like Craig said, we are so, so grateful to everyone who has invested their time into us, whether that be showing up at gigs, listening or buying our records.

You’re touring at the moment. As Brits, how is it experiencing new cities, new customs and cultures of North America? Does life on the road ever spark your songwriting process?

Craig: It’s incredible! North America is just so huge, I love how you can drive a few hours and be in a completely different climate but still in the same country. We just played in Idaho, and to the west, you have the forests and ocean and rivers, to the south, you have desert and north you have Canada, it’s so different to the UK in that respect.

Hannah: We’re constantly coming up with new song ideas, yes! And itching to start making them. We’ve seen so many new scenes/moments as if looking into someone else’s life, some of which are completely alien and shocking to us. The aim is to go home and put these stories into songs.

More about King Hannah in the links below