One of the details that The Fabelmens gets just right is how family and home shapes one’s journey from adolescence and beyond.

The movie is about the Fabelmans, computer engineer Burt and former concert pianist Mitzi (Paul Dano and Michelle Williams) who have built a good life through hard work and principle in post-World War II America, and about their children – especially Sammy (newcomer Gabriel LaBelle) who loves making home movies.

He also escapes into his suburban Arizona movie palace soaking up the likes of The Man Who Shot Liberty Valance while boyhood chums obsess over girls. 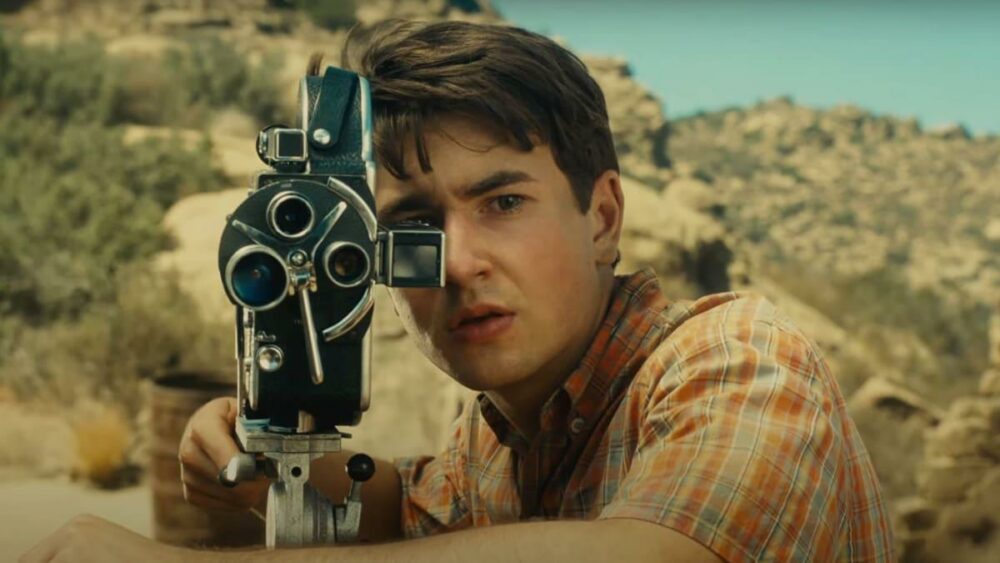 Sammy Fabelman (played by Gabriel LaBelle) in ‘The Fabelmans’

The story, based on the life of the film’s own director, the legendary Steven Spielberg, knows how special that time was. It celebrates it in fact, juggling a large ensemble of memorable characters who come and go, albeit sharply realized. There’s some great cameos here.

However, the movie is not strictly about its hero Sammy Fabelman. It’s about the era, the early 1960s, when idealism collided with older values. Rock music was influencing teens and easing morals on sex influenced the country.

Yes, life was also messy, as when Sammy’s parents announce their divorce or when he’s bullied by anti-Semitic jocks at a new high school. Yet Spielberg allows the camera to linger on these painful moments, creating emotional pause and even awkwardness. Credit screenwriter Tony Kusher who’s given the director’s story weight and complexity, something he’s been lacking for years.

Photographed in honey-coloured hues by longtime cinematographer Janusz Kamiński, The Fabelmans is tougher than it looks. It thankfully avoids schmaltz, too, instead embracing nostalgia  – this is a Spielberg film after all.

By imbedding facts of his upbringing behind a fictionalized family, the now 75-year-old director and his on-screen proxy confront his childhood with a camera. And it’s a brilliant rendering, learning one can alter lives through its lens. He is, after all, the most commercially successful director of all time.