Canadian artist Sam Drysdale is a unique talent with a unique voice. Favourably compared to John Mayer and Ray La Montagne, his musical journey began in earnest after winning the prestigious Slaight Music‘s “It’s Your Shot” competition in 2014.

Since then Sam’s passion has paved a path for opportunities far and wide. Between formative stints in Los Angles and Nashville, he has now relocated back home to Toronto, ON, where he continues creating new music including his second EP, Vicelove, produced by Thomas “Tawgs” Salter (Lights, Walk Off The Earth, Scott Helman).

With the release of his latest single, entitled “Dream About A Girl” (via CadenceRecordings/Ingrooves and all streaming platforms) Sam’s captivating croon ruminates on dreaming of someone you can’t shake for days afterwards. ADDICTED’s Myles Herod caught up with him to chat about his current dreams, music, and aspirations for the future.

ADDICTED: Your new single “Dream About A Girl” is a mellow, evocative delight. It also came to you in a deep sleep. What was it that made it so memorable?

Sam: It was how intense the dream still felt when I woke up. I could feel it in my lungs and my chest. I could also still remember bits and pieces of the melody which is very rare for me. I often hear melodies in my dreams but they never stick around when I wake up. It was such a cerebral feeling.

For you, how unusual is it for a song idea to germinate from a state of unconsciousness?

Sam: This was the first time. If I’ve been listening to a lot of music or playing a lot of guitar, I’ll dream in melody but never to a degree that’s genuinely inspiring. Not like this.

You were born and raised in southern Ontario to a musical family. What did you learn by moving to Los Angeles and Nashville to pursue your musical aspirations?

Sam: What’s funny is that when I chose to move, LA and Nashville were where the best of the best would go to cut records. But now, Toronto is absolutely right there. Maybe even more influential in some ways. Moving away gave me a thicker skin for newer environments but I’m glad to be making music in the city I call home. 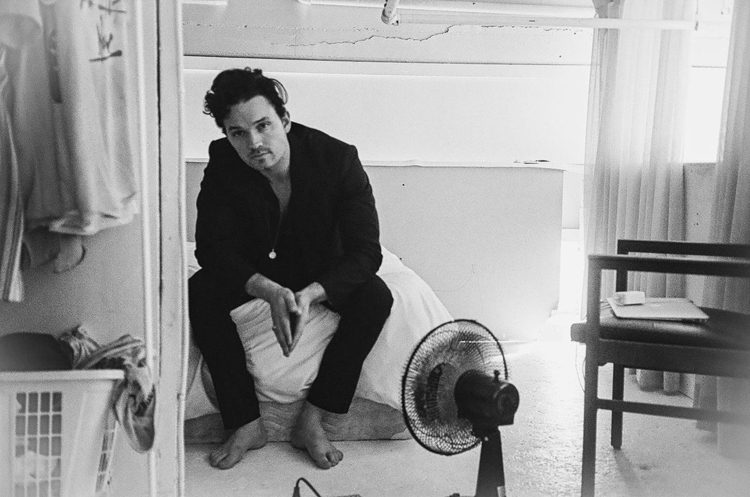 You’ve since relocated back to Canada and have continued releasing new music, when did you know coming back home was the right move?

Sam: My signing with Slaight Music was the main reason. After I won the “It’s Your Shot” competition, Toronto really started to pop off as the go-to place for popular music. The amount of talent in this city is truly incredible…and intimidating.

What impact did winning Slaight Music’s annual “It’s Your Shot” competition have on your career?

Sam: Everything. Without Slaight, I have no idea where I’d be. The support from Gary Slaight, Derrick Ross, and the entire Slaight team has been monumental for me. Their patience has allowed me to really explore multiple avenues of myself and I feel like I’ve finally found how I’m meant to make art.

Comparing your creative process to the past, how will “Dream About A Girl” affect the way you write music in the future?

Sam: I gave myself permission to be patient with the writing of this song and this record. While I have no interest in slowing down, I will always give myself the necessary space to have the right mental/emotional mise en place to create. I’m really tied to this project, and that’s because I approached it with complete honesty and very little desire to compromise.

More about Sam Drysdale in the links below