Sam Fender, the 27 year-old UK triple threat (singer-songwriter, musician, and actor), has dropped a few singles throughout August and September to give audiences a little taste of what is to come on his highly anticipated 2nd album, Seventeen Going Under, available October 8th.

On August 20th, Fender released “Aye”, a high-energy, powerhouse song expressing his frustrations with the current socioeconomic status and political climate in the UK. In his purposeful rant, he explains: “‘Aye’ is about the polarity between the left and the right wing, and how that leaves working class people displaced with a lack of political identity, playing into the hands of the 1%. It’s also a rant about my disdain for the greedy tax dodging billionaires of the world.”

Prior to “Aye”, the indie-rock crooner released the title track to his album, “Seventeen Going Under” which currently has 4.8m plays on Spotify about his adolescence and the trials and tribulations of growing up. The deep yet uptempo release of “Get You Down” on September 8th gave fans an idea of how those trials and tribulations translated into insecurity and its effects on his relationships.

Today, September 27th, Fender did it again releasing another track off the upcoming, intensely personal album called “Spit Of You”. This beautiful piece is a father-son love letter on communication and how the apple doesn’t fall far from the tree. 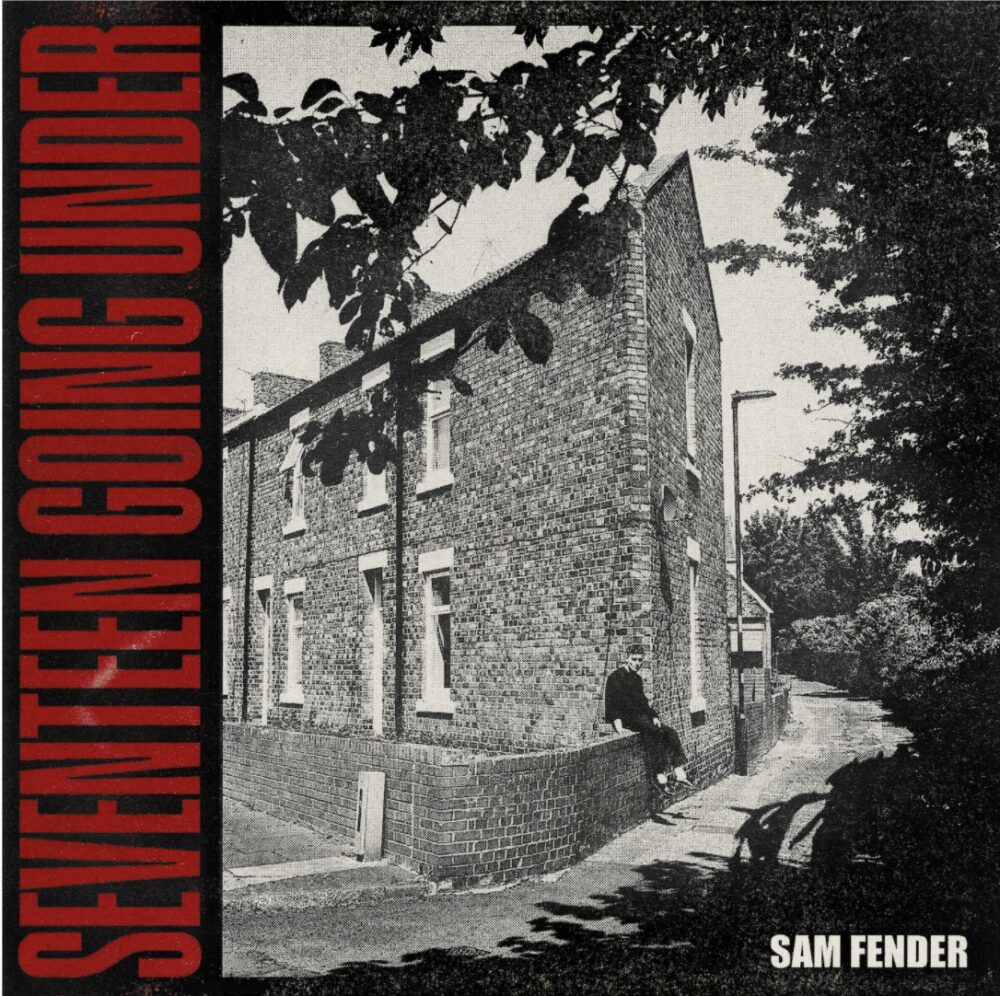 With rave reviews from New York Times, Billboard, Rolling Stone, and other top publications, Sam Fender has wowed the world with his brutally honest songwriting capabilities, powerful yet soothing vocals, and impressive guitar skills on nothing other than his Fender guitar. At the end of 2018, the North Shields, England native took home the BRITs Critics’ Choice award and has made appearances on The Tonight Show Starring Jimmy Fallon, Jimmy Kimmel Live!, and CBS This Morning – Saturday. He is internationally loved and has a lot more in store for his fans.

Why get excited for this coming of age album? It’s refreshing on the palette thanks to Fender’s compelling voice, brave storytelling, and vivid imagery experienced when listening to each track so far released. “His hometown of North Shields is the ever-present backdrop for the vignettes of a young life travelling breathlessly from nought to sixty, hauling on the breaks and zipping back again from where he started. Over the course of the record, these stunning songs chronicle all the cherished memories, tricky encounters, and events that Sam cannot unsee”.

Seventeen Going Under can be pre-ordered HERE

Creator in both music and business, Sarah is a pop-soul singer-songwriter currently building a retreat company. She divides her time between Toronto & Dominican Republic making music, creating experiences, curating content, & enjoying life with her dog, Cookie.