Lemmon Stage, founded by Lemmon Entertainment, in partnership with the El Mocambo is supporting music industry recovery by providing an ongoing professional development platform for emerging artists. Lemmon Stage is the only year-long program at the El Mocambo, presenting live performance opportunities for new talent.

Unlike your standard artist website link to an ‘about me’ or ‘bio’ page, Toronto-based singer/songwriter Marina Lin took the big steps to outline her personal journey as an artist and a person. Not only does this visual self-exploration serve as an introduction to Marina, but it also tells the story of how this young musician has coped by creating art from personal challenges. Her work and endeavours have led to the release of her new EP, from me, to you. The EP breaks a bit from Lin’s acoustic bedroom pop and evolves both the production and songwriting from her previous output. Prior to her show on The Lemmon Stage at the legendary El Mocambo, ADDICTED sat down with Marina and asked, among other things, about the deeply personal nature of her songs.

“I can’t really write well with imaginary narratives. Maybe that’ll change in the future. But everything I’ve learned to write and share through music has just been honest and real based on what I’ve experienced. I don’t think I would hold back on anything I felt or experienced. I guess I didn’t expect people to really resonate with it, but I think (they did) because I didn’t hold back.“

From a young age, she studied piano but didn’t come to be a songwriter until she picked up an acoustic guitar at the age of 13. Inspired to learn guitar via YouTube to play along with Taylor Swift’s 15, this was the process that brought Lin to quite literally find her voice.

“She was a big, big inspiration when I was younger. I started learning her songs and started playing and then that’s actually when I started singing. I realized that it got a little boring just playing the guitar. That’s really how I found my voice.“

Marina kept to her bedroom learning and playing cover songs before she decided to start posting them on YouTube. This led to the odd school talent show or coffee shop performance and eventually, to the first song she wrote. To date, the lyric version of this is what a broken heart feels like is approaching five million views and helped take her story of a traumatic breakup to a wide audience of listeners. When asked about reflecting on the song that brought her to her many fans, a wise and poignant Marina said “It’s a reminder of my past and the hard relationships that I’ve been through. I think I’m in a really good place right now with my partner and whenever I play that song, it just reminds me of those struggles and to not take being happy for granted. I get emotional sometimes listening back to it just because I was going through really dark days. It doesn’t hurt as much playing it anymore, but definitely, I’m grateful to be playing it so I can appreciate where I am. It allows me to go back to that space of vulnerability.”

Marina has also been open about her mental health, especially anxiety and depression. However, she is careful to not be too dark or intense.

“There’s been some stuff I don’t want to put in (a song) because I don’t want to trigger people. There are times where I feel like there’s a lot of pressure, that if I write something, someone will be offended. I overthink a lot and at times, I wish I could not have that voice in my head, but I feel like a lot of people that listen to my music are also vulnerable. I think my audience knows that over the past few years, I’ve grown and mentally, I’m in a better place and want to share healthy ways to cope but it’s unrealistic to always feel perfect when dealing with life. I still have some old habits that I use as coping mechanisms but I feel pressure to guide (her audience) through to a good space.“ 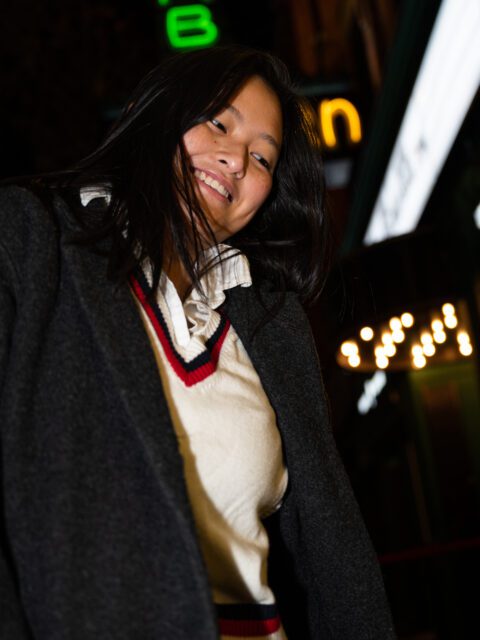 Marina Lin under the neon palms. Photography by Aron Harris 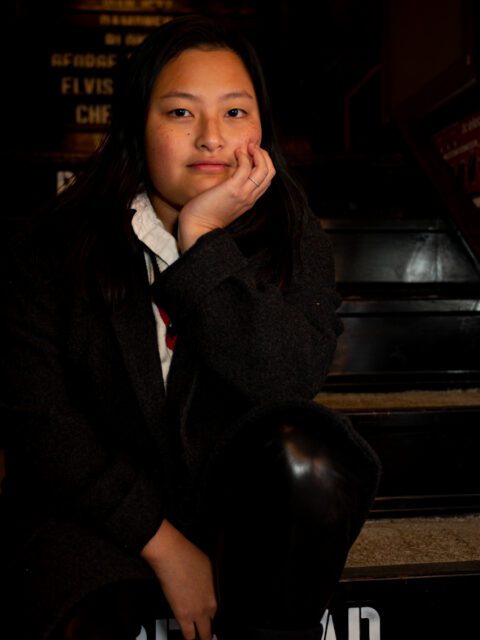 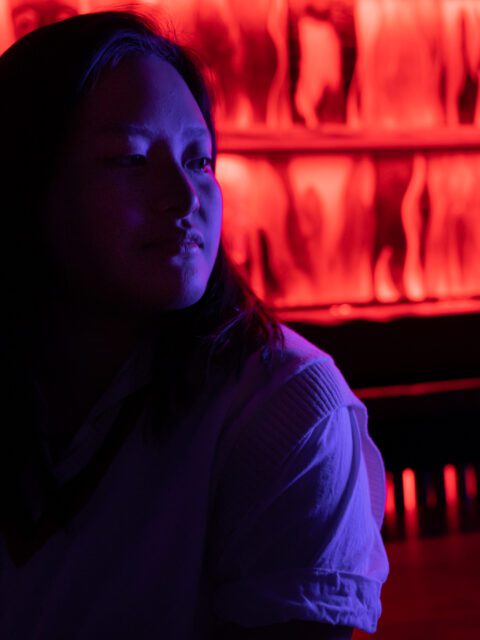 As a member of the LGBTQ+ community, Marina also understands who else she represents.

“Sometimes I feel the pressure to be more outspoken about LGTBQ+ things. I obviously represent and do as much as I can but sometimes I just live my life and don’t have to be ‘I’m queer, this is gay content, this is a gay music video.’ I feel that it’s just a part of me and I think it’s easy to say ‘She’s a queer artist’ but first and foremost I don’t see myself as a queer artist, I see myself as an artist.”

Asked about the future, Marina plans to get back to her roots and release from me, to you in an acoustic format. Continuing the strides she took and lessons she learned from writing and releasing her latest EP, she has plans to write more in this vein.

“Now that I released my first project that has more interesting production elements and storytelling content, I want to keep writing in that pop world but I want to allow myself to step over the singer/songwriter label.“

Any nerves Marina mentioned in our interview weren’t present in her performance. She sounded great and exuded confidence from the stage.

Make sure to listen to her new EP, from me, to you and keep an eye out for performances from this bright young star in 2022. 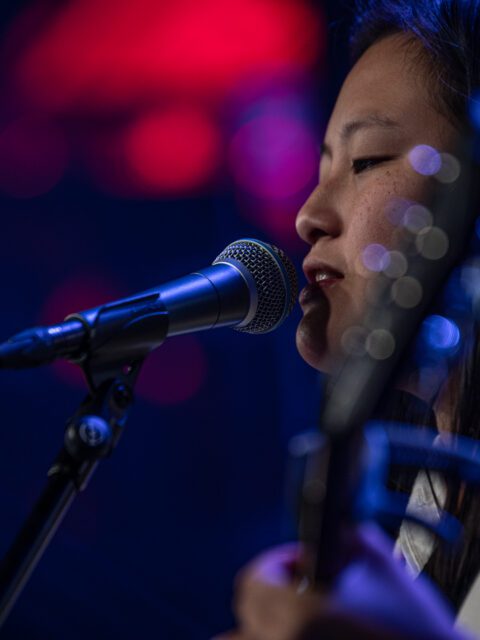 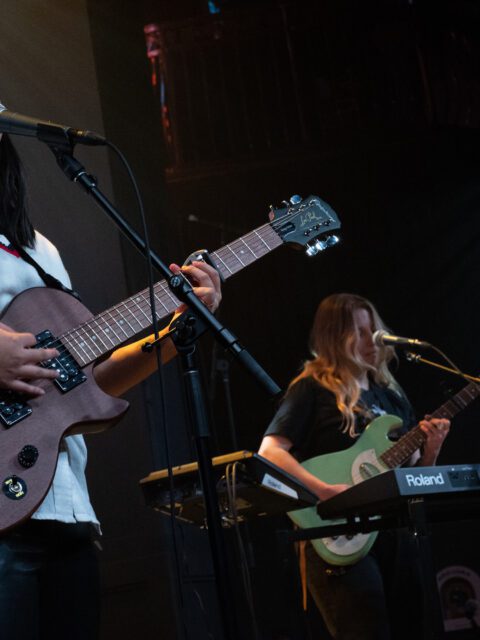 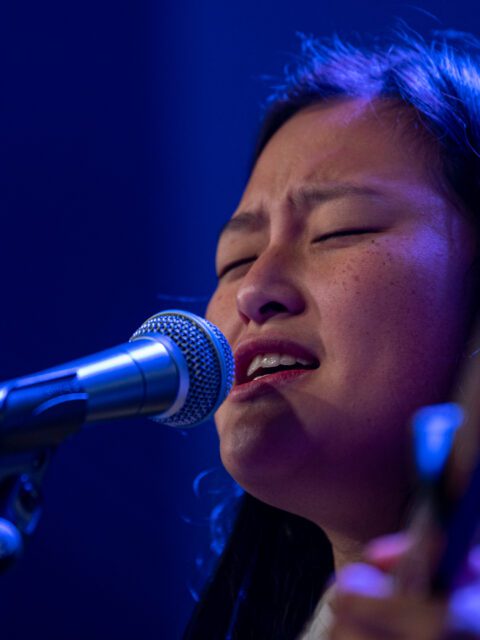 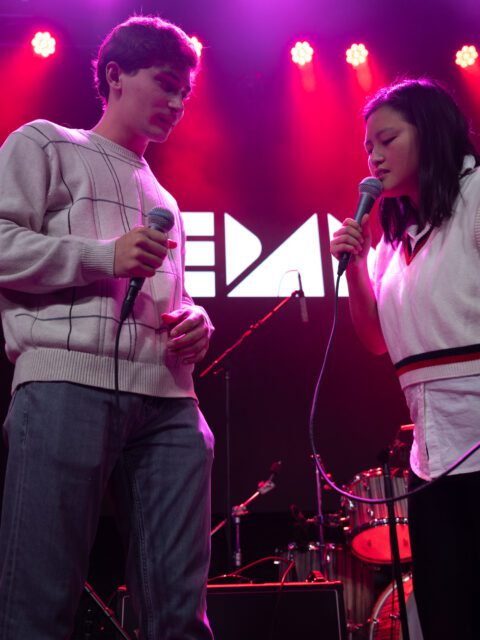 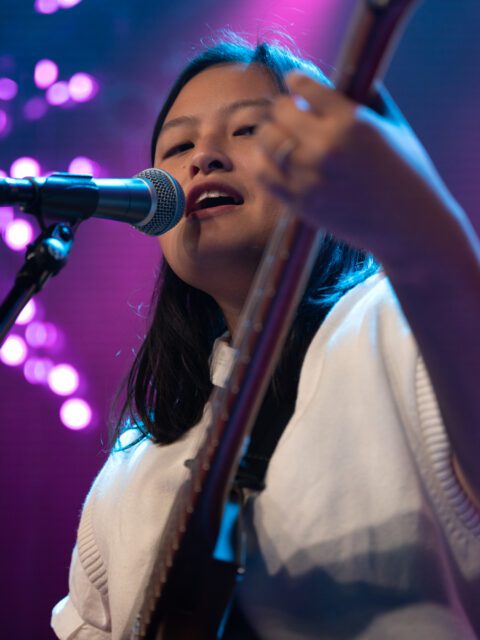 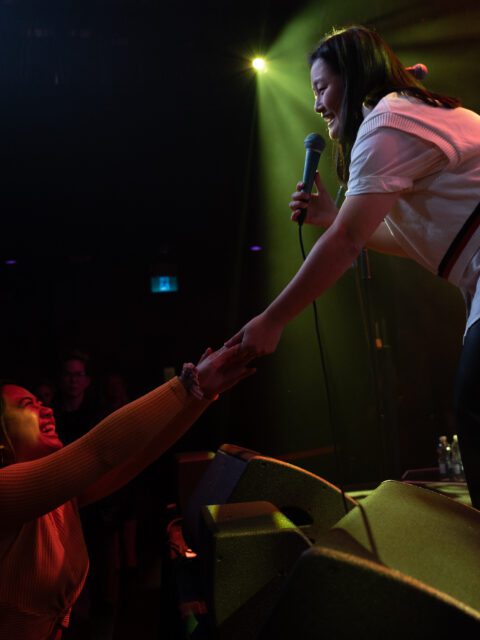