To talk about two-time Academy Award-nominated cinematographer Edward Lachman is to talk about his long-running creative partnership with director Todd Haynes. Responsible for the visual look of five of Hayne’s films (I’m Not Here, Far From Heaven, Carol), their latest collaboration, a feature-length documentary, marks new territory.

Entitled The Velvet Underground (now streaming on Apple TV+), the film is a visual feast of mid-century art and music, chronicling the seminal American band formed by Lou Reed and John Cale in 1964 (under the auspices of legendary artist and impresario Andy Warhol).

ADDICTED’s Myles Herod recently talked with Edward Lachman about his time working on the project as well as his incredible six decades in the film industry crossing paths with some of the most influential image-makers of the 20th century.

ADDICTED: You and director Todd Haynes have had a long and fruitful working relationship together. What was your reaction when he told you he wanted to make a documentary about The Velvet Underground?

Ed: Well, I was around New York during that period 50 years ago. I knew Lou Reed. I knew Nico. I met Andy Warhol. I was around The Velvet Underground, the Factory. Actually, Max’s Kansas City is just a couple blocks from me, which is no more. It’s a deli now! But, to revisit it all is bittersweet because so many people are gone. That’s why it was great to see John Cale again and share those stories, it’s like opening a diary. So much of Todd’s work is always referencing different time periods. I worked on his Bob Dylan homage I’m Not There and it’s always a new adventure. I’m always open to his ideas. He’s always opening up old doors in new ways.

Ed: Well, this time around there were limitations. Not having Lou, for one. Not having a lot of original material from that time period, even though they were around all these visual artists at Warhol’s Factory. Amazingly, there just wasn’t a lot of film documentation of The Velvet Underground as a band. But Todd, the way he and the editors piecemealed through the material they had, they’ve made something with the same creative energy of that time period. For me, the film is about the creative spirit of how work was generated back then in the 1960s.

Tell me about your role as cinematographer on the documentary. Was it a long shoot?

Ed: We started in 2018, but we didn’t interview everybody at the same time. Intermittently, we filmed who we could get when. Now, Jonas Mekas was the first person we sat down with because he was 96 at the time. He was totally aware and articulate. But, we were so afraid, so we shot him first. Then Moe Tucker took a longer time. We travelled to where she resides in Georgia, where she’s been living quietly all these years. John Cale was in New York and we got together at a studio in Brooklyn. Then we shot Jackson Brown in Los Angeles. For Johnathan Richman, we made our way to San Francisco to interview him. But, because it’s my job as a cinematographer, I try and keep the look of each interviewee all the same feeling – with the one light source lit from camera left. 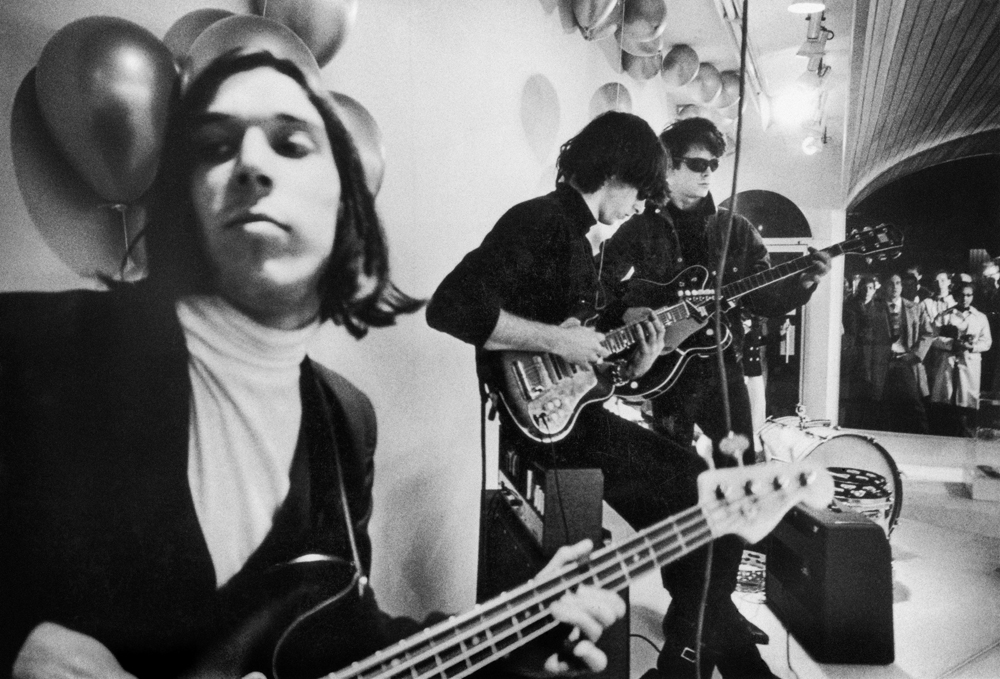 Did you learn anything about The Velvet Underground that you didn’t already know?

Ed: Well, I didn’t know all the peripheral people around The Velvet Underground. I also certainly didn’t know the early background of Lou. John Cale, too. Him growing up in Wales, his relationship with his father and how he worked in the coal mines. That was all new. When John and I met again for this shoot, he was very warm and friendly. One of the reasons Todd and I work together is because he likes the fact that I knew a lot of these people 40 or 50 years ago. There’s a familiarity there, which made it very easy for a dialogue to occur.

As a cinematographer, you’ve worked on numerous feature films. You’ve also worked on a lot of documentaries, too. For you, what’s the difference between both?

Ed: Because I started my career with the Maysles brothers, and my background is documentary, for me all films are documentaries. Nothing happens in the same movement, time, and place. So all film, even though you can set up a story and script, you’re really documenting that performance and that moment in time. So, I always try to work off of what’s in front of me.

Do you have an example?

Ed: Well, say I’m implementing something as expressionistic and visually mannered as the 1950s in Todd Hayne’s Far From Heaven, I still take a lot of time my cues from asking, “Where’s the window in the room?” or “How’s the room lit?” and then I’d implement my own feeling towards that reality. Or say, with a film, I did in the 1980s called Desperately Seeking Susan, which was made in the MTV era, I implemented florescent lights with green gels. Or tungsten lights with yellow gels. I remember the crew at the time saying, “You’re weird, Eddie” and I’d reply, “You know, it’s florescent, it’s tungsten. That’s the way the film sees it. Why can’t I push it?” See, my background was art history, studio painting, and semiology, so I knew how painters used colour to create a psychological effect on the viewer. So I said to myself, “Why can’t I also do that photographically in telling stories on screen?”

Having seen the finished documentary, what are your thoughts?

Ed: The way Todd and the editors assembled the images and the brilliance of the stylistic approaches, you get to know everything and experience the feeling of being there. I think the film embodies the spirit of the period in a way that most documentaries don’t. You feel the era. See, the mid-to-late 1960s was very important in the sense of a certain sexual liberation and experimentation with drugs. There was a whole metamorphous of the culture. I come from the hippie generation and by then, in New York, it was the beginning of the punk movement. You know, in the film, Todd illustrates them expressing their own pain, which was never really shown before. It wasn’t love and peace. 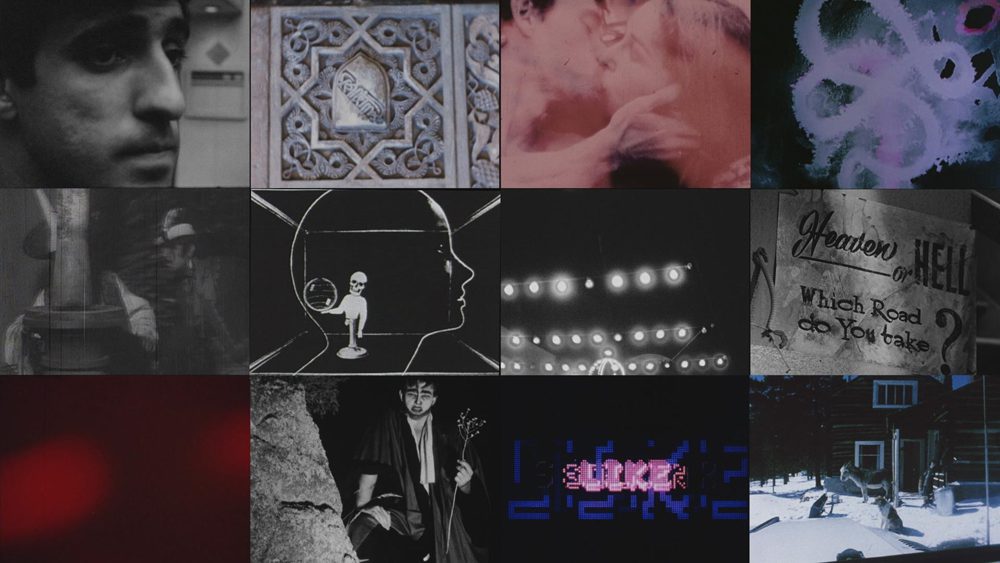 Early in your career, you worked with many of the great, and legendary, cinematographers of the 1960s and 1970s….

Ed: Well, that all goes back to the New German Cinema movement and meeting director Werner Herzog. I met him in Berlin after he showed his first film Signs of Life. We became friends, which led me to work on his documentary La Soufrére. From there I became this oddity working on films like My American Friend by Wim Wenders. That’s where I met the film’s cinematographer Robby Müller, whom I then worked for as his camera operator on Peter Bogdanovich’s They All Laughed. He and I were close friends.

It was a hands-on education, as they say…

Ed: Absolutely. I was very fortunate as a young cinematographer that I had worked with Robby Müller. I also worked with Sven Nykvist when he came to America. He made terrible Hollywood films, but they needed a standby, someone that would be in the union. They picked this young kid that was me. Mostly on the fact that I actually knew who Sven Nykvist even was. Most people didn’t. They thought he was German or something!

How was it working with Sweden’s Sven Nykvist?

Ed: Great. He and I would talk about Ingmar Bergman films all the time. His very first film as a cinematographer was on Bergman’s Sawdust and Tinsel in the early 1950s. Anyways, one day on set, our director, Louis Malle, said to us, “Would you just do the shot and stop talking about Bergman films!”

What an unforgettable moment!

Ed: Isn’t it? Around the same time I also worked with Vittorio Storaro on director Bernardo Bertolucci‘s La Luna in New York. That was my film school. Vittorio Storaro, Robby Müller, and Sven Nykvist. I learned everything I could.

What did you learn from them, if you don’t mind sharing?

Ed: Temperament. But with Sven, we’d light the simplest way. If some guy used 10k (degrees of kelvin) to light a scene, Sven would use a 2K. He’d always work with the most simplistic means. Conversely, Robby Müller was a master of working with fluorescent lights, different colour temperatures. He loved a photographer named Joel Meyerowitz. His book Cape Light from the 1970s is just beautiful. He played with different colour temperatures, like how fluorescent lights go green, and sodium vapour goes orange. Daylight can go blue, all that stuff. But Robby was a master of different colour temperatures and working with available light. Knowing how to control what was there. Because, like in Europe, you don’t have access to lights, time, and money. You have to learn with what’s in front of you. He was also a great camera operator, too.

And what about working with Vittorio Storaro?  He shot Apocalypse Now, didn’t he?

Ed: He did. He was like the complete opposite of all of them. He created his own signature, his own lighting style. It was chiaroscuro, this burnt-out highlight roughly two stops over, then the shadow detail about three stops under. He was the master of creating his own signature, his own light wherever he went. He was also a great cameraman himself. He orchestrated how the scene should look and then got on the camera, would find the shot, then he’d give it over to the camera operator while he went back to lighting the scene. 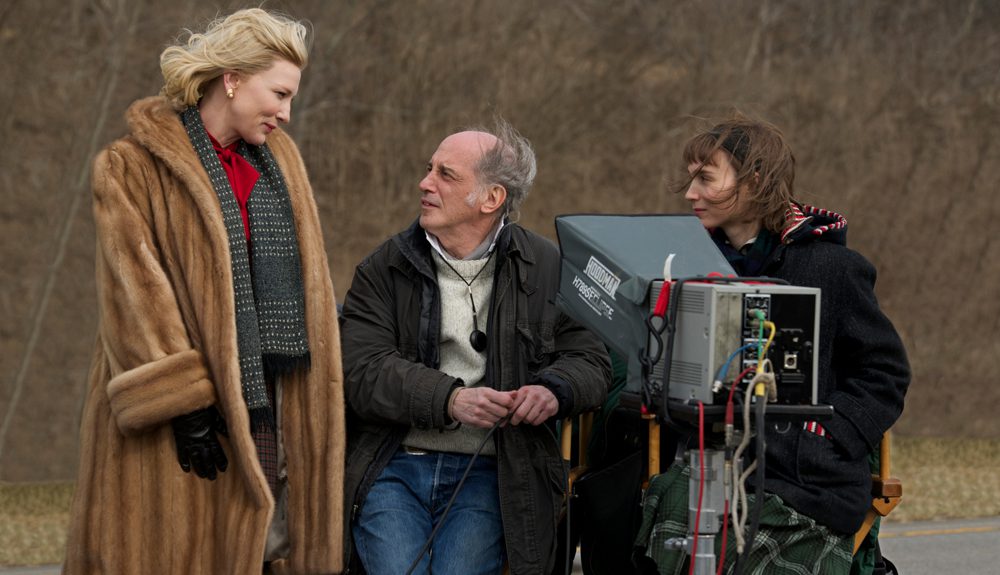 Tell me, you also worked with the great Robert Altman on his final picture Prairie Home Companion in 2006. What was that experience like?

Ed: We got along great. The thing about Robert Altman was he always shot his films like a jazz musician. He’d use three or four cameras, all moving around. In doing that, he always wanted the improvisation of the moving camera with the actor’s performance, which is very much the way jazz works. He always had a great love of music. He came up through that. He also came up through television. He understood how to use multiple cameras because that’s how it was done in television. His favourite thing to say before rolling was, “Let’s boogie.”

Altman’s films were well-known for their complex camera moves and overlapping dialogue. How difficult was it to light a set like that?

Ed: Well, after every take I would change things in the background so we weren’t always getting the same shot, and he never caught on! What Altman didn’t know was I knew a lot of camera operators that worked with him and they were frustrated because when you move the camera in three different directions you don’t have any place for lights. His response to me was always, “That’s your problem.”

What did you do?

Ed: At that time, I was in the school of lighting from practical sources. For example, with a window or light bulb, I would just make it a little stronger. A little brighter. I didn’t care if you saw the light. Especially because we shot that film on a stage. If you saw the lights, you believed it was part of the set, which they were. So that gave me great freedom of how to move the camera.

Ed, with your career spanning decades in the film industry, what do you know for sure?