Bruce LaBruce may very well be Canada’s last punk artist. An iconoclastic filmmaker, photographer, and writer, he just can’t stop creating. Defiantly sexual, and often political, LaBruce’s filmography has found longstanding acclaim at home and abroad since his debut No Skin Off My Ass in 1993. His most recent work, the 1970’s-set Saint-Narcisse, presents a reimagining of Narcissus – the Greek myth of youth and self-obsession – now updated to the clandestine backwoods of Quebec.

LaBruce spoke with ADDICTED‘s Myles Herod about the themes of twins and religion woven throughout Saint-Narcisse, the old and new schools of movie-watching, and what superhero franchise he’d consider taking a shot at, given the chance.

ADDICTED: My first introduction to you, and your work, was in 2005 when you interviewed director Harmony Korine onstage in Toronto. It was an unpredictable evening, with Harmony semi-incoherent at times. Do remember that night?

Bruce: I do. We had already been friends for quite a while by that point. I met him when he was just 17-years-old at the world premiere of Kids at Sundance in 1994. Harmony, Larry Clark, Gus Van Sant, and myself all had a big dinner afterwards. I was there with my film Super 8 ½. But Harmony, well, he’s a very reticent person. If you go back and watch his old David Letterman appearances, I mean, it’s hard to get a word out of him. But, because we’re friends, I think I drew him out quite well and he actually revealed a lot of personal things about himself that wasn’t known before. It’s a bit of a talent of mine. When I interview artists they tend to confess a lot of things publicly for the first time. I’ve done that with people like Terry Richardson, Bijou Phillips, and Karl Lagerfeld.

Just a year prior you released Raspberry Reich, a film that caused controversy, but also brought you a lot of attention. 8 films and 17 years later, you now have Saint–Narcisse. How do you think your journey has evolved since then?

Bruce: Just looking at Raspberry Reich, it was a super no-budget guerrilla film involving “terrorist chic” and radical queer expression. It was also more pornographic in nature, too. Right after that, I made Otto, which was a horror zom-com and a more ambitious film. It was a bigger budget, a proper shooting schedule, somewhat elevated production values, but still guerilla…

And by guerilla, you mean…shooting without permits?

Bruce: Oh ya, for everything. However, with Otto we started doing things a little bit more by the books. Still, with a film like that comes a really skeletal crew and quite often only about 10 or 15 people. Or at least no more than 20. You just have freedom. You can spontaneously grab a location on the run while always being just steps ahead of the police or building managers.

Bruce: It was exciting. It was also gonzo. There’s a lot of adrenaline. And, because it’s not union, so you can shoot all night. Things then changed in 2005 when I made Gerontophillia, which was my biggest budget up to that point. It was designed more as an independent feature financed by the Quebec government. It was also my first union picture with my first million-dollar budget. Every morning I’d wake up at 5:30 AM and there’d be an SUV waiting for me with hot cappuccino.

Let’s talk Saint Narcisse. It’s based on the Greek myth of Narcissus, a youth who pined after his own reflection. Your interpretation, however, is set in 1970’s Quebec. Why?

Bruce: The film is my homage to 1970’s Quebec cinema, which had a huge effect on me as a kid. I was quite influenced by Canadian director Paul Almond who was married to Geneviéve Bujold. Together they made a trilogy of films together (Isabelle, Act of the Heart, and Journey). I saw Act of the Heart on CBC when I was 12 or 13 which starred Donald Sutherland as a priest who has sex with a country girl on the altar of the church. Then, at the end of the picture, she goes to the park, douses herself with gasoline and sets herself aflame as the credits roll. As a kid, that had a huge impact on me.

Dark stuff. I can see the connection between Saint-Narcisse, though.

Bruce: For that period, it was a style that was weirdly Freudian and having to do with, you know, strange taboos. Quebecois films from the 1970s were quite often about these dark secrets from the past. Also, family secrets like incest or being raped by a relative, and quite often, involving the church, too.

You’ve long been a provocateur in the international film world, from explicit sex scenes to gerontophilia. In Saint-Narcisse you tackle the taboo of incest. However, not incest between a mother and son like in Louis Malle’s Murmur of the Heart. Here it’s incest between identical twins. What drew you to the subject matter? 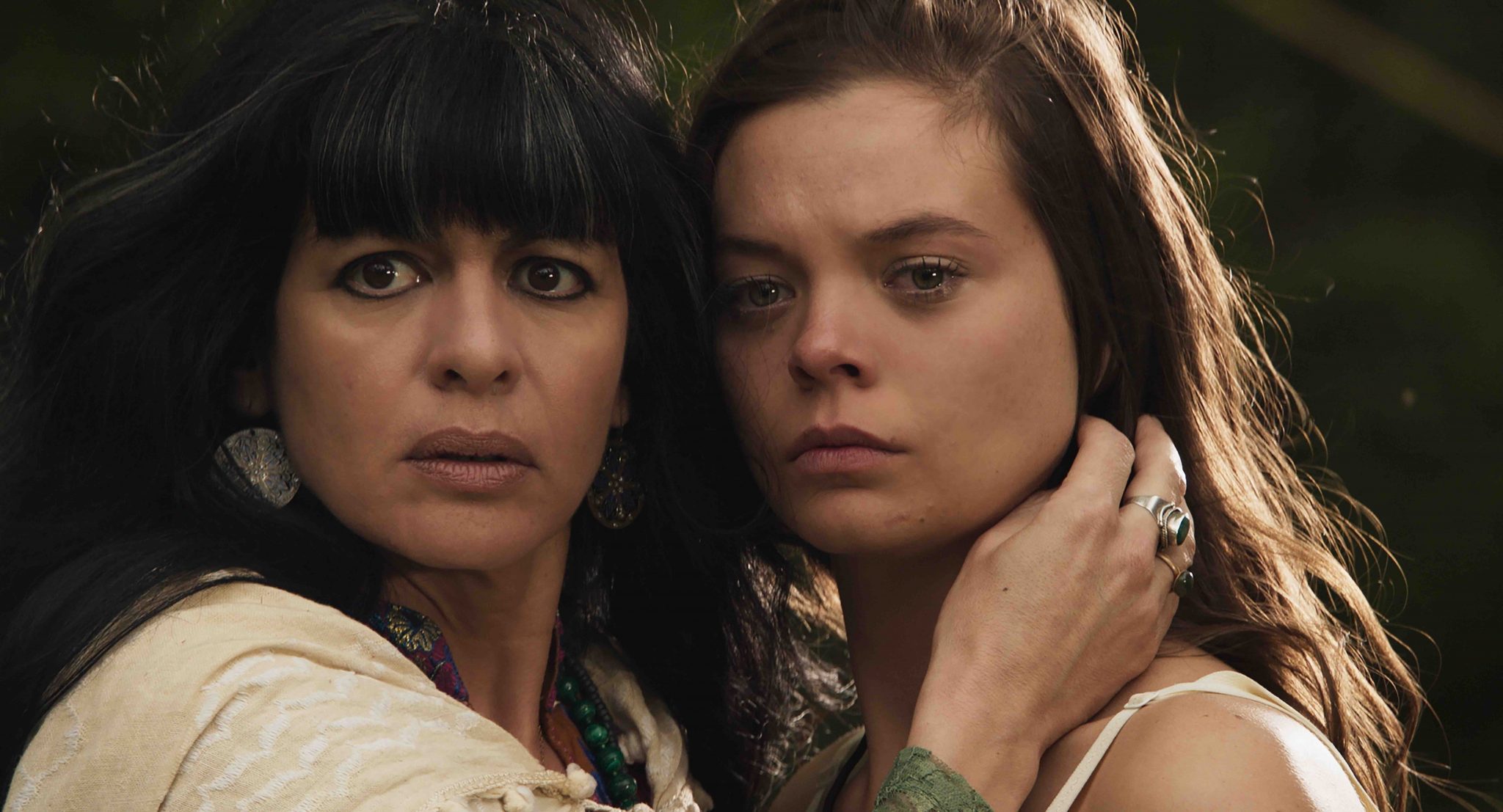 Your main actor, Félix-Antoine Duval, stars as the film’s identical twins. Twins who form a sexual relationship. How did you go about casting the role?

Bruce:  We had a great casting director and Felix was one of about 15 or 20 guys we looked at. You know, to me, if you’re going to cast a narcissist he better be a pretty good-looking guy. Truthfully, he just seemed the most open. He was open to the film’s concept and has a great disposition. I like working with people who are easy-going and fearless. In terms of acting, he had to develop two distinct characters, which is why we had an acting coach. We talked about it a lot; how he was going to distinguish between the two roles through body language.

Bruce: With Geneviéve Bujold! I certainly watched that as a reference to see how Cronenberg did the effects, which at that time were quite advanced. However, with Saint-Narcisse we only did 8 or 9 face-replacement shots in the whole film. Everything else was body-double and split-screen. We tried to do it as old-school as possible. I have a great director of photography, Michel La Veaux, who actually has been around since the 1970s and worked with all those great Quebecois directors like Francis Mankiewicz and Claude Jutra. So we really tried to shoot it in the style of those 1970s films.

When did you realize that you wanted to become a filmmaker?

Bruce: I always wanted to be a film writer, critic, and academic as early as public school. I knew that. So, I went to York University and I studied with the great Robin Wood. He was the famous gay film critic who actually was one of the favourite film critics of Truffaut, Scorsese, and Arthur Penn. He was an English professor who ended up writing for Cahier du Cinema and wrote the definitive monograph on Hitchcock. He was my mentor in University and he was my theist supervisor. He also instilled a great cinephile’s love of film in me. At that very same time, I was also in the punk scene in downtown Toronto making short, experimental super 8 films. Everyone in punk was using super 8 at that time. So I just started out by making very simple experimental films that had narrative aspects but they were also avant-garde. 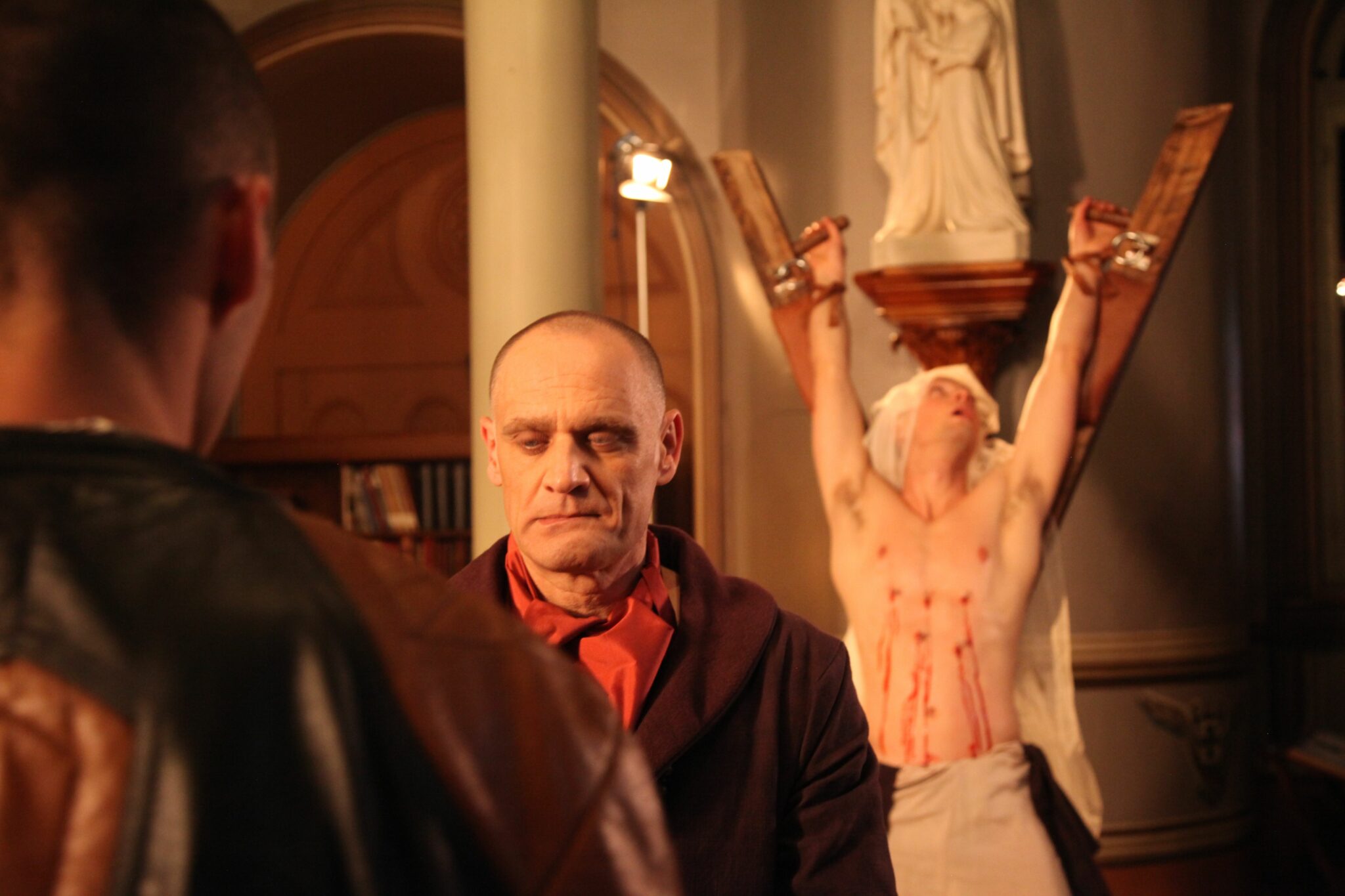 Are you finding it harder to get your stories made in today’s industry? Where do you see independent films headed?

Hypothetical question, but if Marvel or DC approached you to make an LGBTQ-themed superhero film, how would you react?

Bruce, what do you know for sure?

More about Bruce LaBruce in the links below