Would you want to live forever, given the chance? Better yet, what about the idea of uploading your life’s memories to a computer so your grandchildren’s children can meet you one day?

Well, director Ann Shin’s exploration of technology and the great beyond typify those seismic questions in A.rtificial I.mmortality, a well-meaning, yet self-conscious, documentary that literally opens amid the cosmos.

Motivated by her ailing father’s dementia, the Toronto filmmaker serves up lofty concepts once relegated to science-fiction paperbacks. Now, thanks to quantum leaps in AI, those ideas have become hair-raising realities. Employing Shin’s narration throughout a brisk runtime of 74 minutes, the film begins with a quote by ancient philosopher Seneca stating, “The day of our death is the birth of eternity.”

Bold proclamations notwithstanding, such musings are more-or-less met with the director’s impressive assemblage of talking heads. Here Shin truly does her homework, gathering experts ranging from media theorists and neurologists to even like-minded church pastors.

Yes, you heard right. At one point during her tech travelogue, we meet a subset of Christians known as the Terasem movement, or Transhumanists, who believe that God foresaw death as merely “optional” with technology holding the key to everlasting life. 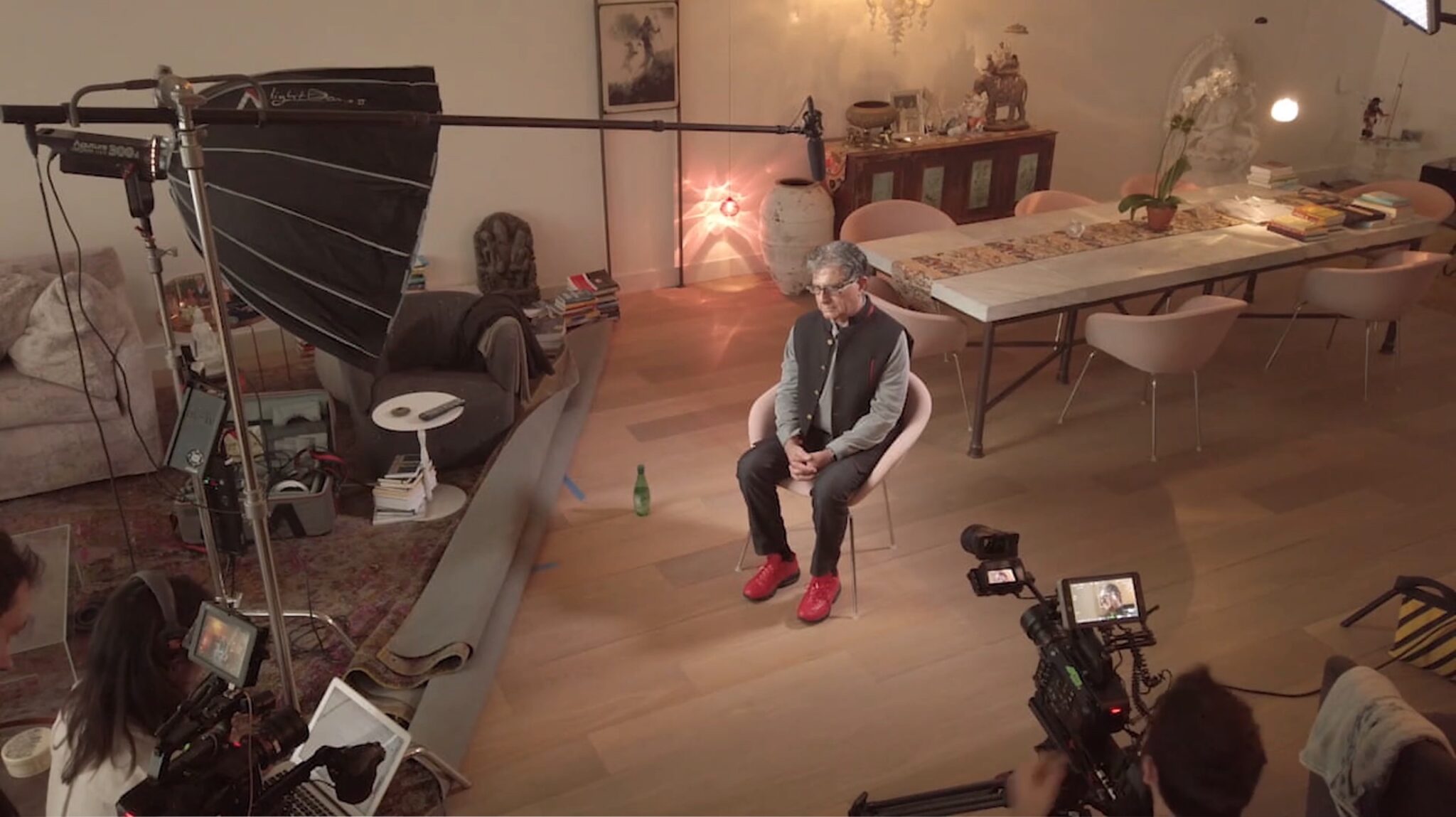 Elsewhere, as a sampler of innovation today, Shin voyages to Japan and Las Vegas uncovering advanced AI avatars, ones hardwired with receiving “mind files” that replicate the mannerisms and memories of willing hosts. Interviewee Deepak Chopra, an ardent believer, has already had one created to his exact likeness for future prosperity.

Soon, Shin is creating her own. Unfortunately, it’s in these irksome portions that ego overrides the film’s fascinating topics, instead offering her children and herself onscreen for an autobiographical edge. It simply doesn’t work.

The film also sidesteps questions on ethicality, too. Rarely stopping to think if science should, the AI technology presented in the film seems bent on only servicing society’s upper echelon. Everyone else is intentionally ignored as mere mortals.

As it stands, Shin’s A.rtificial I.mmorality still sits in the realm of far-flung futurism. Or, as one of the film’s lone skeptics, Neurologist Dr. Taufik Valiante, promptly puts it, “pie in the sky.” For how long? That’s another documentary.