If you are anything like me, and probably most people you ask, most of us would love to get a better quality of sleep and more of it. Now, doesn’t that sound amazing?

Well, over the last decade, I’ve tested thousands of products, and while I’ve found solutions to so many problems, feeling more relaxed and thus getting a better night of sleep is something that still seems to allude me, that is until now.

Over the past couple of weeks, I’ve been testing the Apollo wearable, a new device that improves your body’s resilience to stress, so you can relax, sleep, focus, recover, and stay healthy. Rather than tracking your health, the Apollo wearable is proven to actively improve it. As it strengthens and rebalances your autonomic nervous system, your heart rate variability (HRV) improves – which means you’re building your resilience to stress. So you spend less time in fight-or-flight mode and get more time to rest and digest. The people at Apollo claim it’s like a wearable hug for your nervous system that helps you be a calmer, more mindful version of yourself, so I wanted to put that to the test. 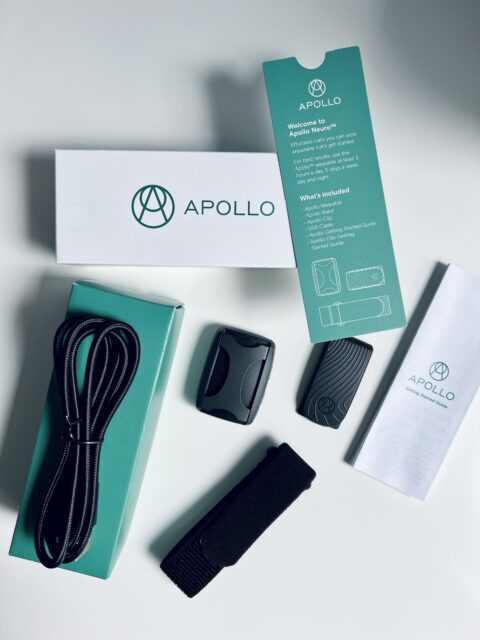 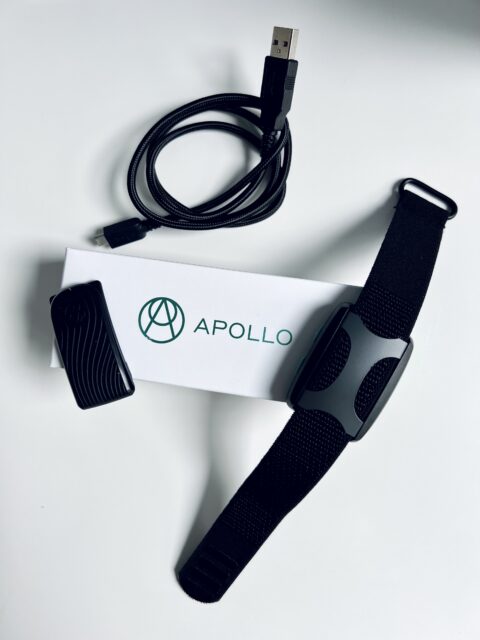 When the device arrived, I made sure to download the app, charge the device and then place it on.

Initially, I set it to the Clear and Focused mode, which you can quickly start and stop in the Apollo App, which I continued to use during the day. In the evenings, I used the relax and unwind mode, and before bed, I used the Sleep and Renew, the session being between 15 and 60 minutes, depending on the mode.

While testing, I found that the Apollo wearable gave me more focus during the day, which could be caused by having the device on and thus being aware of my focus and productivity. What I most definitely saw a difference in was the quality of my sleep and how ready I was each night for bed.

I’ve never been one to take much time to fall asleep. The quality of my sleep has always been in question, and I’ve not been able to sleep in late for years. After just a few days of using the Apollo wearable, I was so zonked after the last session before bed. I was able to, I feel, get a better quality and longer sleep than I usually would, and mostly all the nights following have played out the same.

Not only that, after years of not remembering or knowing that I’ve had a single dream, I have had vivid dreams that run the spectrum, don’t worry. None were nightmares.

While I’m not a medical professional and only understand the basics of the technology, I will tell you that the light vibrations do cause a calming sense that allows you to relax better and unwind, whether that be to allow you to focus better or have more clarity during the day, or to clear your mind, let go and have a great night of sleep after a long day, for me, I’ve seen a change, and I’m not alone.

Where do I wear the Apollo wearable?

Worn on the wrist or ankle or as a clip attached to your clothing, the Apollo device engages with your sense of touch, delivering silent, soothing vibrations that help you feel safe

and in control. Apollo’s technology trains your nervous system to bounce back from stress more quickly, going from “fight or flight” to “rest and digest.”

When do I use the Apollo wearable?

Use the Apollo Neuro app to transition through your day, choosing modes to help you relax, fall

asleep, clear your mind, focus, and stay energized. Like a workout for your nervous system,

consistency is key. The more you use it. Apparently, the better it works.

So, if you’re struggling to relax or get a better quality of sleep and are looking to try a new innovative alternative, you should check out the Apollo Wearable.

Visit their website, and if you make a purchase, use code ADDICTED40 to save $40.

The product was provided for review. This is a sponsored post.