The BEST music festivals not only feature great lineups but supergroup them together for one-of-a-kind performances.

Sacred Rose Festival, happening on August 26-28 in Chicago has one planned that music lovers are swooning over. Former Grateful Dead bassist, Phil Lesh was always on the bill for the festival, but recently, his ‘Friends’ were announced and the excitement spread quickly. Joining Lesh, among others, are Wilco’s Jeff Tweedy and Nels Cline. The gang has played together in the past, when Wilco joined Lesh for a rendition of the classic Dead song, Ripple at the Mountain Aire Festival in 1999. Returning the favour, Phil Lesh and Friends (as his long-time post-Dead project is known) played Wilco’s Misunderstood in Chicago in 2019.

Commenting on this one-off project, Tweedy said:
“Nels and I are honoured to be asked to join Phil and Friends for Sacred Rose. There has been so much about Phil and the Dead to be inspired by over the years, from their longtime musical brotherhood to their wonderful and incomparable music, to their relentless touring and longevity. But perhaps the biggest inspiration is their dedication to the community that has grown up around them. This is a trait that we in Wilco deeply appreciate and have aimed to emulate over the years. There’s nothing better than playing music with your friends, for your friends.”

The band takes the headline spot on the Canopy Stage on Friday, August 26. Tickets for Sacred Rose are still available here. Stay tuned for weekend-long coverage of the festival, right here and on the ADDICTED Instagram account. 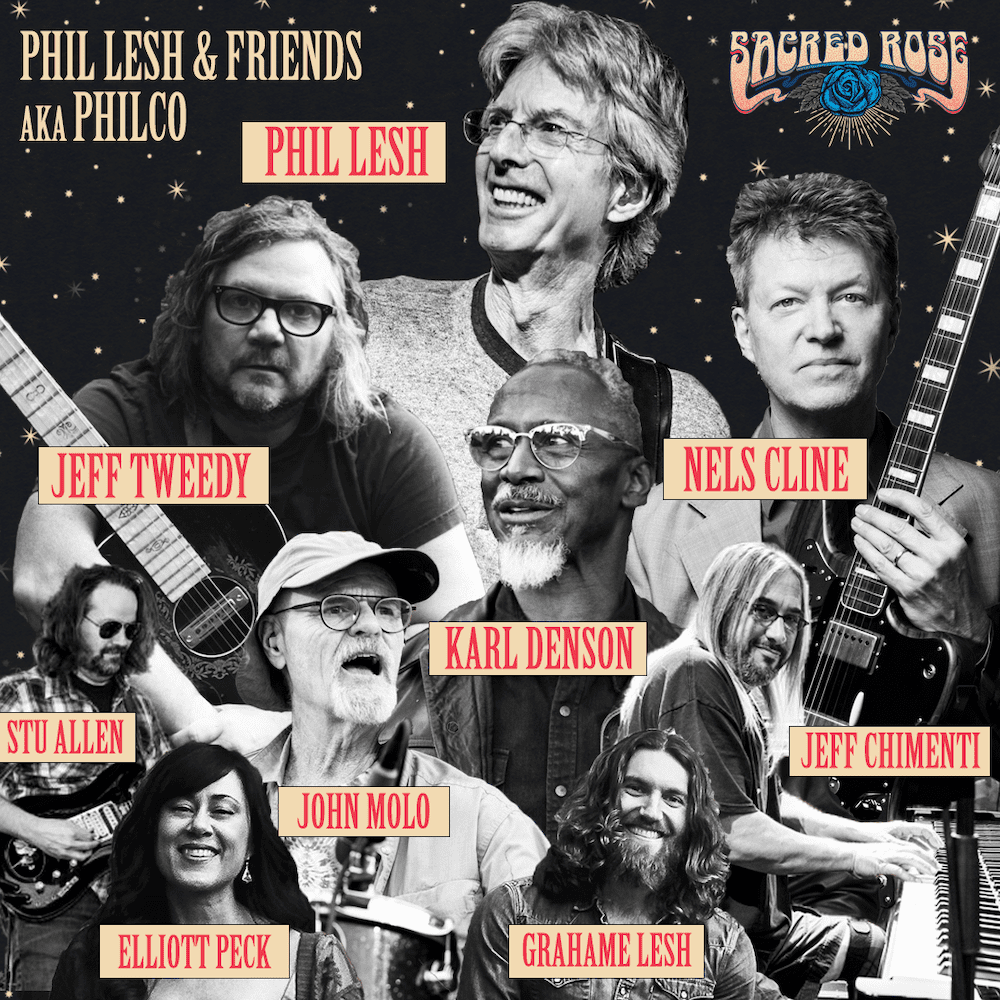