As a band, Baroness play with conviction and power with good reason. Following a near-fatal bus crash in 2012, singer/guitarist/frontman John Baizley was forced to rebuild the act from scratch, forging ahead with a legacy of survival and catharsis.

10 years on, and with acclaimed albums such as Purple and Gold & Grey under their belt, the Savannah, Georgia metal quartet is now set to begin an upcoming North America tour (eg. ‘Your Baroness: An Intimate Evening with‘) where fans can vote up to 10 songs for their respective city.

With an album in the works, appreciation for their fans has continuously been paramount to Baroness, finding fresh ways to keep that objective in focus. ADDICTED’s Myles Herod spoke with John Baizley about songwriting, live shows, and what motivates a band like his to keep breaking new ground.

Tell me about ‘Your Baroness: An Intimate Evening with’. What spurred the idea for this tour?

Baizley: We’ve discussed the “evening with” idea for at least 5 or 6 years. After the past few years of gruelling shutdowns and cancellations, it felt as though it was finally time to see the idea through.

What has it been like being a touring band during these COVID-19 times and when did it hit you that things may never be the same?

Baizley: There’s no sugar coating it, the pandemic has been a really difficult and challenging time to be a touring musician. Baroness thrives off of the live setting. We were founded on the idea of being a hard-touring band. I was shocked at how big a hole in my life was created when the touring industry shut down. I missed it immediately. I had been on tour consistently for 20 years and I was unprepared to take two years off the road. I think most of the world felt a similar blend of confusion, frustration and anxiety. Of course, all that negativity has made our return to work that much sweeter. It’s been fantastic to get back on the road. It just feels right. I hope that amidst all the new and lasting changes to the touring industry we take the opportunity to make some positive improvements and innovations.

For this particular tour, how did you guys decide on letting fans be the ones to choose the setlist?

Baizley: We’ve always made it a priority to be as close and connected as we can with our audience. We had figured out a way to build a voting link into the ticket sales platforms, so it seemed like a really natural and obvious step to give our fans more of a voice when it came to this long-form “evening with” show. It’s been a great and rewarding challenge to go back and re-learn/refashion all of our songs. Many of our older songs are coming back permanently to our shows. 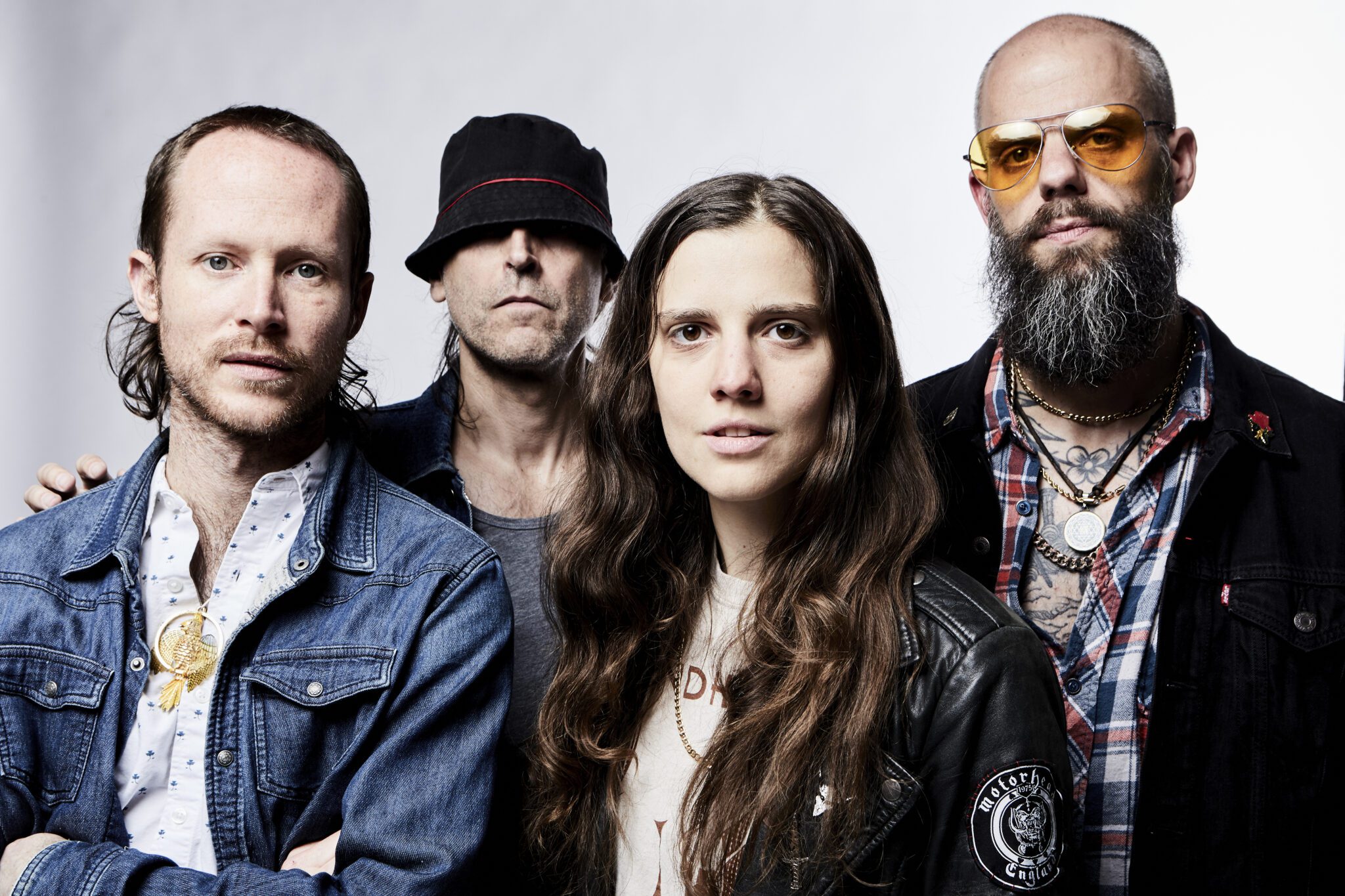 Personally speaking, what songs are you looking forward to performing live on this tour?

Baizley: I love playing all of our most recent songs, especially the acoustic tracks of Gold & Grey, alongside our earliest material. The dynamic differences are huge. It’s been really cool to have the occasion to play songs like “Tower Falls” (off of the First EP) with songs like “I’d Do Anything” and “Cold-Blooded Angels” (Gold & Grey).

The band has finished or nearly finished, your new album. Can you tell me a bit about it?

Baizley: We’re making the whole thing ourselves. It’s a very DIY project, recorded in several remote rural Air BnBs. We started it in isolation, came together, jammed and improvised it as a four-piece, and we’ll be done soon.

As a band, Baroness seems an almost all-consuming entity (one that harkens back to rock bands 50 years ago), from the album artwork to the composing and recording. What does the band do to keep a clear and consistent vision?

Baizley: We try to live inside the context of this band as comprehensively as possible. We’re like a cult or a family. We do everything together and the process of making our albums is one of intense work, routine and collaboration. We trust our instincts and push each other to write better, more genuine, more compelling music.

As a band that has extensively toured, come back from the brink, and accomplished so much as a result – what do you know for sure in this world?

Baizley: You have to fight to survive.