When you ask most artists why they’re chasing fame, the answer isn’t typically one of distributing love to the world. We usually associate wealth and status with the desire to rise up, win awards, and be somebody. And if they do share a fluffy response about changing the world, it doesn’t always feel genuine. But that isn’t the case for Mauvey, a Vancouver-based singer-songwriter, who just released his digital project The Florist.

“I want to win so badly because I want to distribute love so badly…the reason I want to be the biggest artist on the planet is so I can distribute love to the most amount of people. But the thing is, I actually want to do that,” says Mauvey.

It’s a simple sentiment, but one that is pure and genuine. When Mauvey talks about sharing this message of telling others they’re important, of distributing love, his eyes light up and he gets carried away in the conversation. It’s easy to be drawn in by not only his music but his conviction to the cause.

We sat down to speak with Mauvey about the characters he created in The Florist, the importance of expressing gratitude, and the difficulties of bringing self-love inward when you’re always distributing it outwards. 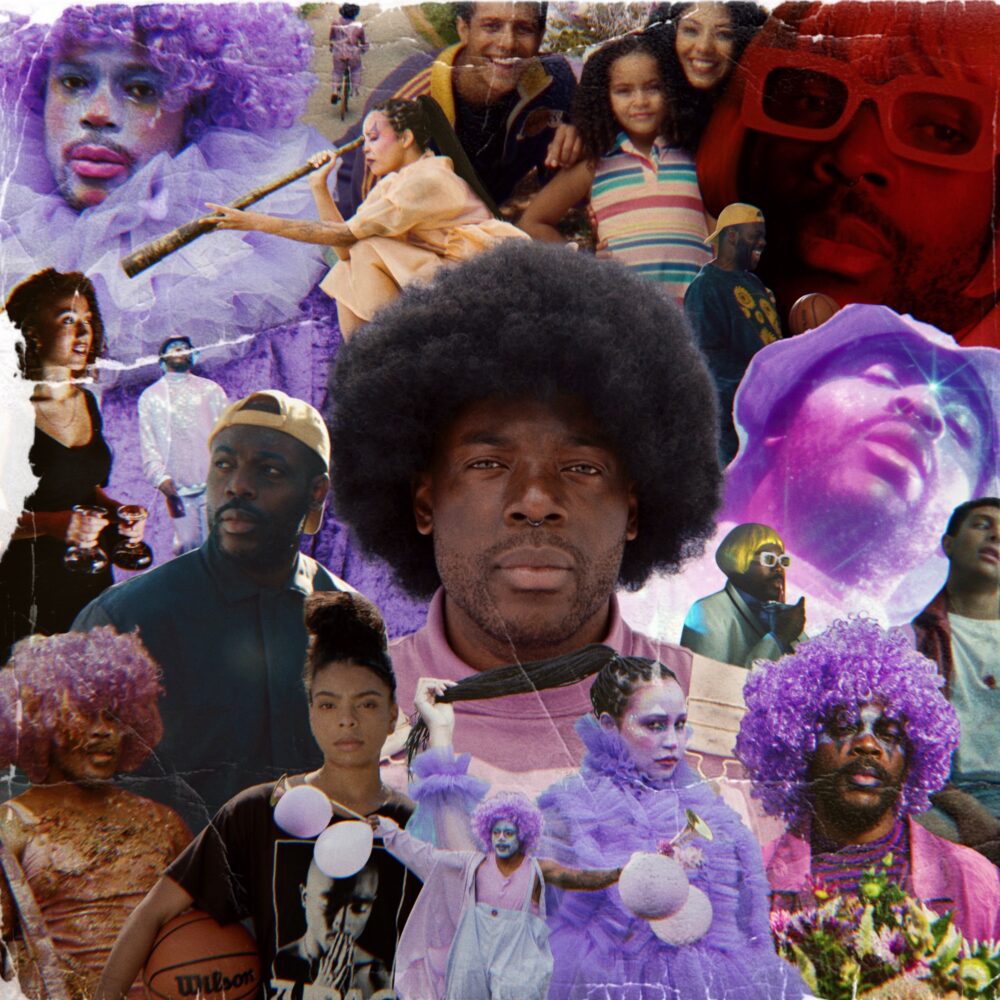 You’ve released your new project, The Florist. All of the videos from this project have a narrative tying them together with the mauve clown character appearing in all of them. How did you come up with the concept for all these videos?

It’s part of a bigger story. I wrote a novel series, like four novels. And this is the prelude story before this novel series. I developed the characters, and this may be a little embarrassing, but they each have, like, elements of my real life. You know, obviously, dramatized a lot with the clown character. For example, he’s the big life of the party, but there’s also a lot of guilt in his life. I guess, with each of the characters, they were developed from pieces of me and then they will tie into the bigger story, which is going to follow.

While you were making these videos, how do you ensure that the narrative remains consistent throughout each one?

That was really important. I think, first of all, it was putting together the team and making sure that I actually only worked with one team.  I didn’t have to fight too hard for that, you know, I have a very understanding label. When I pitched the idea to them, I was like, “this is a short film. This isn’t just videos, this is actually one short film.” So, I needed to work with one team. I wanted to be able to co-direct, and that was the other thing, being able to actually do that because I’ve never directed anything in my life.

So it was really nice to be able to get that trust. And the team, a production team called Amazing Factory, they have a director, they have all the parts. So, it was really nice for them to actually be so humble and believe my idea so much. It was a combination of using the same team and actually stepping into the role of the director as well.

What were some of the biggest challenges or learning experiences from stepping into that directorial debut?

Everything was a challenge because it was the first time I was doing it, so anything and everything was a learning curve. Maybe the biggest challenge was acting and directing because I’d never done either. And I like to give my all to whatever I’m doing. So it’s very difficult to take your time away from one aspect that you hold a lot of value for, and then switch to another one that you have an equal amount of value for. So, it was definitely challenging balancing the two.

But genuinely, other than every single learning curve, it was great to be around a team that actually made me feel like a director, and they made me feel like an actor. So, during the filming, that was something I never questioned because I was empowered.

You do have a lot of the characteristics of an actor, I think you can see that in your live performance. You’re very animated. Did you bring in elements of a live show into preparing to be that character in the video?

In the Irrational video, that was the closest to normal me. But everything else was like, “okay, we got to actually, you know, be extra.” Whether it’s extra sad, or extra happy, whatever it is. 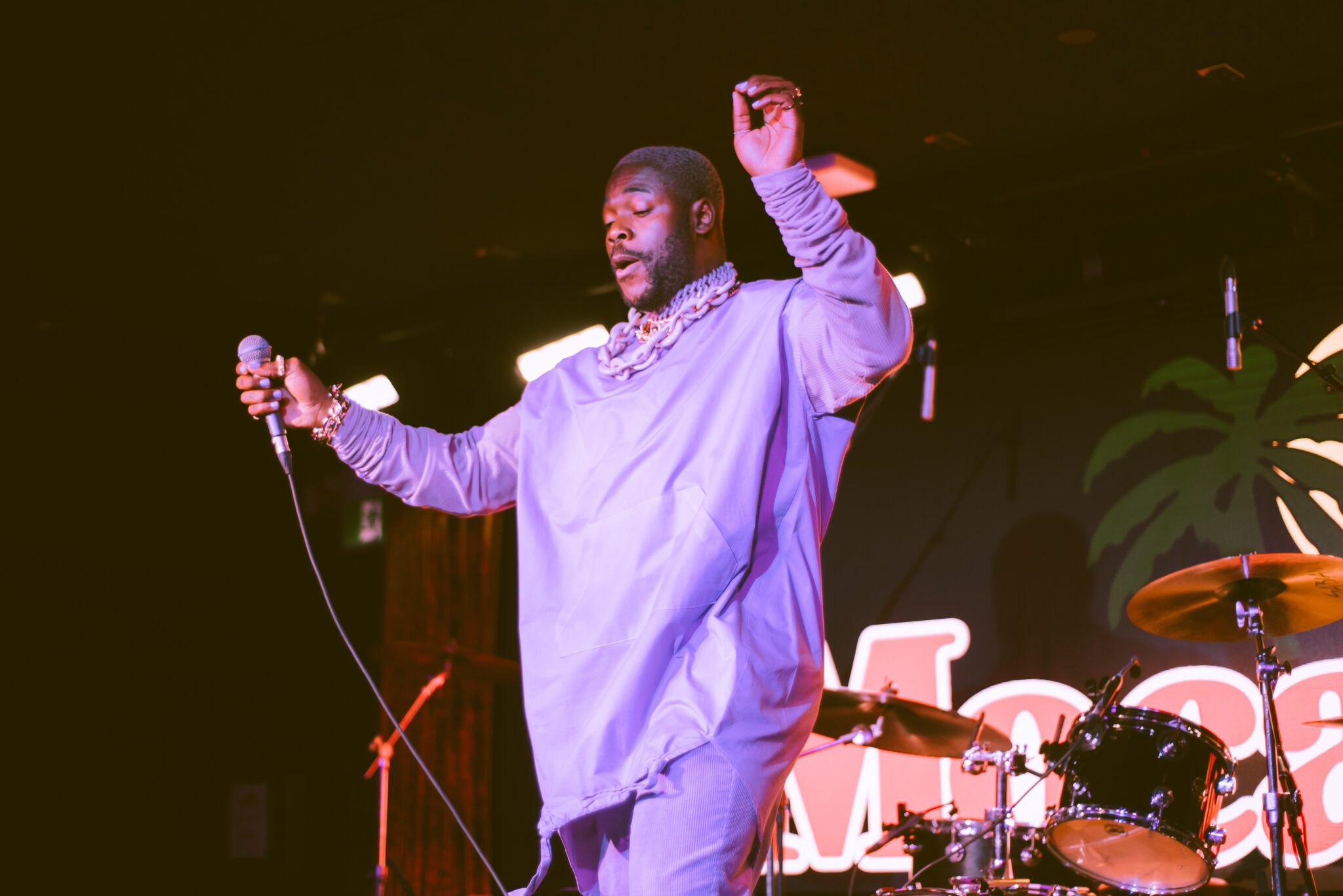 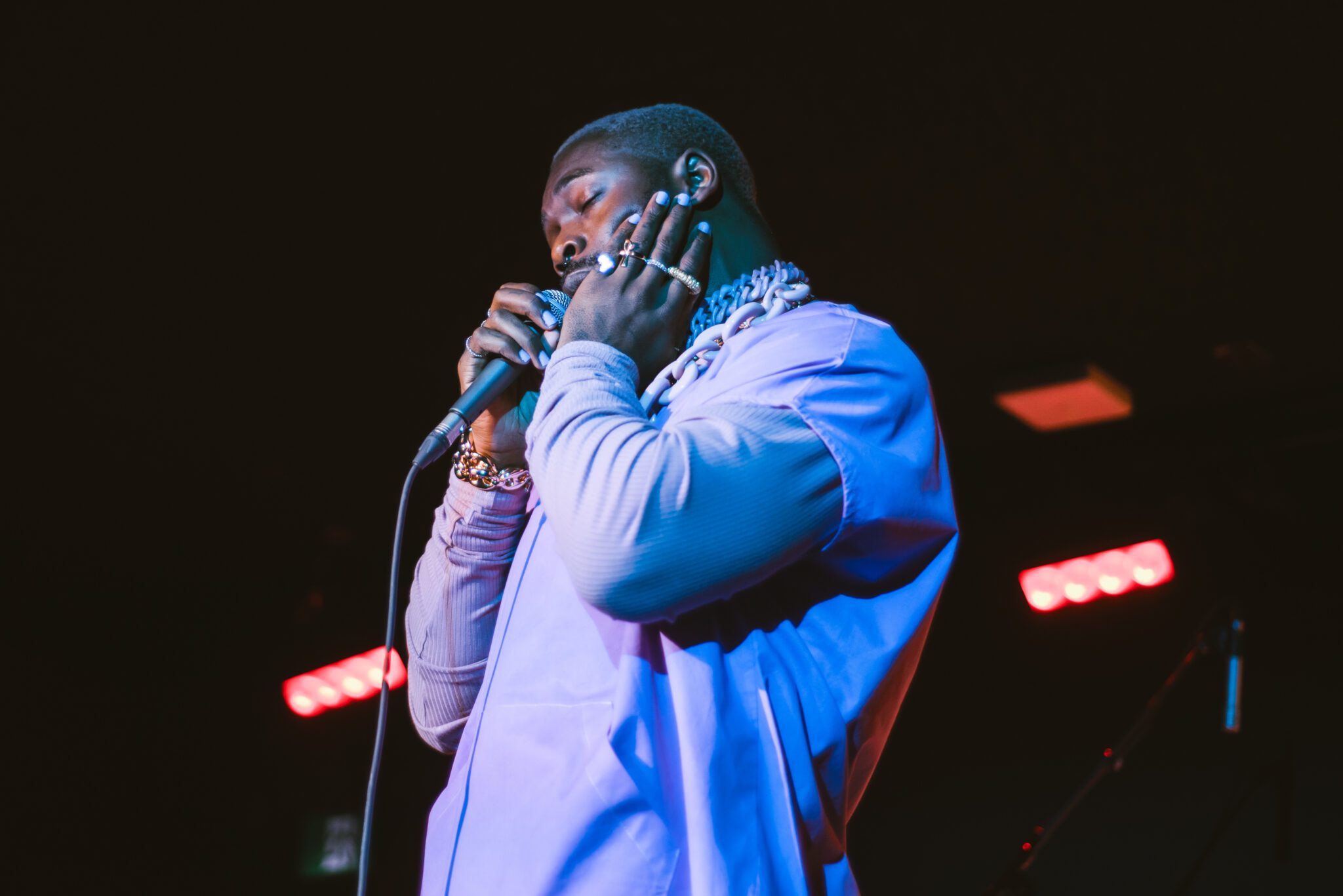 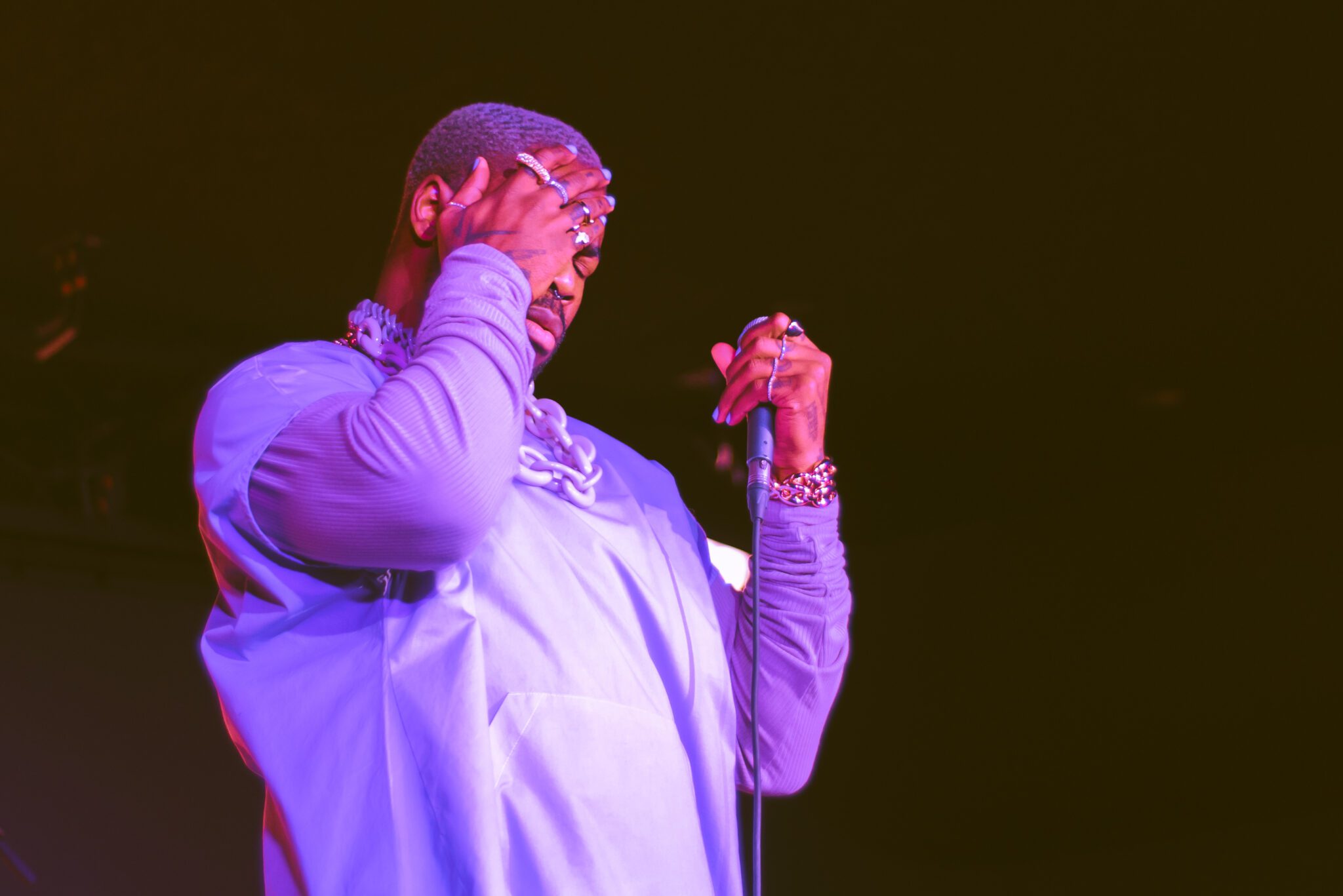 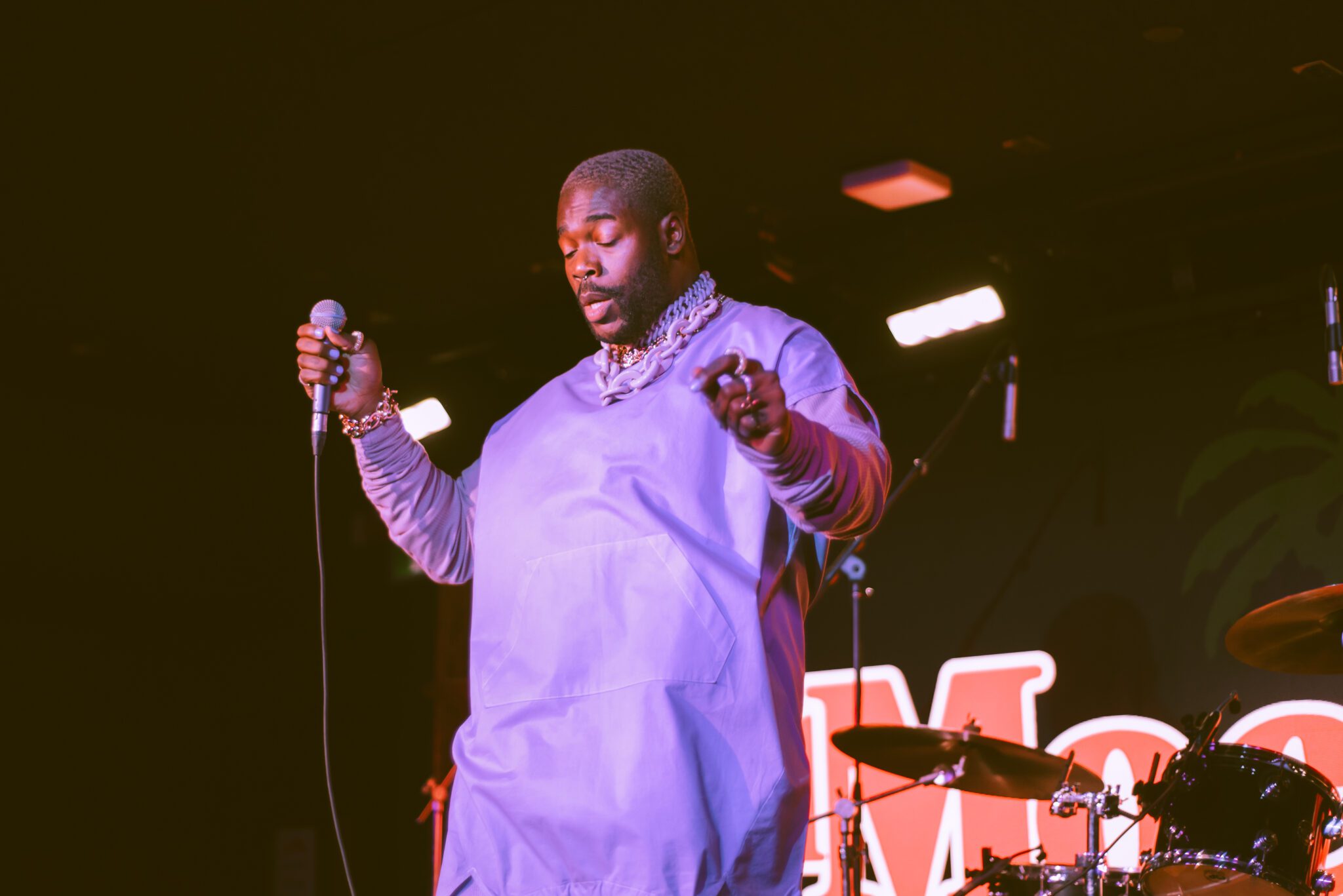 Sometimes after stepping into a role that might require a lot of emotional energy, actors need that time and space afterwards to recover from that. Did you have to do any sort of aftercare after directing and acting in all of these videos?

The answer is I have to, yeah. All of this stuff is new to me. I’ve worked so hard to get to this point. Being signed and then not just getting any deal, but like, the exact deal that I wanted, and then being given the opportunity to put it into practice: with directing, and acting, and it being received so well. And then I’m on tour literally the day of filming the last shoot.

So, I actually get to finish on the 20th of December and I started this whole process in May. I know that I have to keep going for a little bit further, but it would be really nice to actually decompress. I think if it was just touring, maybe it would be one thing but, you know, the characters, they’re not just fun. Okay, the songs are fun, the music is fun, but the content is very real. And the words are very real. So, it’s a lot to just move on to the next thing and move on to the next thing. It’s gonna be great to take some time.

What do you normally do to decompress?

I’m really bad at it. Honestly, because I just want to win. I want to win so badly because I want to distribute love so badly. Someone asked me the other day, “What’s the difference between Mauvey and who you are in your private life?” And you know, like, I kill that person through no sleep, not eating, just constant work to maximize the opportunities and platform for Mauvey to be enough for the message. When I say Mauvey, I just mean like, the actual project and the message that the artist project wants to deliver.

And then who I am versus who I am as an actual live person, what I actually do for fun; I enjoy movies. Just like thinking, not doing much. But I rarely get a chance to do that. 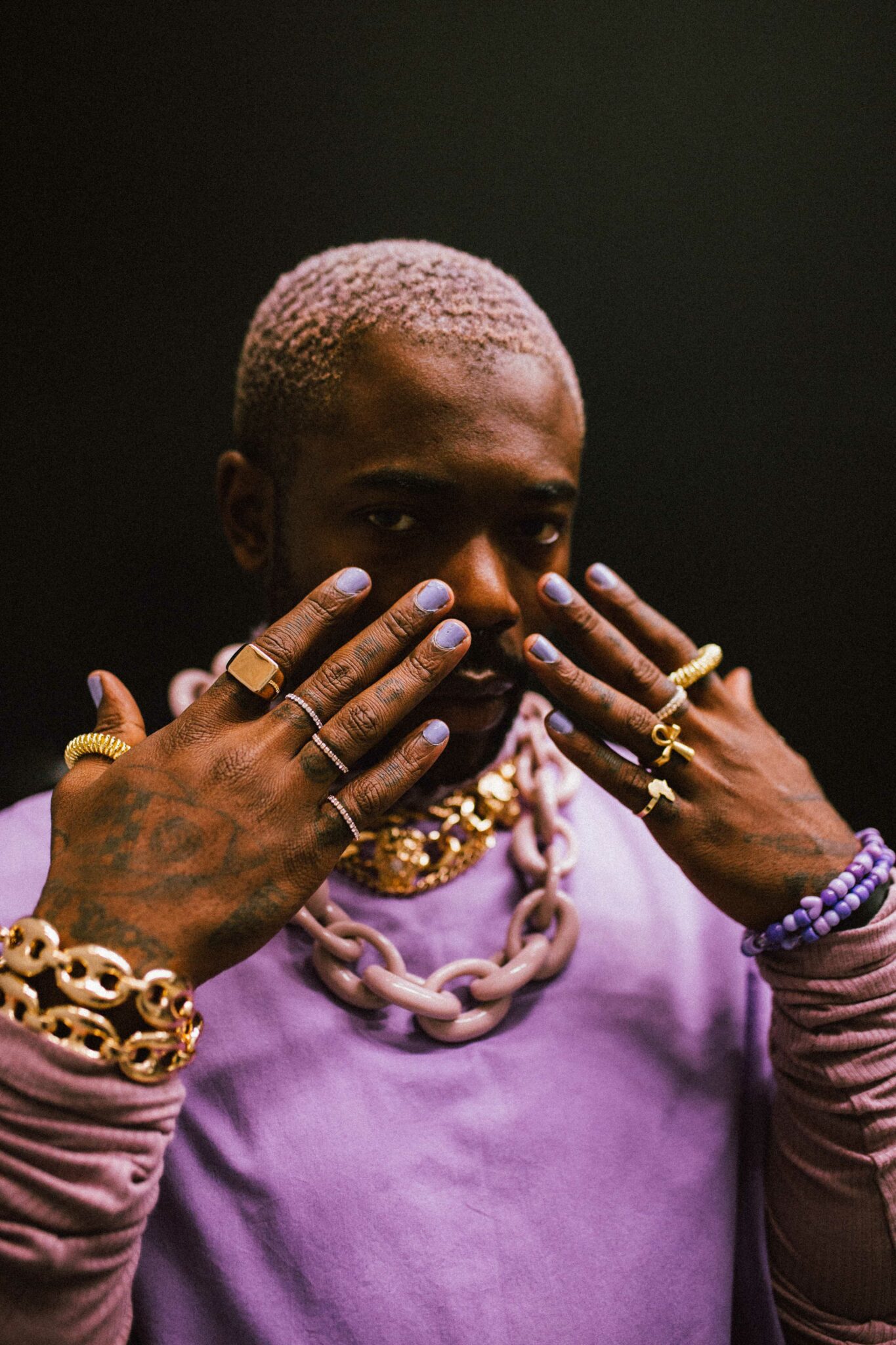 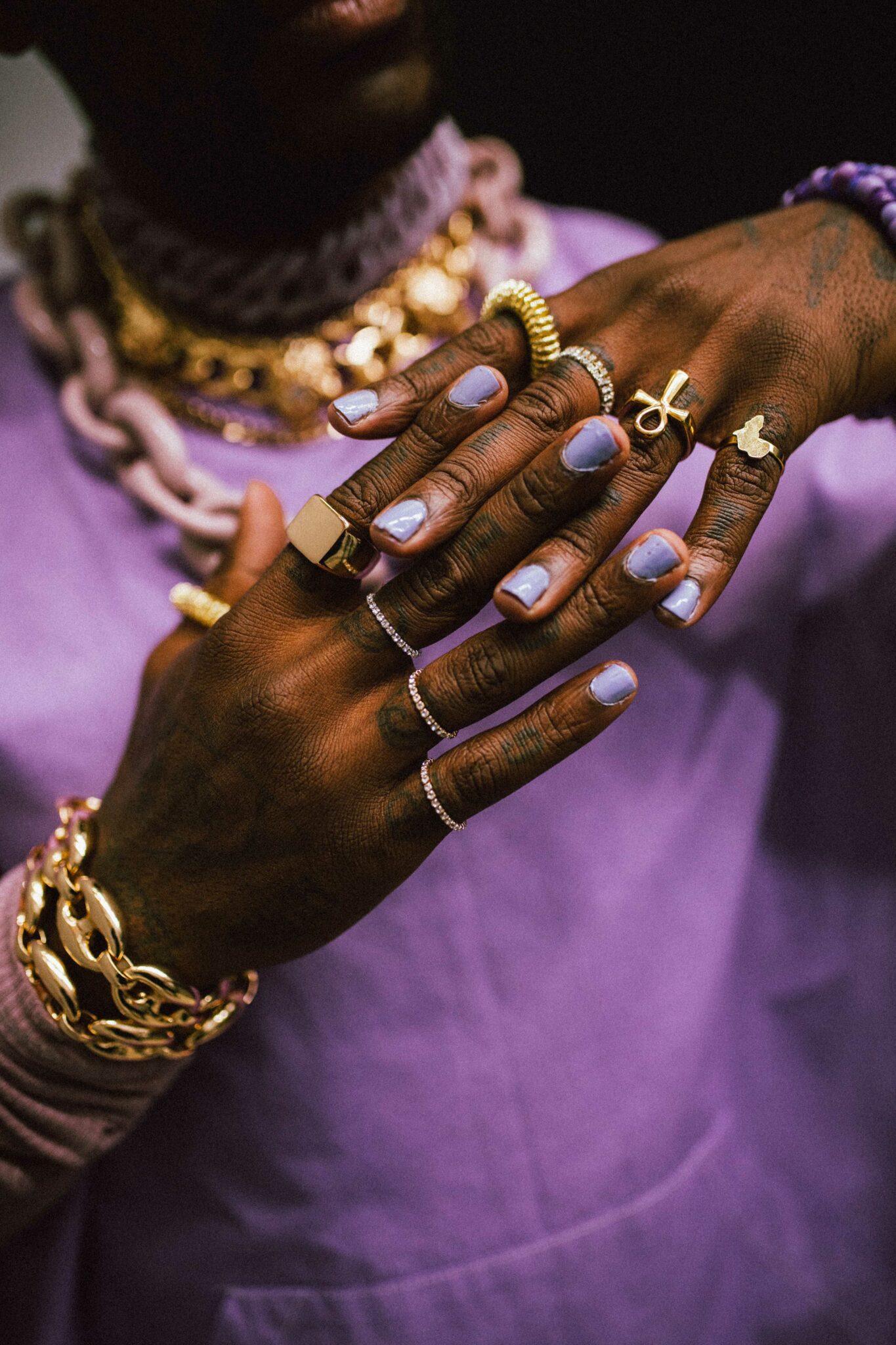 Your mission of distributing love is something that really strikes me about you as an artist. Aside from the music being wonderful, is the gratitude that you’re always exuding out. In your live show, you go around and say to everyone in the crowd, “you’re important, I love you.” And you have that series, Nine Days of Flowers, where you went around to your friends and fans to distribute love by sending flowers to people. What was your favourite part of that whole experience?

Just like the instant they open the door and see a bouquet of flowers and they see you there. They truly didn’t know I was coming. I literally just showed up, so they were real interactions. I always tell people, “you know, if everyone got paid the same to do any job, I’d be a flower delivery man.” It’s such a cool thing to always make people’s day, like, your job is delivering love. That’s basically what you’re doing. You are delivering a smile, happiness, like, that feeling of oh, someone got something for me. You automatically feel good when you get flowers.

Do you feel like you learned anything about yourself or your fans along the way through that experience?

Yeah, honestly, I got a lot of private messages. Not everyone saw the full series, but the people who were tuning in, they just really got that I don’t care about anything other than distributing love. I feel like they’re just starting to really see the sincerity.

Like, the reason I want to be the biggest artist on the planet is so I can distribute love to the most amount of people. But the thing is, I actually want to do that. It’s not a facade, or like secretly I want to be a billionaire. Like, I want to win eight Grammy’s so I can say eight different speeches and eight times be able to say, “you’re important.” For anybody that missed the first four times, I gotta say it again. I want stadium tours, so I can do my small bit to actually distribute love.

Maybe I’m, like, weird or delusional or whatever. But, it’s not just my message, it is the most important message. A lot of people share a message of love and hope. It is something that everybody can do. Every single person can do it, and it’s not to the detriment of someone else. So, it’s not something that only I’m doing and it’s not that I’m important because I’m doing it. It’s important for people to hear that they’re important. I’m absolutely, completely committed to doing that.

It’s very energizing and emotional when you’re in the crowd and someone is giving that energy, and saying it in a way that feels authentic. I was listening to this podcast that talked about how we can make ourselves happier by showing others gratitude and showing others that we appreciate them. And what you do reminds me of that. How do you practice that gratitude every day, in your life, outside of yourself as an artist?

Honestly, just distributing love, in whatever way is necessary. Like, every day, saying “thank you.” But the only thing I don’t do, and this sounds bad, but I don’t love myself enough, actually. And the reason I’m saying that is because you ask, “what do you do to practice gratitude in your daily life?” and I’m only ever distributing it outward.

There’s still a long way to go to making the balance. You know, I don’t wanna miss an opportunity to tell people that they’re important. And I want to be able to tell myself and show myself that I’m important as well. So, yeah, tough balance.

Yes, it’s so much easier to tell people the truth, which is that they’re important, but then you kind of neglect yourself along the way, especially the more obsessed you become with it. Like, I’m obsessed with that. It’s what I wake up thinking about. So the more you have of that there’s less of thinking, “so what do I need for today? Like, maybe I need some food, did I drink water today?” Yeah, it’s tough. But I’m so happy. I’m surviving, I think, it’s all good.