Each summer, Festival d’été de Québec brings 11 days of live music to Quebec City. The lineup always features a variety of international big-name headliners, popular local artists, and talented emerging artists from all over Canada. With 11 days of action and a drive or train ride away from Toronto or Montreal, the festival is the perfect getaway for music lovers.

With Festival d’été de Québec’s live return in 2022, we’ve rounded up some of our favourite artists we can’t wait to check out at the festival.

Don’t miss what’s sure to be an incredible set on July 15. Learn more here.

“I wanted to play this type of music but there wasn’t a lot of women who wanted to play it. I wanted to be in the most kick-ass all-female band ever,” raves Kathryn McCaughey, vocalist and bassist. Inspired by the likes of Jay Reatard, The Damned and Royal Trux to name a few, NOBRO is unafraid to wear their influences on their sleeve.

NOBRO have lived up to their promise of being one of the most kick-ass all-female bands ever. Make sure to check them out on July 15. Learn more here.

Afro/Indigenous/Colombian/Canadian/punk/folklorist/traditionalist/transgressive/diva/angel. There are so many layers to Canadian-Colombian singer Lido Pimienta’s identity that you might get lost in them. But if you did, you’d be missing the point. Don’t miss Lido Pimienta’s debut at FEQ on July 12. Learn more here.

If you ask renforshort what kind of music she makes, her response may surprise you. “Tastefully weird,” she’ll say. And yet, no descriptor would be better suited to characterize the enigmatic rising pop star’s personal brand of deeply reflective, yet undeniably relatable, left-of-center alt-pop. Catch Renforshort on July 16. Learn more here.

The album Stolen Dance (2013) from German folk-pop duo Milky Chance is what put them on the map in Europe, with music that invites you to travel through hypnotic choruses. In the space of just a few albums, the magic continues to work, with songs like Daydreaming, Long Run and Oh Mama confirming their talent is still very much alive.

There’s lots more to discover at Festival d’été de Québec! Check out the full lineup here and get your tickets here. 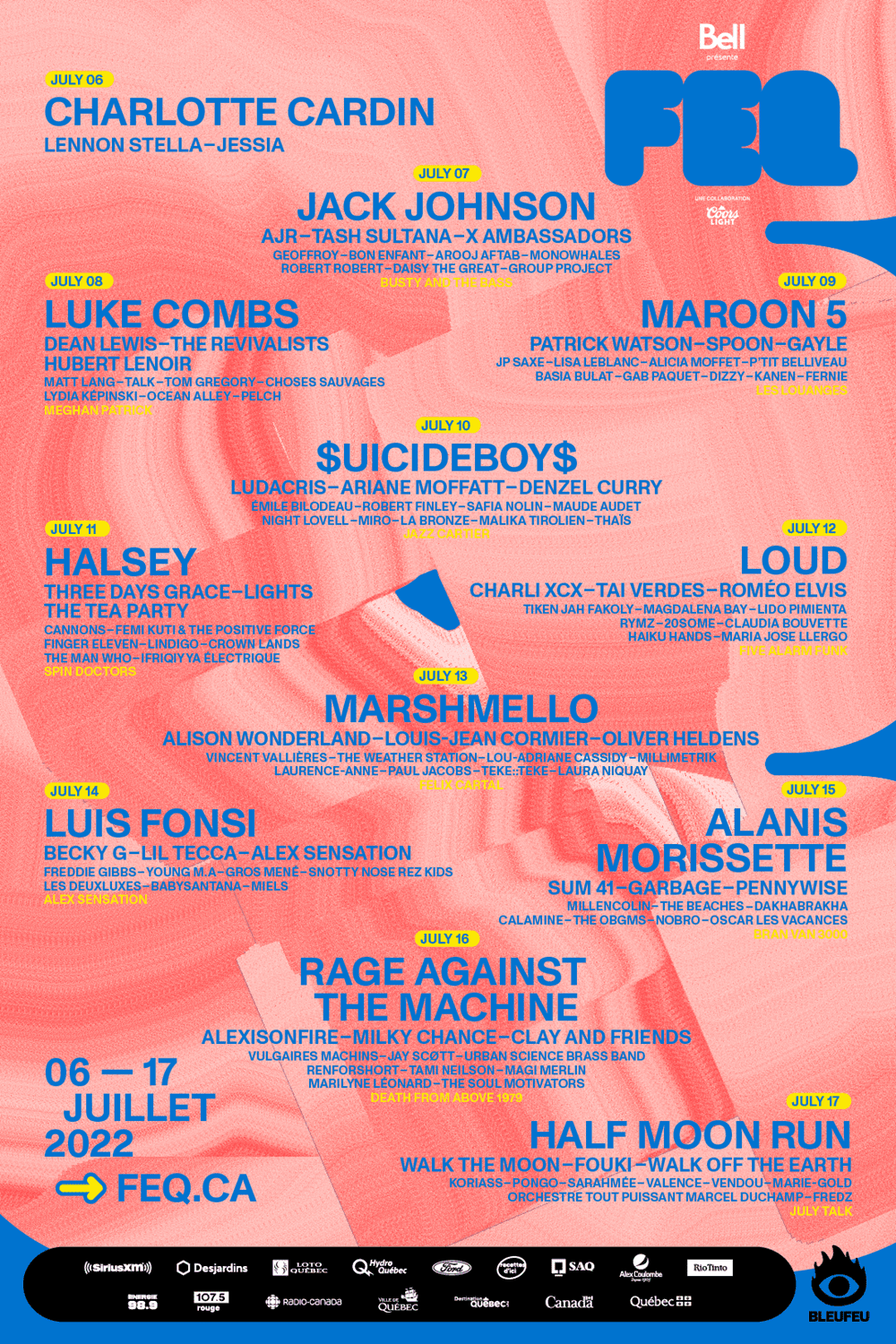