TIFF Next Wave is an event that celebrates the most innovative emerging filmmakers. Chalk full of original filmmaking with a side of industry talks, Next Wave will run from February 14th to 16th. If you’re under 25, tickets are free of charge. For you old geezers born before 1995, you can pay for tickets here.
To get you excited, here’s a selection of three interesting short films appearing at TIFF Next Wave this weekend.

No Crying At The Dinner Table (Dir. Carol Nguyen)

Nguyen’s film proves it’s possible to tell a big story in a short amount of time. The short doc No Crying At The Dinner Table is a subtle portrait of grief and intergenerational trauma. Less than twenty minutes from start to finish, the film captures the pathos of a a family who never fully grieved the loss of the grandparents. When the Nguyens immigrated to Canada from Vietnam, it was the grandparents who raised the younger generation while the parents worked outside the home to make ends meet.
While it’s not completely clear what horrible fate befell the now deceased grandparents, 21 year-old Nguyen’s skillful closeups say it all: the loss of these elders is a primal wound. Bring tissues, because it’s more than likely you’ll weep along with this bereaved family…
Rad Magical (Dir. Chris Grant)
Rad Magical is an animated lyrical poem about living with schizophrenia. Based on the experiences of First Nations artist and content creator Chris Grant, Rad Magical is fast-paced and visually striking. The super short film – it’s only a minute long – uses animation and loud music to represent the struggles and beauty of the schizophrenic experience.
Ultimately,  Rad Magical is an immersive experience that both delights and challenges your senses. It’s the kind of experimental work you come to TIFF Next Wave hoping to see. 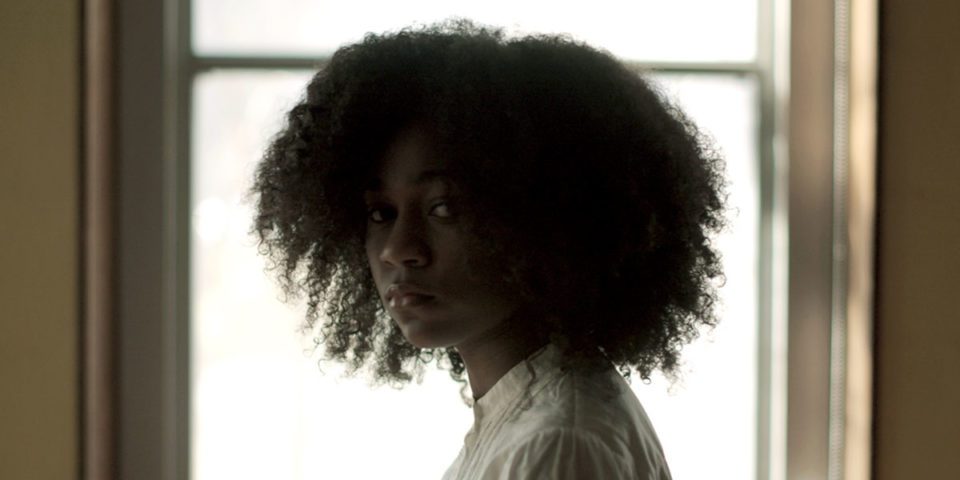 Pick (Dir. Alicia K. Harris)
Written and directed by Alicia K. Harris, Pick is the heart-wrenching story of a young black girl (Hazel Downey), who accidentally wears her hair in an Afro style for her school’s Picture Day. She subsequently faces a barrage of micro-aggressions (and plain old aggressions) from teachers and fellow students alike.
Pick’s eye-catching cinematography emphasizes different characters’ hair, contrasting our protagonist’s tresses with those of other characters whose hair is deemed more socially acceptable. Downey doesn’t have the straight tresses of the white kids. Nor does our leading lady’s well-meaning white mother have the skill to style her daughter’s hair the way other black girls at school wear theirs. Ultimately, Pick is a moving film that’s full of pathos. It illustrates the shame children of colour can internalize when society judges them for not performing their race in a socially sanctioned fashion.

Sarah Sahagian is a feminist writer based in Toronto. Her byline has appeared in such publications as Elle Canada, Flare, Bitch Media, The Toronto Star, and The National Post. She is also the co-host of You Do You: A Dating Podcast. Sarah holds a master’s degree in Gender Studies from The London School of Economics. You can find her on Twitter, where she posts about politics and live-tweets The Bachelor