I’ll admit that I’m entirely out of the loop when it comes to gaming, but while I’m behind the times, I realize much of the world isn’t, and from what I’ve been told, Far Cry 6, which was released last month, is a thrill ride.

Far Cry 6 will have you on the edge of your seat from start to finish with its adrenaline-pumping action, its main protagonist Giancarlo Esposito as Anton Castillo, and of course, your adorable companions: Chorizo, Gupao, and Chicharron.

As you fight your way to reclaim Yara from the dictator who plans to forge his paradise using any means necessary, be ready to take your guerilla tactics to a whole new level and be prepared to get unhinged. 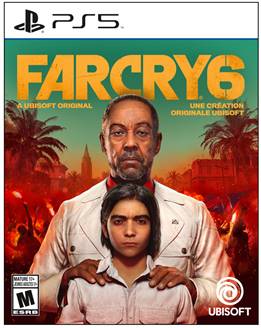 While I’m always excited to share some info, the best part of this post is that we have two Far Cry 6 games to give away for the console of your choice. (two winners)

Enter to win Far Cry 6 below: