Montreal-based singer-songwriter Emi Jeen released No Emotion = No Tomorrow, an edgy pop track tackling the pitfalls of the modern dating world. The track is a catchy anthem for anyone who’s ever been disappointed in the never-ending game of swiping left and right to find love.

“Have you been “ghosted” before? I’m so tired of seeing so many of my friends feeling like “s**t” cuz this guy or girl they were seeing stopped responding out of the blue,” shares Emi. “I also once was dating a guy that told me that if we wouldn’t be together tomorrow he would move on like nothing happened… I was shocked…like you would have nothing anymore… no emotion? As of tomorrow?”

Full of the attitude you should rightfully reserve for anyone who ghosts you, the single packs a punch reminiscent of early 2000s pop-punk tracks. “For me, the golden era of pop-punk was all about attitude in the verses and big melody in the chorus,” says producer Derek Hoffman, “I think this tune hits those notes while bringing in some of its own unique energy in the mix.”

We sat down with Emi to chat about why ghosting sucks, her background in opera, and the details for her Toronto show on March 28th, 2022. 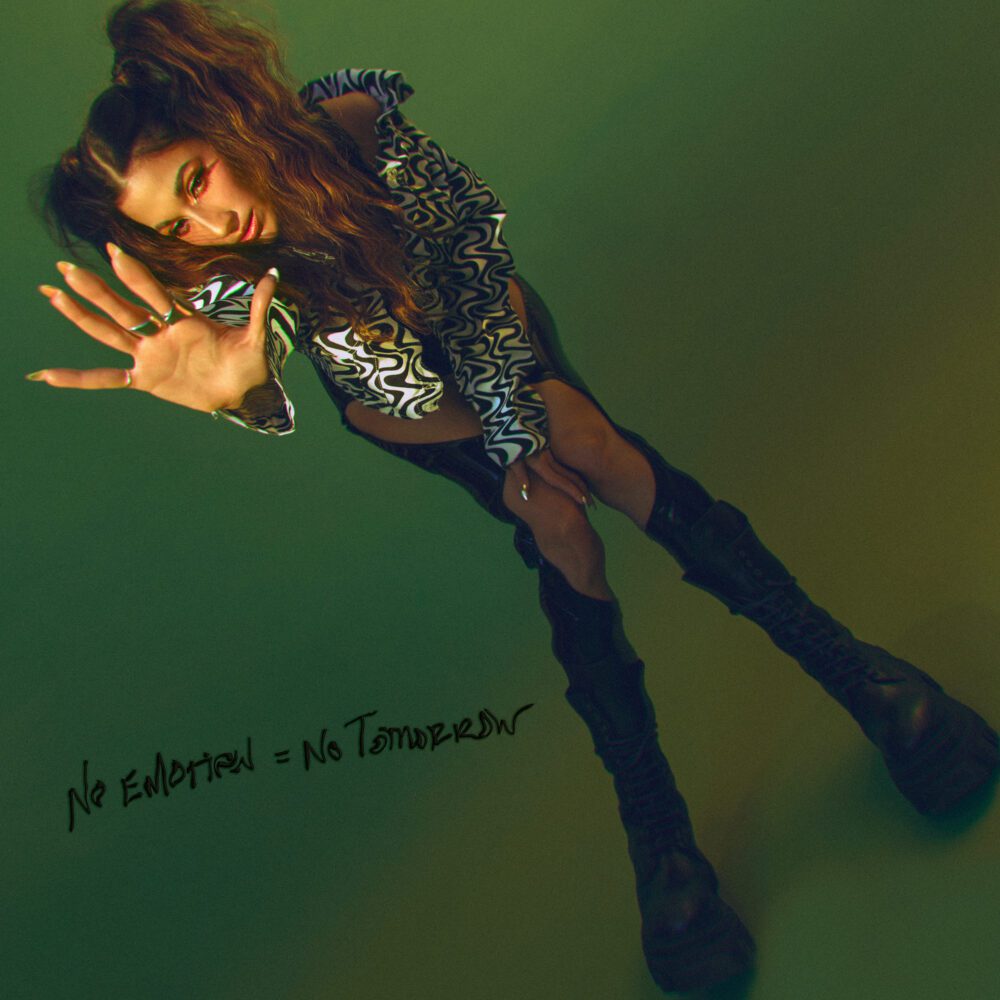 Your new single, No Emotion = No Tomorrow, is inspired by a common experience in the modern dating world: ghosting. Can you speak to some of the stories that inspired this track?

Right before the session I had with Derek Hoffman, I was with a friend and she was telling me how she’d been ghosted lately. This person was telling her that he wanted to be her boyfriend and the next day he stopped replying to her texts. She was super hyped about it and then he disappeared.

I also was dating someone that told me that if we wouldn’t be together anymore, his life would continue like nothing happened. I felt that if he had not that much emotion toward what we were building, there wasn’t a reason to have a tomorrow.

Why do you think ghosting is something so many people do when it comes to dating?

Our attention span has decreased over the years, our urge for ‘FOMO’ is something present and social media created the idea that people are easily “swipeable.” People think that if they settle down they will miss out on the next thing coming. We might get tired of experiences really fast without thinking of all the consequences.

What is some advice you would give to a friend experiencing ghosting?

You deserve to be chosen. This person isn’t the one – whether a friend or potential love. Everyone who leaves and every challenging situation allows you to learn something more about yourself. It’s the rise and fall of life. Human connections are real, and you deserve to be treated with respect.

The track has an edgy, punk rock vibe while remaining recognizably pop, but you have a musical background in opera. How does your opera background inform your singing and performance as a pop artist?

I started singing in bars with my mom at 7 years old and quickly realized that I was addicted to music and singing. I wanted to perfect my voice and decided to take vocal lessons, but I come from a small town so the only teacher was a Classical Opera teacher. I don’t necessarily use the technique in all my songs but we’ll hear glimpses of it more in my upcoming releases and it comes handy when I do high harmonies.

No Emotion = No Tomorrow is a single from your upcoming EP due summer 2022. What can listeners expect from the forthcoming EP?

In my upcoming EP, Why So Serious you can expect a pop-rock 90s inspired production, powerful voices, and vulnerability. I wrote an awesome tune with Evan Blair who’s currently producing and writing songs with Nessa Barrett and Dove Cameron. I am really excited about this one and it’s definitely in the same alternative pop vibe with super present drums. It was also important for me to have a female producer on the EP, so I’ll have my first ever ballad which will showcase more of my vocals produced by the talented Andrea Rocha from the UK.

You’ll be performing in Toronto on March 28th at the Drake as part of School Night. What are you most looking forward to about this show?

This will be my debut live show in Toronto and my first show back from the pandemic, so I am very excited to finally meet people in person! I’m also thrilled to play my new song No Emotion = No Tomorrow for the very first time, as we will release the music video on the same day.

What can fans expect from your first Toronto performance?

They can expect to jump around with me, to put out their phone lights during an intimate acoustic rendition of Runaway and to sing as loud as they can in No Emotion = No Tomorrow. We will also have a special guest, Ryan Stevenson on the drums with me.

Stream No Emotion = No Tomorrow here.

RSVP for Emi Jeen at SCHOOL NIGHT in Toronto on March 28th, 2022 here.