With today’s 24 hour news cycle and the advent of social media, truly iconic pop culture moments have seemingly lost their impact. Nowadays, anyone can ‘go viral’ for 24 hours but there’s little, if any, residual impact on the collective psyche.

It wasn’t always this way. Google may have created Image Search because Jennifer Lopez wore the plunging green Versace dress, but iconic dresses were making an impact way before that pop culture moment.

A statement dress has long been a way for a person to stake their claim in the fashion history books. Marilyn Monroe famously wore the white halter neck dress in Seven Year Itch, Audrey Hepburn ensured the LBD became a classic wardrobe essential in Breakfast at Tiffany’s, Bjprk wrapped herself in a Swan at the 73rd Academy Awards, Princess Diana famously invented The Revenge Dress following her divorce from Prince Charles and Billy Porter stunned in a black Christian Siriano gown at the 91st Academy Awards.

It was in 1994 however that the world realised just how truly powerful a dress’s influence could be, when a little known actress called Liz Hurley attended the premier of Four Weddings and a Funeral on the arm of then boyfriend Hugh Grant in a black Versace gown secured up the sides with gold safety pins. ‘That Dress’ as it came to be known launched Hurley into the spotlight and immediately guaranteed its place in fashion history.

You can read the exclusive extract from FashionQuake below. 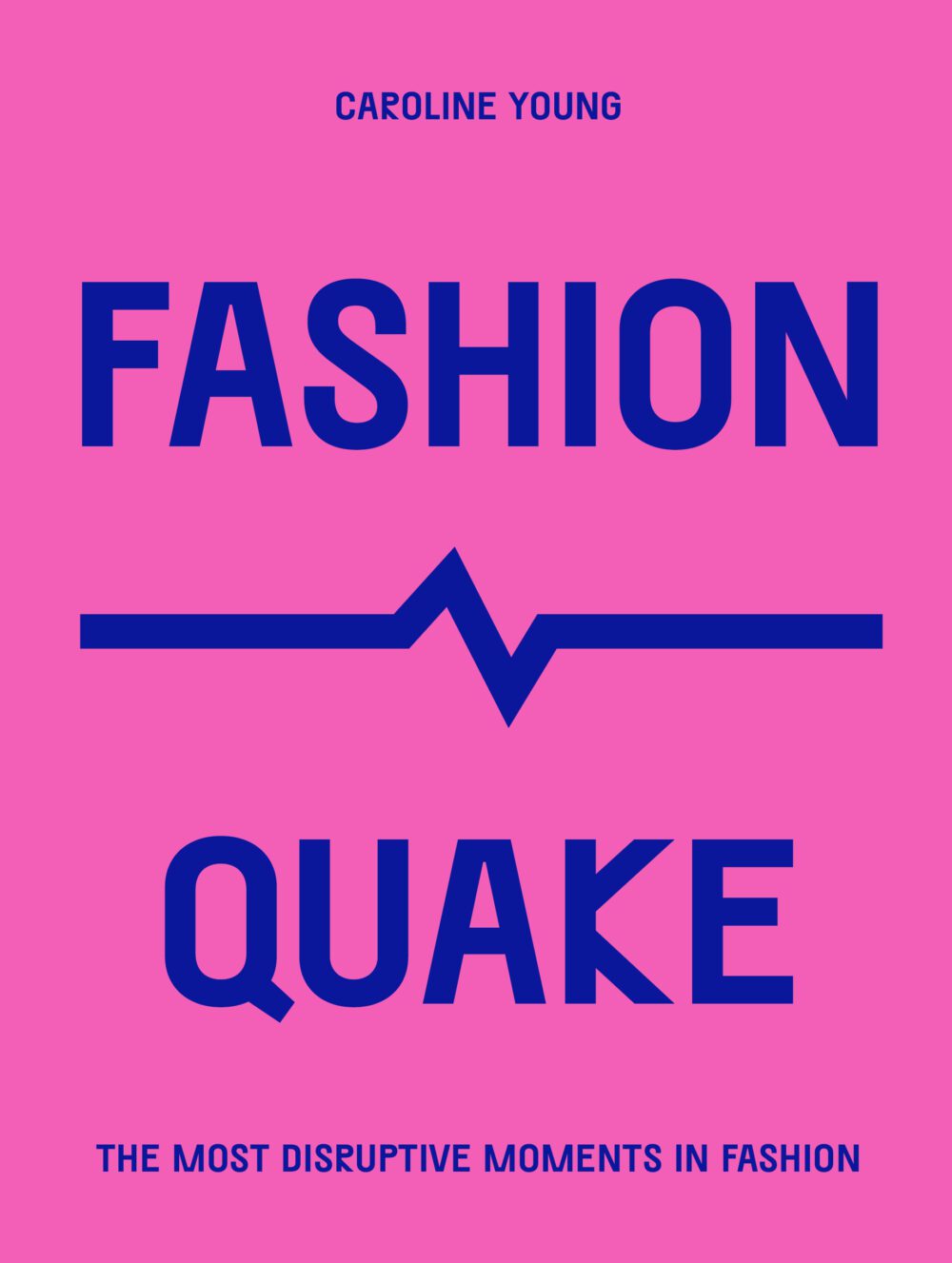 FashionQuake
FROM SAFETY-PIN TO INSTANT FAME
SAFETY-PIN DRESS
VERSACE
It took one dramatic Versace dress to catapult Elizabeth Hurley, a little-known actress and model, to instant fame. In May 1994, she accompanied boyfriend Hugh Grant, star of Richard Curtis’ new rom-com, Four Weddings and a Funeral, to the premiere. By wearing the cleavage-enhancing, leg-revealing black gown, held together with safety-pins, she was the paparazzi dream of the night, ensuring that she was the only one anyone was talking about. Designed by Gianni Versace, the tight black gown had previously been worn by Helena Christensen in the spring–summer 1994 runway show, and it perfectly
encapsulated the designer’s brash, voluptuous supermodel aesthetic. Plunging to the bellybutton and slit completely up the sides, the stretchy silk and Lycra fabric was held together by twenty-four large gold safety-pins embossed with the
Versace medusa head, which gave it a punk, DIY edge. Grant later recollected that Hurley only chose to wear the dress at the last minute, when other designers wouldn’t lend her anything from their collections. ‘Poor Elizabeth rang some top designers and they all said: “No, who are you?” or “No, we’re not lending you anything.” Then Versace said: “Yes, we’ll lend you a dress”, and they just sent one round which is that one with the safety-pins. So she shoved it on and I raised my eyebrows a fraction and we set off.’ With a winning smile and several acres of cleavage brandished before her, Elizabeth knew she had upstaged everyone – including her dishy star boyfriend. ‘You cannot wear a dress like that and underestimate its impact,’ wrote the Mirror’s Fiona McIntosh, the day after the premiere. The newspaper also reported that the telephones at Versace’s London office were running off the hook with requests for the ‘pin dress’, but by that time the $2,580 dress was sold out. Hurley not only became one of the hottest celebrities in the world, despite only a few film credits under her belt, but Versace quickly became a household name for its lustrous fashion excesses.

From then on simply referred as ‘That Dress’, it would became a symbol of immediate celebrity, where all someone needed to grab the attention of the press was a voluptuous body and a revealing gown. Hurley paved the way for actresses like Rose McGowan, wearing sheer mesh and just a thong underneath, and Jennifer Lopez in a split-to-the-navel Versace gown, to reach next levels of fame.

About the author:
Caroline Young is an Edinburgh-based writer and fashion journalist. She is the author of Classic Hollywood Style (2012), Style Tribes (2016), Tartan and Tweed (2017) and Living with Coco Chanel (2019).

FashionQuake by Caroline Young is published by Frances Lincoln and available from all good book retailers now, priced £12.99

I once shared a lift with Meryl Streep & Julianne Moore. Oh, & Victoria Beckham smiled at me. UK Editor for ADDICTED.