When we all saw it, we thought the future is here. The vehicle looks like it was made by aliens and it also reminds us of the Ridley Scott’s classic blade runner. Despite being all-electric, the vehicle is extremely tough and has the capability to challenge all the top-selling pickup trucks on the market. It is available with an all-wheel-drive and is able to tow up to 14000 pounds and has an estimated driving range of .500 plus miles.

At first, the vehicle may seem robust, but a series of new concepts are showing that it could play a relatively pedestrian role. This has attracted many sources who want to recruit their vehicle in their operations. Believe it or not, but some organizations are already getting on board. Police departments in Dubai, Kansas, and Ontario have expressed interest and some of them have already designed their own mockups of the vehicle.

We are all anticipating the vehicle’s arrival on the road in 2021, and so here some future insights from LeaseFetcher on how the Cybertruck will conquer the road. 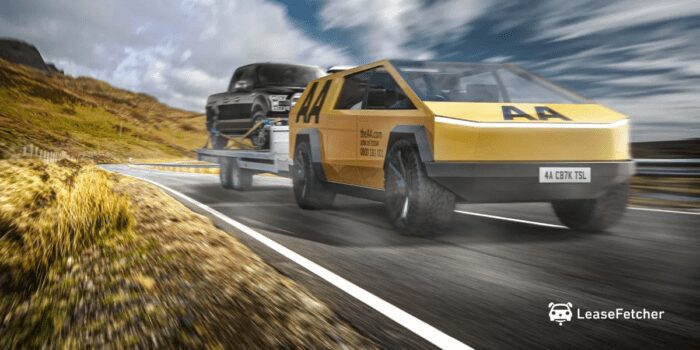 The truck was actually put to the test, and believe it or not it was actually assisting a Ford F-150 which was the vehicle’s main competitor. Tesla also claims that the vehicle will have a higher maximum ratting than popular towers such as RAM 1500.  The Tesla single and dual motors will have a towing capacity of 7500 and 10000 pounds, however, models with a third engine will be able to tow an astonishing 14000 pounds. 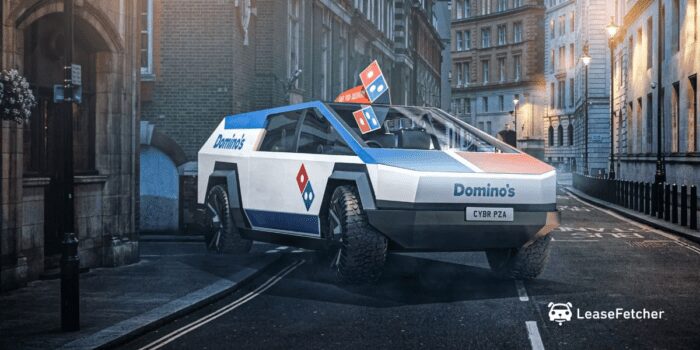 Sure, it may seem too much for a pizza delivery vehicle, but on the other hand, its performance shows us that cold pizza will be a thing of the past. With its three-motor configuration, the Cybertruck will be able to reach 0 to 60 mph in 2,9 seconds. 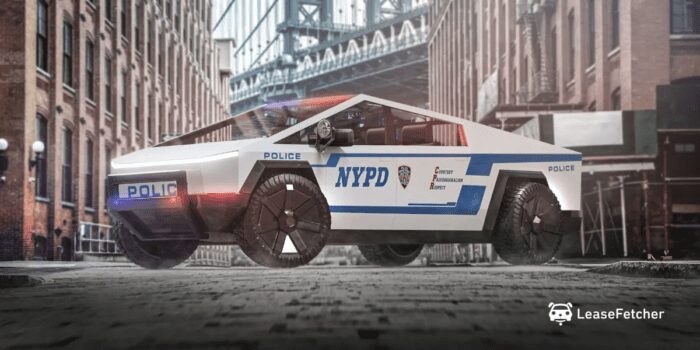 Well, the vehicle will look so sharp that” Batman” will be scared to go out on the streets. The truck will be designed as a 6 seater with off-road capacity and specs going up to 500 miles of range.  Mayors of different cities around the world are already ordering the Cybertruck, and their idea is that it could perform lots of other municipal duties. How they see it, the vehicle is inevitable. 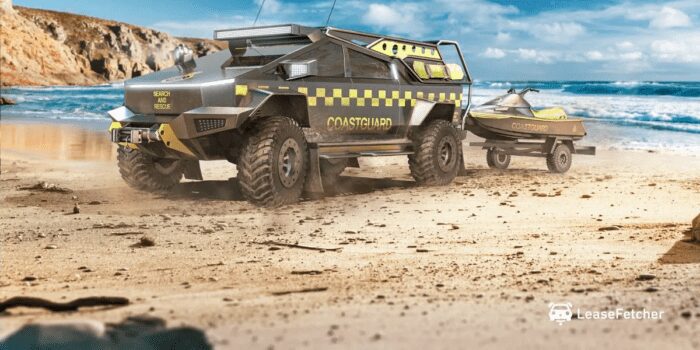 If the police departments are getting on board then why wouldn’t the coastguard?  It would make fantastic use of the electric vehicle. Tesla is already creating a version with a 6.5-foot vault, and are promising a number of such additions like locks for securing storage and solar wings. 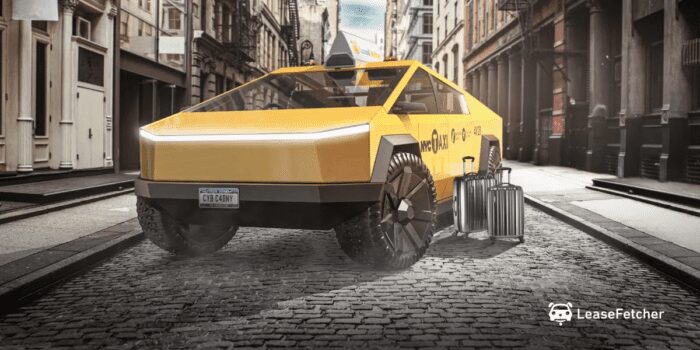 As we said before, the vehicle will have a towing capacity of 14000 pounds. What would you want more from a TAXI? It is fast and it carries as much you want. So, next year pack as much as you like, and don’t worry about the time, because you won’t be late for your flight.

The Tesla Cybertruck is just the beginning of the all-electric car era. Let’s hope that other manufacturers will be inspired by this vehicle and one-day we all switch to all-electric cars.