Subtlety is not a hallmark of The Marcus King Band.

At 23-years-old, the guitar phenom of the same name – along with his five-piece back-up band – clocked in a dizzying two-hour show at Toronto’s Danforth Music Hall.

Light on crowd banter, King chose instead to let the music speak for itself. And did it ever. From southern-fried rock to sizzling soul, the impressive unit let their fingers fly up and down their respective instruments to the amazement of everyone watching.

On songs like the tender 8 AM and full-on rock-out of What’s Right, it was apparent that the soaring sounds of the South Carolina troupe were hitting the crowd just right. In fact, while attendees of the Danforth Music Hall held onto to every note, any trace of distracting mobile devices were shockingly absent. 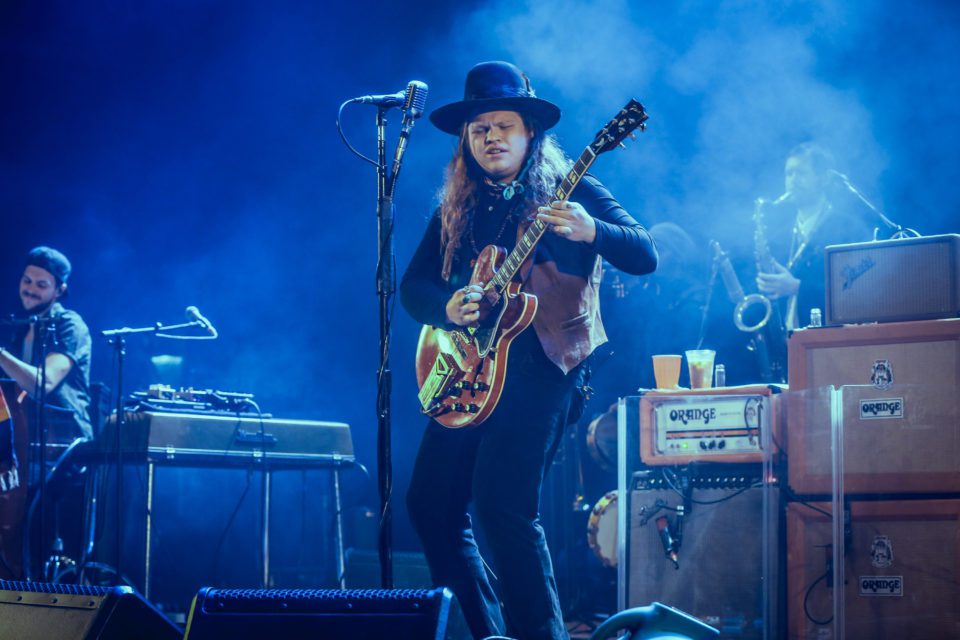 Instead, eyes were connected to the righteous guitar solos and five-minute drum breaks that littered the entire show.

A professional player since the age of 11, King seemed to take his cues from all over. Especially when it came to his emotive musicianship. Never without a grin on his face, King was having fun and not afraid to show it, culminating with the blistering blues of Ain’t Nothing Wrong With That.

Combining an affection for the Allman Brothers and swagger of Stax Records, elements of prog and jam styles also sat comfortably beside The Marcus King Band’s chosen groove. Elevated by their booming horn section, the notes rang out freely, the venue filled with cheering, and by the night’s end, their southern charm was impossible to resist.