Few rappers today can match the knotty wordplay of Rapsody. Most wouldn’t try.

It was as a young woman growing up in North Carolina that female-led rap and R&B collided with her formative years. The sounds of Aaliyah, Queen Latifah, and Lauryn Hill projected a certain tomboy femininity that she instantly gravitated towards. It was in them that she saw herself.

Three albums and three Grammy nominations later, Rapsody has embarked on her exquisitely titled A Black Woman Created This tour; a promotional trek across North America in support of her critically lauded 2019 record, Eve.

At Toronto’s Toybox – one of her few Canadian stops – early birds were given much to savour. Hailing from Washington D.C., Sa-Roc opened the set, stepping on the stage and immediately getting the crowd vibing, particularly on the nearly perfect Forever. 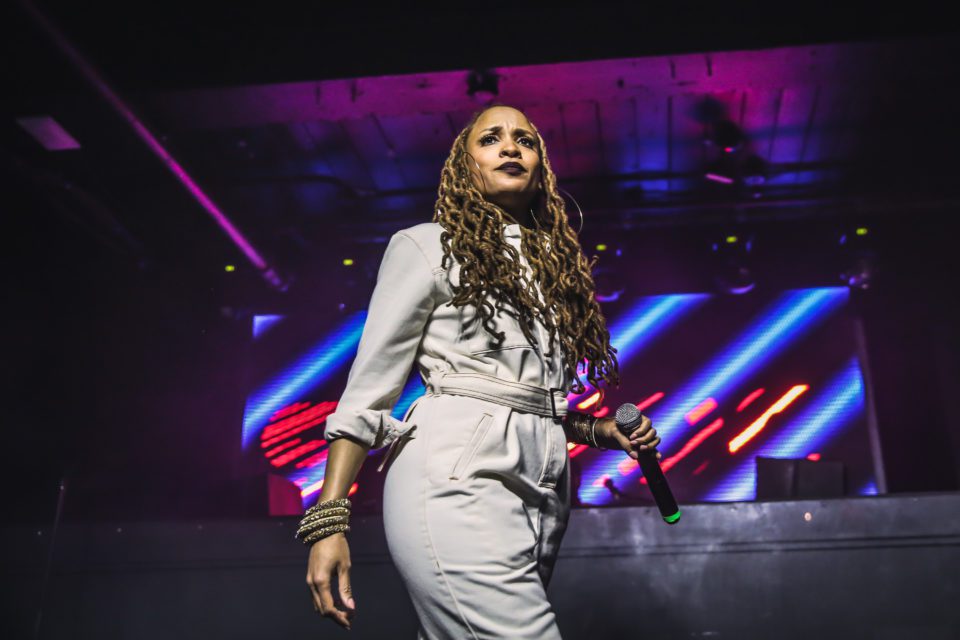 The crowd inside was ecstatic and beaming. So was Rapsody, who rolled out onstage dressed in gold chains and baggy attire blasting her way through the dense lyricism of Aaliyah while brandishing her bling.

In fact, every song from the album was named after a different black woman. Continuing their legacies, Rapsody delivered on her word with standout tracks like Hatshepsut and Afeni.

Both proved to be stirring moments throughout an evening full of unity. In welcoming crowd banter at every turn, Rapsody’s quick, and often funny, style rang as authentic as her music.

Although it was her idols who pioneered progress in a male-dominated hip-hop world 20 years ago, the mic of inspiration has now been passed. It’s Rapsody’s turn to now carry the message.