The journey of any artist always includes finding yourself along the way, especially when it comes to performing and music. As the artist evolves, so does their sound and style. It presents itself in the lyrics and, I believe, endears them to their audience while making them even more relatable.

I have enjoyed watching LAAHLO evolve into what he is today. From our first meeting, I knew he was talented, but he has surprised me in many ways as he has grown into what he is today. Starting out from a very young age seems to have given him time to realize we all need to pay attention to what we feel, what we need, and what we want for ourselves more than we do to the things other people put on us that limit us.

I recently interviewed him for my show, ‘Tommy Talks’ which led us to do another interview because I can seriously talk to him all day and I felt there was more to share with everyone. I hope you all enjoy the following as much as I did.

Q: The story about how you got started in the music business is an interesting one. Can you tell us how Laahlo started out?

LAAHLO: Music has always been a big part of my life. I was always singing and dancing around the house when I was younger and my parents were with me every step of the way. I started performing at the age of 10 at The State Fair of Texas (Mundo Latino) then went on to perform at school talent shows. My sister and I were a Mariachi Duet who performed traditional Mariachi Music to current pop songs. At the time we liked to refer to ourselves as Mariachis with a Twist. Through the years, the audiences and the stages kept getting bigger and bigger as did my curiosity to become a solo artist. I always knew I wanted to be a singer, but proving to myself that I could actually do it on my own was a part of the growth process. Going to an Arts school really helped me break out of my shell and dive into other genres of music. Long story short, I taught myself music production, started cutting my own demos and here I am!

Q: You have had successful collaborations in the past. Is that something you plan to continue doing? How did you come to create ‘Lightning’ with Mike Anton and Crystal Rock?

LAAHLO: Collaborations are so much fun for me and to answer your question, ABSOLUTELY! I love being able to team up with other artists, exchange ideas and create something magical. I remember my first time hearing Dance music when I was in high school, I always thought it was so cool and always wanted to do it someday. Fast forward to today, here I am collaborating with EDM producers on the other side of the world. It’s crazy how things work out.

Teaming up with Mike Anton & Crystal Rock was definitely a great experience. I remember writing Lightning in 2015, I wanted something with a positive message and it all happened naturally. Shortly after the song was written it was involved in an agreement with Insomniac Records/Interscope Geffen A&M. Unfortunately, the song collected dust for 18 months, but once it was free, we released it under Goldfire Records. I loved the song then and I love the song now. Everything from the production to the melodies, it was brilliant teamwork.

Q: You released a song in Spanish last year, ‘Nadie Se Va A Enterar’. What is that song about and do you plan on creating more Spanish language songs?

Laahlo: In 2019, I changed my stage name from Tony G to LAAHLO and I knew my first single had to be perfect. I told myself if I wanted to take things to the next level, so instead of moving forward with my regular routine of producing and writing my own songs, I decided to team up with Daneon. Daneon has produced many songs and has worked with many well-known artists. I was honoured for him to accept my invitation.

Spanish music is definitely where my heart is. There’s’ just something about it that just feels right. I’ll definitely be releasing music both in Spanish and English. 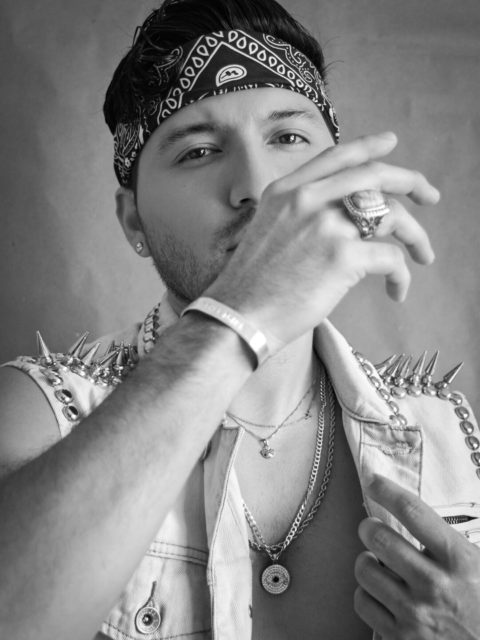 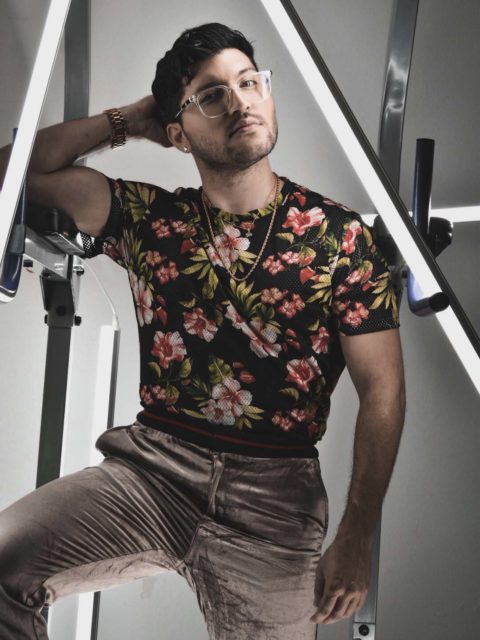 Q: Speaking of collaborations, you have another coming soon. Can you tell us about ‘Heart A Break’ with Manuele Calvosa?

LAAHLO: I teamed up with Italian producer Manuele Calvosa late last year and we planned to release our song Heart A Break in 2020. The pandemic has caused some delays but it will be released when the time is right.

The song itself is about somebody giving their Heart A Break due to their past experiences. Sometimes it’s not as easy as we think to move on- entering a relationship with baggage can cause problems.

Q: You also have a summer dance song called ‘Summertime’. When can we expect that to drop and what was the motivation behind that?

LAAHLO: I decided to take make this song a SoundCloud exclusive release, which is available now. I decided I was tired of waiting so I just released it. I’m considering releasing some remixes that will be available on all platforms.

Well, *sips tea* a little backstory on summertime- its actually about sex. Of course, I made some changes https://linktr.ee/LAAHLOto clean it up a bit, but I think it came out ok. It’s a fun tropical vibe dance song, perfect for a workout, or summer day.

Q: Where can we find you on social media?

LAAHLO: If you know how to spell my name, that’s a good start. Haha! I’m on all social media platforms, but my favorite right now is Instagram. My IG is @laahlo.music

Q: Describe yourself in 3 hashtags.

LAAHLO: I cannot live without my cellphone. It’s amazing how far we’ve come with technology. I can literally pick up my phone and facetime with somebody on the other side of the world. Also, I use it to listen to music, which fuels my inspiration.

I wish we could all live without labels. Labels are barriers that can keep us from reaching our full potential. For example, I do not like being labelled as a Latin pop artist because I’m more than that. Some days I may want to write an English trap song, or maybe the next day I am more inspired to write a song like Summertime with a more tropical vibe. If I stuck with my Latin pop artist label I would be limiting my creative ability.

Q: How have you been dealing with the current pandemic and navigating these unfamiliar times?

LAAHLO: For those who have an anxiety disorder, including myself, some days can be challenging. It’s about picking yourself back up and making smart decisions because your health depends on it. I’ve adapted pretty well, of course I miss the freedom we all grew up with but I know things will be back to normal hopefully sooner than later. I spend my days seeking inspiration to make more music, breaking down my own personal barriers, and try to be there for those who need me the most, while maintaining my physical distance. Staying physically active is also a part of my daily routine.

Q: Since this is for ‘Addicted’ magazine, what are some things you are addicted to these days in a good way?

LAAHLO: COFFEE. For those who know me, know I was never a coffee drinker. Starbucks converted me about 3 years ago and now I can’t get enough. If I can add to that I’m addicted to creating. As you know I produce and write my own music but I also found a second passion in photography. There’s just something so remarkable about freezing a moment in time and being able to look back at it. I like to consider myself a candid photographer; I seek those unexpected moments.

Q: What’s up next for Laahlo?

LAAHLO: I’m currently working on collaborations with Manuele Calvosa, NOVACANCY, Marcus J3nson and of course my future singles. There’s talk about me doing an EP but we’ll see what the future holds. I plan to do live shows in the near future when things get back to normal.

As an entertainment, social media and pop culture expert whose clients include celebrities, television shows, film producers and mainstream media,Tommy Geraci has provided social media coverage for the BAFTAS, Britannias, Emmys, Oscars, Golden Globes, Erase MS, and more. He has worked on the red carpet for movie premiers, including Transformers, White Rabbit, and the One Direction Movie as well as the BAFTAS, Erase MS, and the Golden Globes. Tommy also provides social media coverage for the convention circuit and works as a celebrity handler on occasion. Tommy’s blog, Teeco71.com, highlights his interviews with celebrities, indie filmmakers and musicians, and the events he attends and features his favorites in the world of television, film, music, and apps. In 2012 he received a nomination for a Shorty Award for both Blogging and PR. Tommy serves as associate producer on Eastsiders, Sins Unveiled, Stigma: Growing up in Hollywood & Social Producer on The Salon.