Niagara is home to nearly 100 wineries and thousand of appellations wines that true show off the terroir, the essence of Niagara in the bottle. One standout example from the region is Nyarai Cellars, a Virtual Winery run by Winemaker and Owner Steve Byfield. Virtual Wineries have been integral in building up the culture of wines in Ontario. Read along as Sommelier Renée Sferrazza find out more about Nyarai Cellars and what brought Steven Byfield to create a Virtual Winery, plus some fun wine fact along the way!

Renée Sferrazza is a Court of Master Sommeliers Certified Sommelier, Canadian Association of Professional Sommeliers Board Member, wine educator, wine writer, consultant, and contracted peddler of fermented grape juice. Exploring wine has become more than just a driving force in her life, she is passionate about bringing a different side of wine to the table. Working over a decade in the wine industry in Canada and abroad, Renée showcases a side of wine that is romantic but not pretentious and, above all, practical.

Virtual Wineries sound like they live on a computer, but they are wineries made without sticks or bricks. This style of winery can be found all over the world. In South Africa and Australia, they are called Garagiste Wineries and named Micro Négociants in France. Purchasing grapes and making wine in leased spaces, with leased equipment and sell their productions directly is the way that Virtual Wineries bring their wines to market. Let’s face it; owning a winery sounds like an expensive endeavour. Costs of real estate, licensing fees, vineyard management, equipment, staffing and more can be a hard ask for a new winemaker. This non-traditional method is ideal for winemakers to do what they love right from the get-go, make wines from anywhere in their region and build a cult following for the wines they make. Steve Byfield has learned the ins and out of the wine industry here in Ontario. Not only have his own Virtual Winery but working with some big names in the biz. 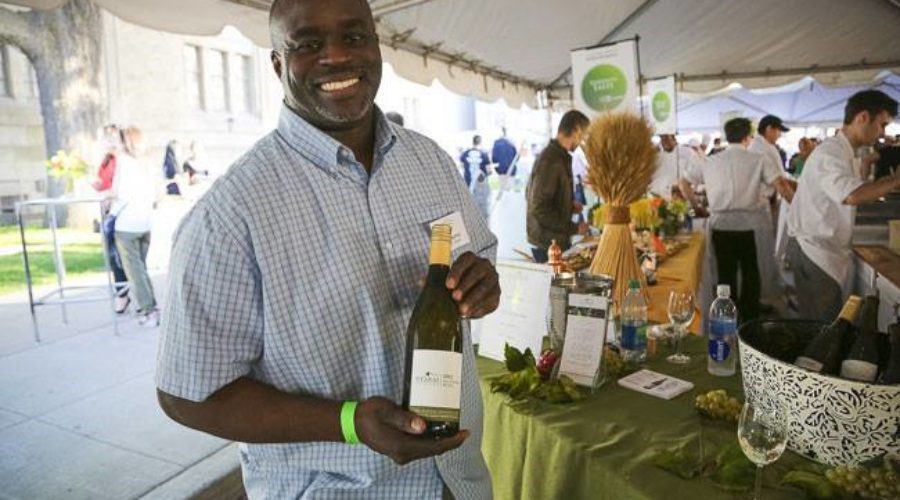 Steve Byfield came into the wine industry like many wine professionals.  After years of study in a different field, finding wine and realizing that working in wine is what he is meant to do. “I was always focused on music and music education. Even though I knew from an early age that I didn’t want to become a full-time musician,” said Steve. He continued that in music, “either you have the desire, patience, and hungry or you don’t. I learned early on that I didn’t want to rely on music as a full-time gig.”

With that thought in the back of his mind, Steve switched into teaching music instead, although it didn’t go as planned. Recounting his life, Steve explained that, “with teaching not working out, I wanted to find something I would be just as passionate about as I was with music. Winemaking, to me, is a creative process, and that spoke to me. Coming from my music background, I saw the creativity that was involved in making wine. I see wine analytically but also in board colour and sensory descriptive terms. I could get into this and be passionate about it,” he said. “When I made my first vintage, it was pinot noir, standing there covered in grape skins I just knew I didn’t want to be anywhere but here,” recalls Steve.

Getting his start in commercial winemaking at Southbrook Vineyards, when their winery was located in Richmondhill, Steve began working in the Southbrook wine shop in 2000. Still, he moved quickly into winemaking only a year later. He remembers, “the following spring of 2001, their winemaker Derek Barnett let me know that he was moving on, so I began inquiring about working in the back of the winery. Making wine and harvesting with their Assistant winemaker, Colin Campbell, that would be moving to Head winemaker position. I spoke with the general manager, Colin himself and Bill Redelmeier (Southbrook’s owner) about the switch. They came back to me, offering me a full-time apprenticeship with Colin. There was no hesitation; I said yes right away!”

Steve will be the first to say that his time out Southbrook set him up for success as a winemaker. Southbrook is where he experienced making his first solo vintage in 2005, consulting with the newly arriving Head Winemaker Ann Sperling. He moved on from the winery in later that year, moving to Hamilton and becoming the Assistant winemaker at both Ridge Point and Calamus Estate in Niagara. Here is where Steve crossing paths with Kevin Panagapka. In Niagara, Kevin pushed Steve to try his hand at making his own wine.

Kevin had already started making wine under the 2027 Cellars label. He was the one, recalls Steve, that said, “you could do this as well, something small lot, rent a tank, build a brand and work from an existing manufacturing licence. With Calamus offering me to work from their licensee, I made a small lot of Sauvignon Blanc, buying grapes from contacts I made along the way. That wine won the bronze medal the following year at the Ontario Wine Awards. It really got the ball rolling.”

The Story Behind the Name

Nyaria was open for business in 2009. Although it wasn’t a brick and mortar winery, Steve says opening Nyarai was “was both exciting and nerve-racking. I didn’t recognize that there was an opportunity for not only myself and Nyarai but also for other virtual wineries in Niagara to start taking hold and develop.”

Unlike some virtual winemakers, Steve was averse to naming the project after himself. “I didn’t want to put my name on the bottle because I didn’t want to seem like this brash loudmouth kid,” explains Steve. He continued, “if my name was more well known in the industry, then sure, but I wanted to create my own brand and story.”

Searching for a name to stand behind, he landed on Nyarai. “Nyarai itself means humility or humble,” he informed me, “that it steams from the Shona Tribe dialect of Zimbabwe and Mozambique.”

“I liked the name,” said Steve. Recalling that he, “thought that Nyarai played off Niagara really well, there was a feminine connotation that I liked, and it sounded nice and respectful. When I told my former business partner and what it meant he said, ‘that’s perfect!'”

“He was trying to push me for the last couple of months to come up with a name or put my name on the bottle,” he said, recalling the memory. His former business partner told him that, “with the name Nyarai he said I picked a name that described my personality – which I didn’t even realize.”

Steve’s humble personality gets imparted on all the wines he makes. He has a very community-oriented and detailed style of understanding wine, coupled with a non-interventionist winemaking style. This thought process goes into every wine made at Nyarai. Steven is not only considering the grape for the wine but every aspect of where and how it was grown. 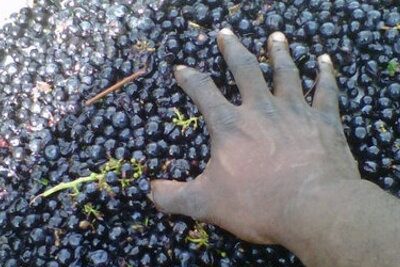 “I will source fruit where the fruit is,” Steve explains. Giving a great example of this, Steven says that he, “would source Sauvignon Blanc from three different vineyards to make the wine. It is grown differently depending on the grape grower, the soil is different, the climate is different, rootstocks are different, and of course, clones are different. I like the different palates and colours you can get from different places and try to incorporate these unique attributes in the final blend.”

“I want to respectfully translate my final product to show what the grower has done in the vineyard,” says Steve. His goal is, “to convey, in the bottle, this is an Ontario wine.”

Sauvignon Blanc is the grape that Steve has the most connection with, and you can taste that in the bottle. However, his passion for the craft is evident in everything wine he makes. When I pressed, asking if there is a wine he is dreaming of making, Steve told me, “I just dream about making wine.” That said, he would love to make some sole varietal Petit Verdot.

Steve has a unique way of putting himself in all of his wines. He is a fan of the Bordeaux style of assemblage, blending portions of different varietals to create a complete wine. Which, to me, came across as a nod to his days in music. As humble as he may be, there is evidence in the glass that Steve is striving for a symphony on the palate. If you don’t believe me, try the Nyarai Cellars Cadence blend, you will be floored!

The culture of Ontario made wine is growing, and Virtual Winemakers like Steve Byfield have played a significant role. “We have come a long way,” with winemaking in Ontario, says Steve. Canada is a cool climate region; at times, an extreme climate region. It can be a challenge. Steve sees an advantage to the problems the Canadian climate poses. “If you want a challenge as a winemaker,” says Steve, “you should work in a cool climate region.” He continues, “we face different challenges here than in Napa or South Africa. I believe it is a region where if you can consistently make good wine on the off years, it is more of a feather in your hat. The good years will be amazing!”

If hearing about Steve and his phenomenal wines from Nyarai Cellars have piqued your interest, join Renée as well as Steve himself for a Live on Instagram chat about everything Nyarai. Coming up Sunday July 12th at 12pm, follow @wine.by.renee and @nyaraicellars to tune in for a live tasting and deeper dive into everything Nyarai!