Since the beginning of June, thousands-upon-thousands have gathered in Toronto and throughout the rest of Canada in solidarity for anti-racism protests, chiefly organized by the Black Lives Matter movement.

Even with the noise of helicopters, media outlets, and detractors, the voices of the protestors have luckily not be silenced. For weeks now, they have chanted George Floyd, Regis Korchinski-Paquet, and Breonna Taylor and many other Black Lives that have been killed by police.

In Toronto, massive support has sprung up everywhere. Marching from Dundas Square to City Hall, organizers have remained diligent in reiterating the importance of peaceful and respectful protests to the crowd.

Their message, direct and simple, is to put pressure on the government from the municipal level right up to Prime Minister, Justin Trudeau, to publicly condemn the acts of violence and murder against Black Lives throughout North America.

ADDICTED photographer Myles Herod took his camera to Toronto and Burlington taking part in both Black Lives Matter marches. This is what he saw. 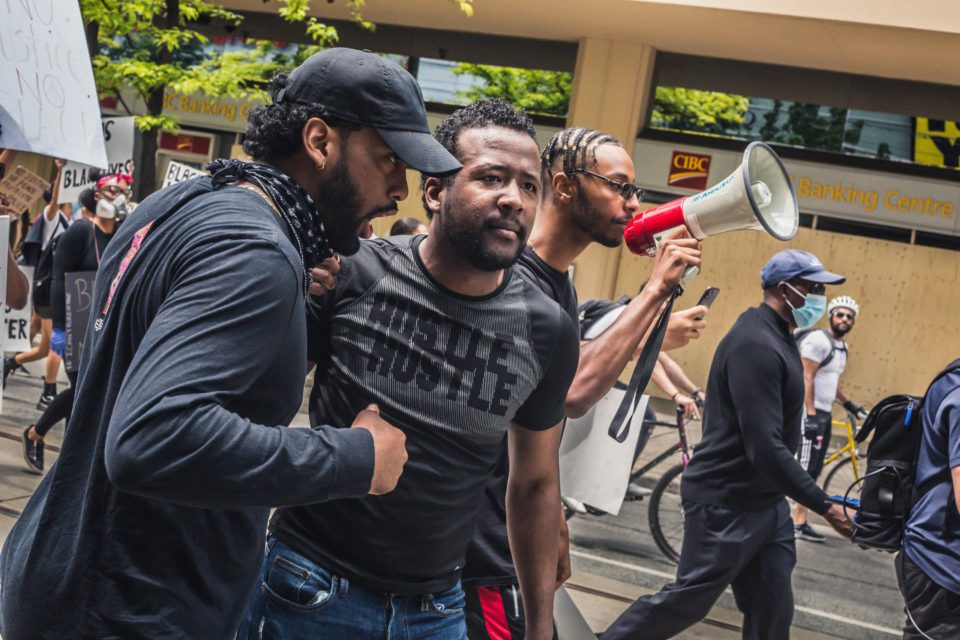 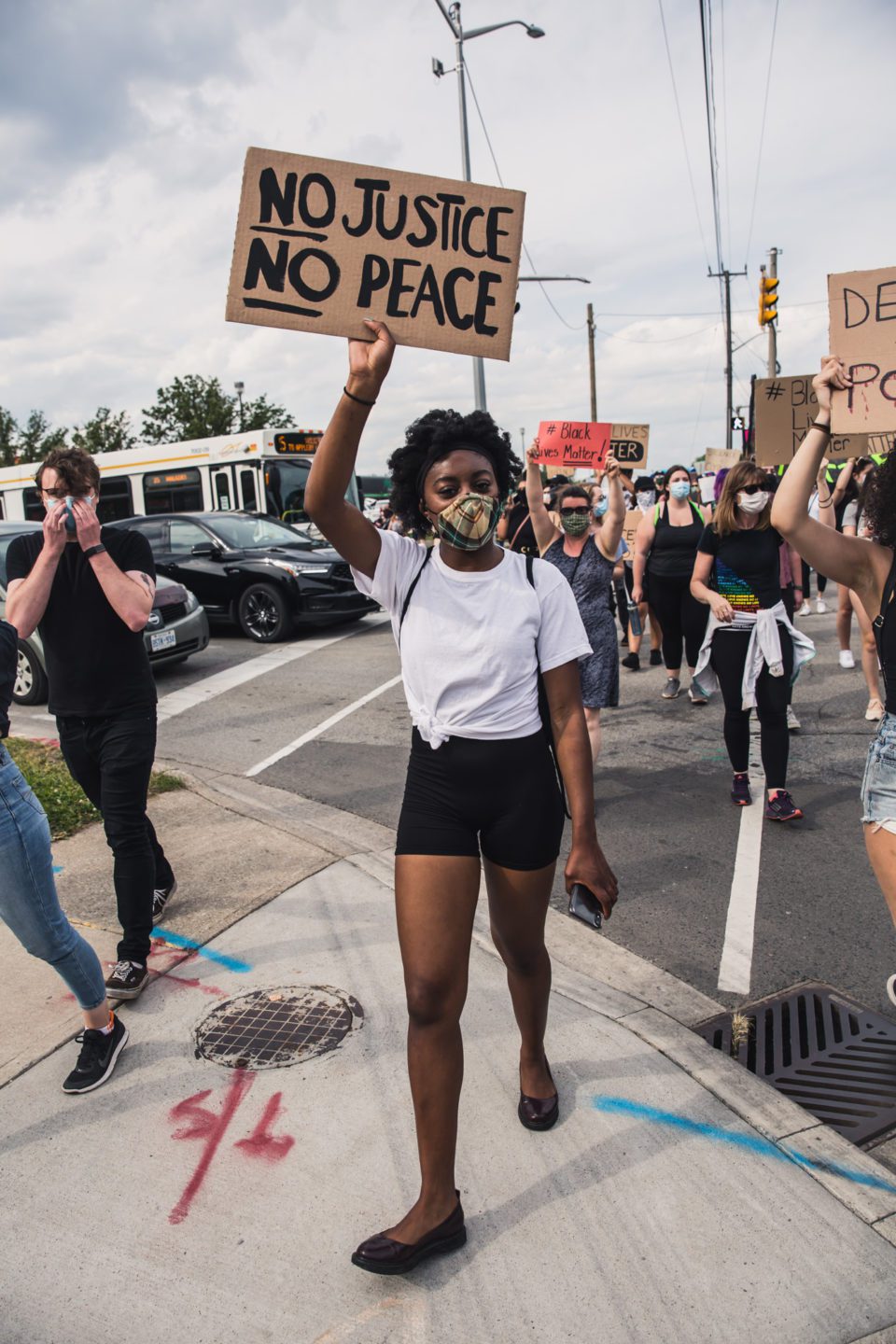 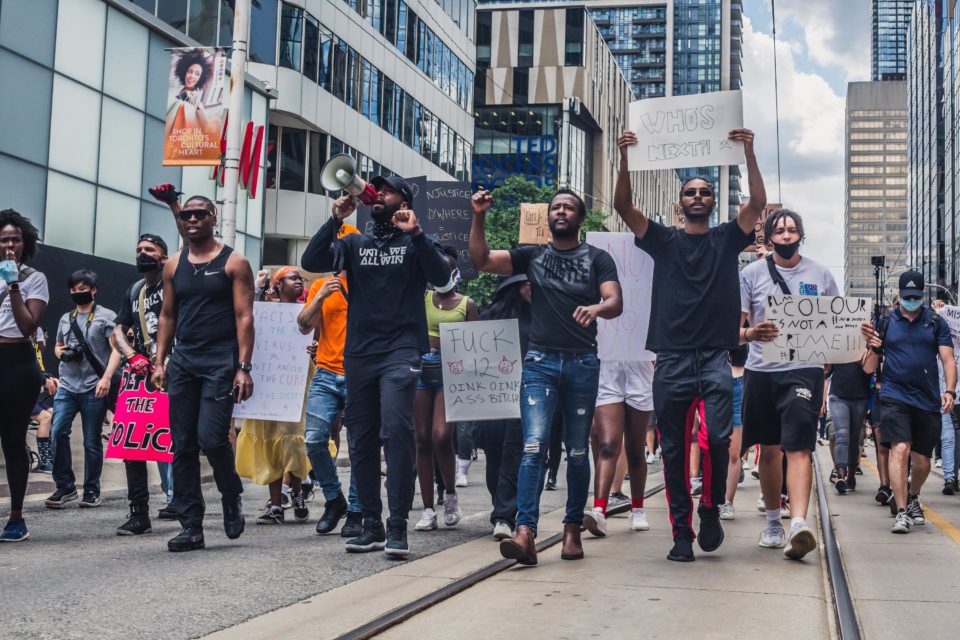 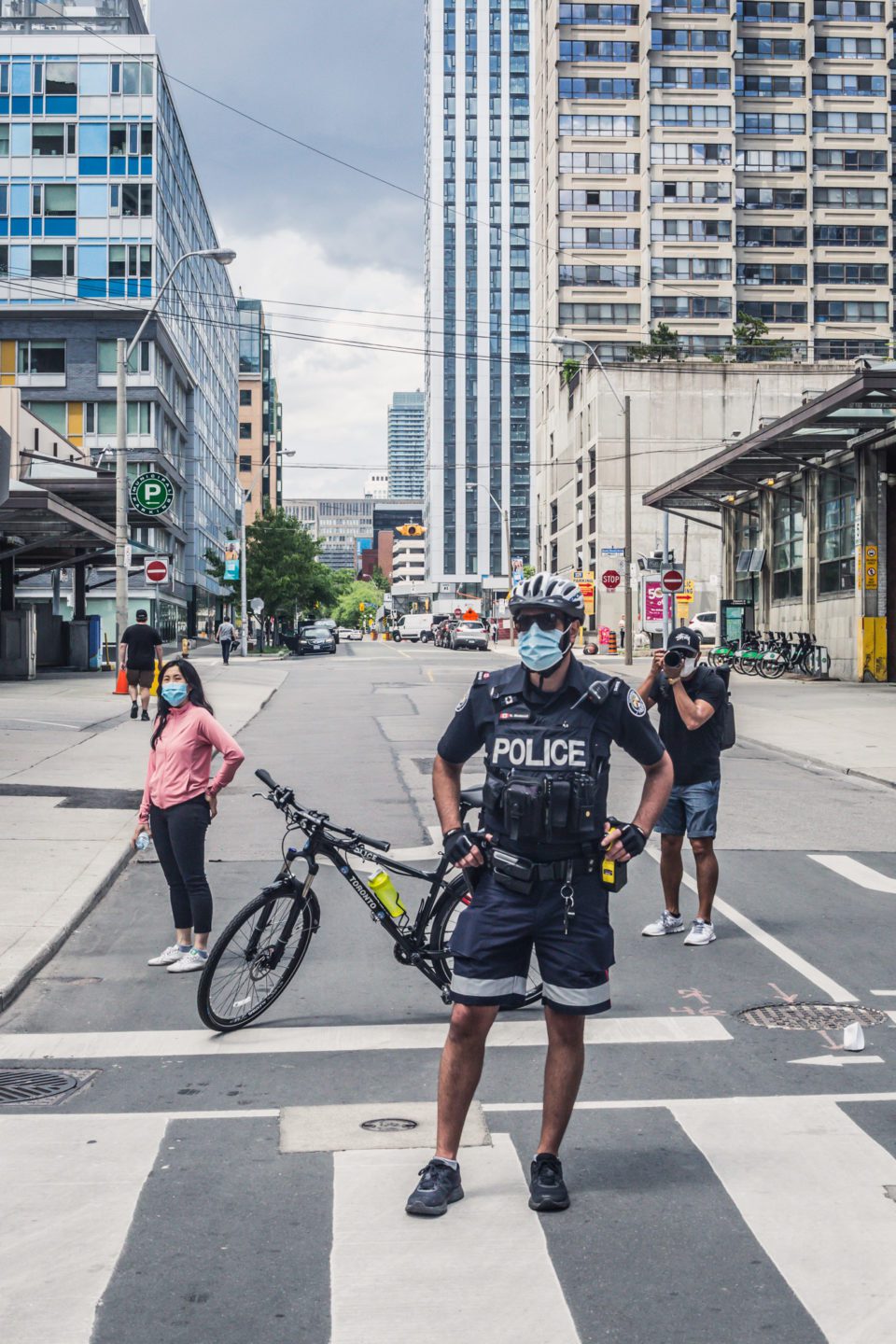 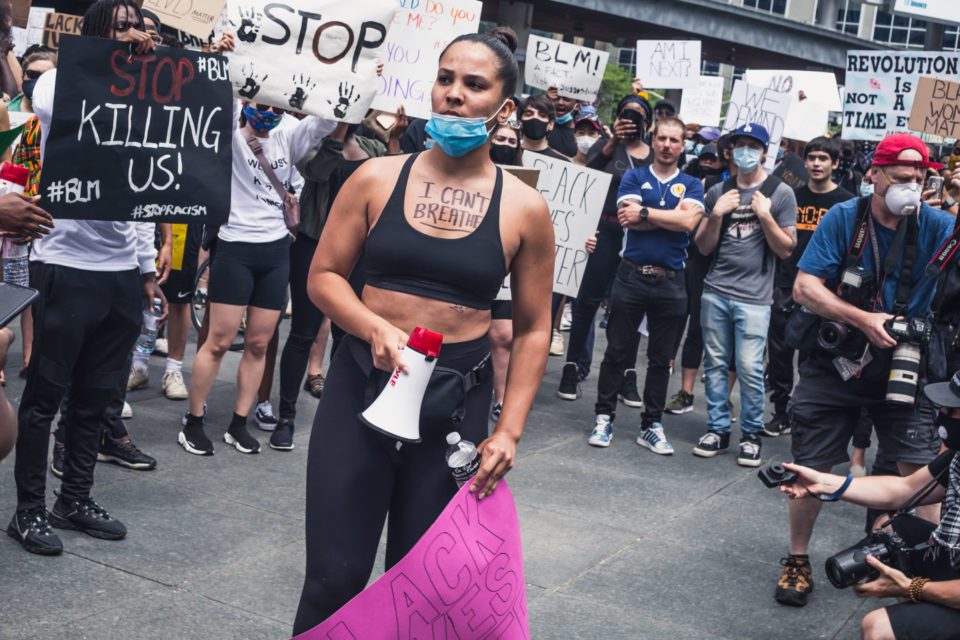 Black Lives Matter activist, with the words “I CAN’T BREATHE” written on their chest, speaks to the crowd. (Photo: Myles Herod) 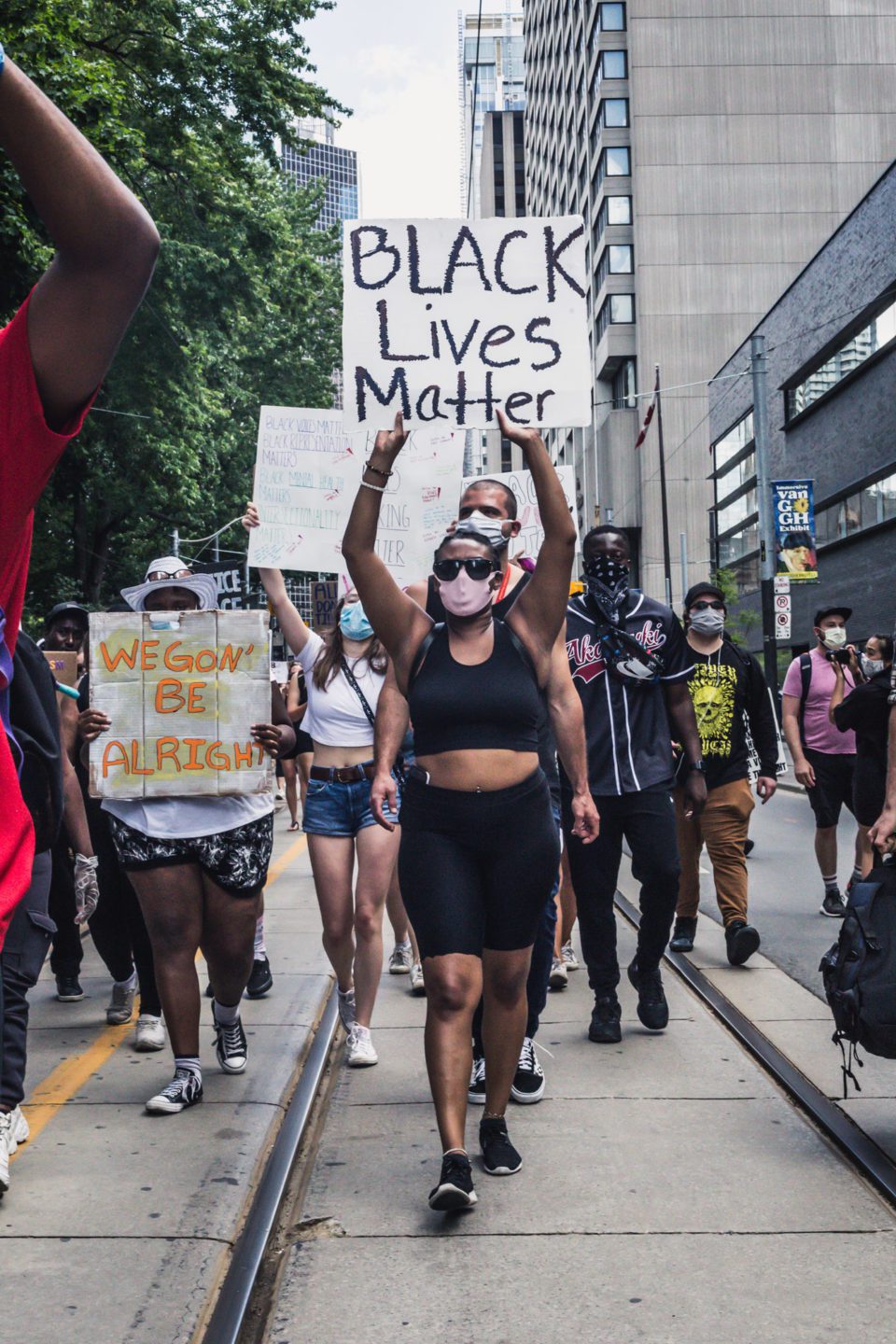 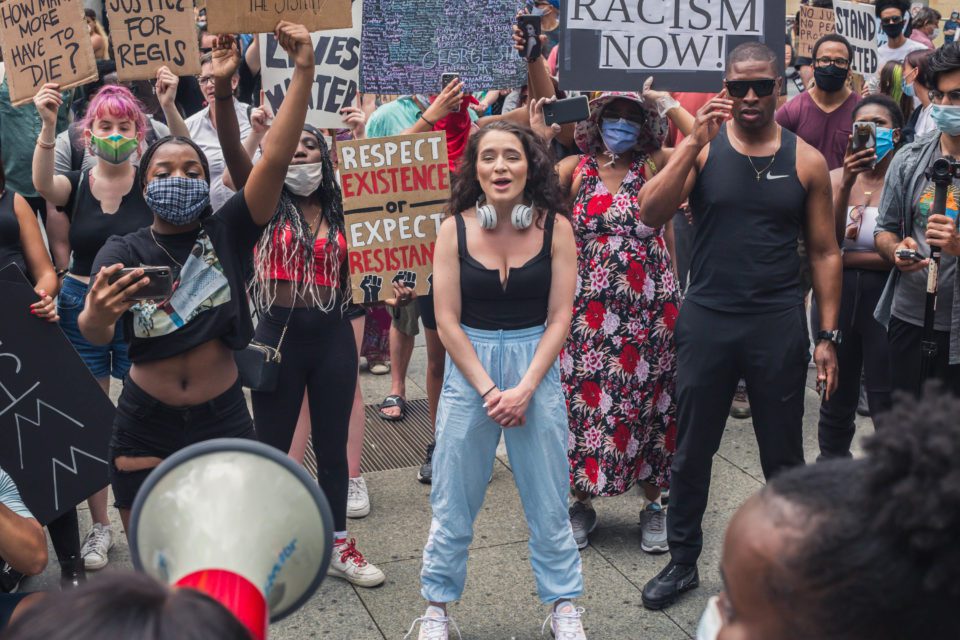 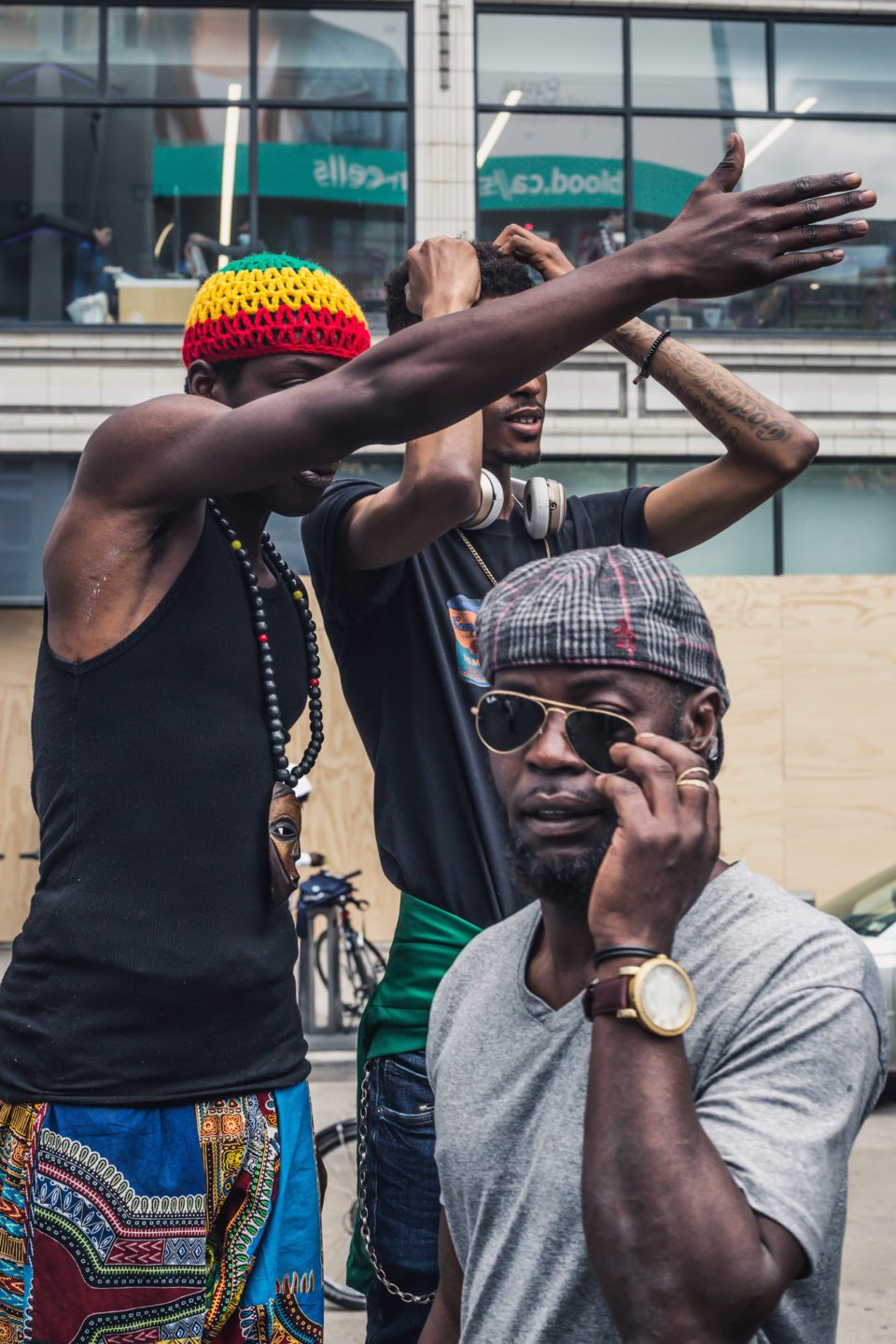 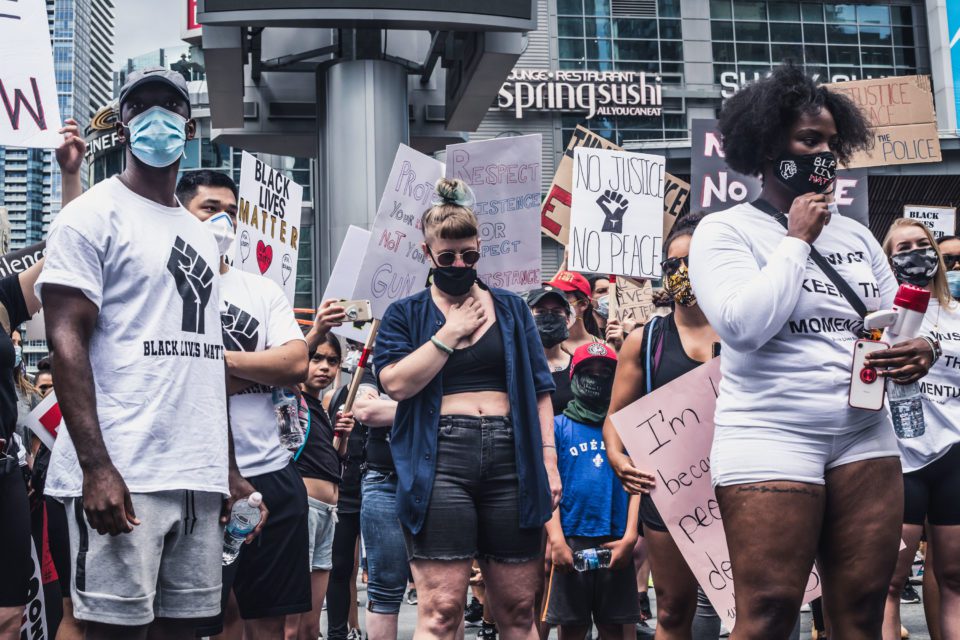 Protesters hold a moment of silence against racism amid a backdrop of signs. (Photo: Myles Herod) 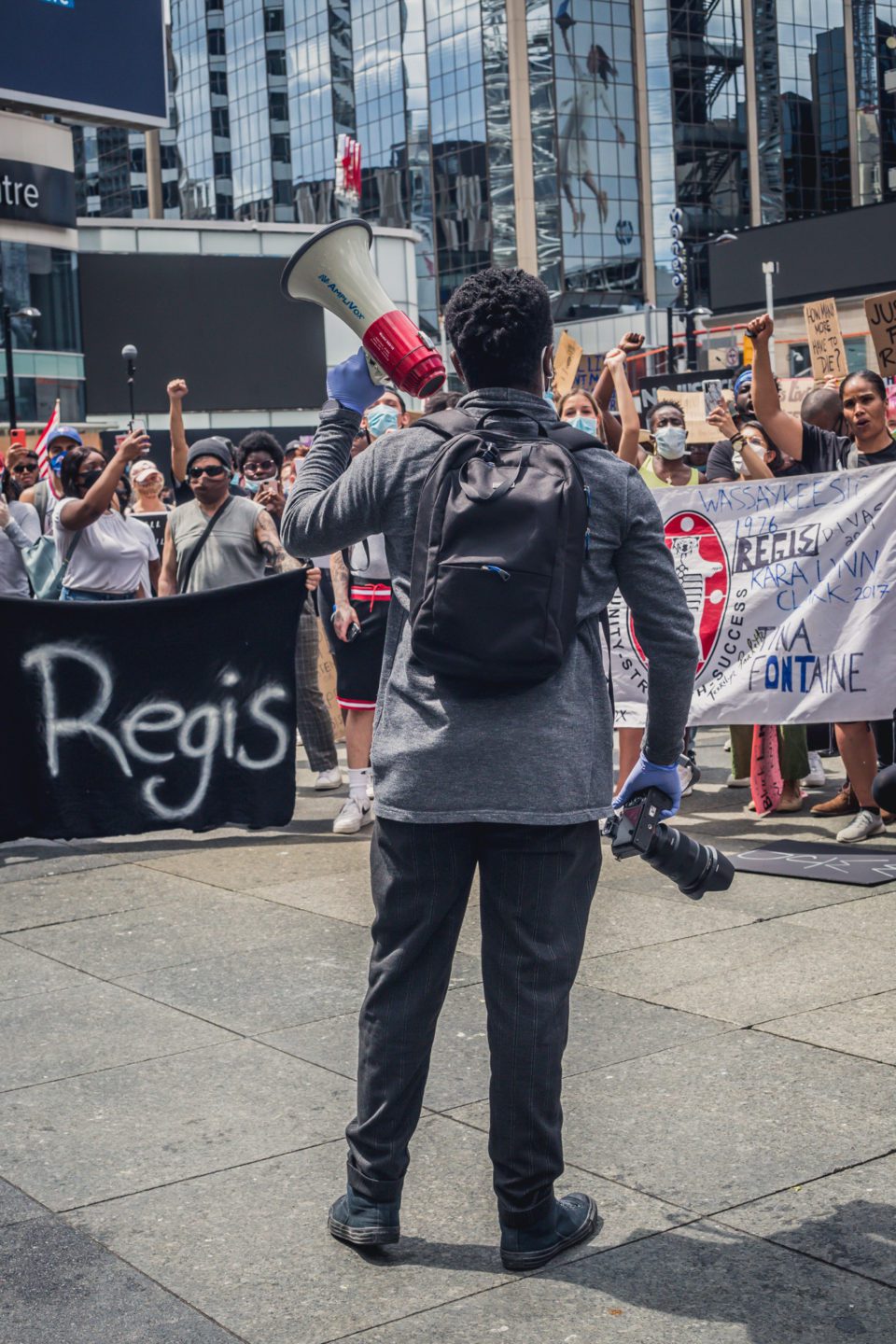 A speaker rallies the crowd and shares his perspective on the various forms of protest at a Black Lives Matter demonstration in Toronto’s Dundas Square. (Photo: Myles Herod)