Each year, when we reminisce about the music we listened to and saw live, we remember why music is so important. It creates moments, some just a few seconds or an entire evening or weekend, that become indelible memories. Whether it’s your favourite artists’ new album or live show, terrible or delightful news, hearing something expansive or eclectic for the first time, these occurrences are what make us fans and leave us looking for the next opportunity.

This year, we lost Dolores O’Riordan, Avicii, Aretha Franklin, Mac Miller, Pete Shelley and Richard Swift, among many others. Donald Glover and Kendrick Lamar ruled everything. One of the biggest films was a remake of a remake of a remake of A Star Is Born. Radiohead probably did some things. There was lots of pop music cooked up in labs but Robyn beat them all. Sadly, we’re not yet living in a post-Post Malone world. Soon, tho, I imagine. And for some reason, R. Kelly still isn’t spending his days staring at prison walls.

Here in the Addicted Music Department, our talented contributors shot and reviewed near 100 concerts. We also reviewed dozens of new artists, with a focus on independent Canadians, while also looking at and beyond the heaps of internationally-touring white dudes with guitars (whom we love) to feature the best from women, the LGBTQ community, people of colour and of Indigenous heritage. We will broaden this focus in 2019 and try to deliver to our readers even more music content, with the hope that we can pair you up with your new favourite artist.

In no particular order apart from alphabetical, here’s what the Addicted Music Department loved in 2018.

Fave record: slenderbodies – fabulist
In the vein of Glass Animals, slenderbodies slither and worm their way through your ear and into your heart with silky falsetto. Special love for their track, ‘Lucid‘
Fave show: July Talk – Santa Theresa Festival
After a brutally long day out in the rain dealing with cancelling headliners and organizational missteps, I was approaching the point of giving up on the festival and heading back to the hotel. July Talk, professionals and rock stars that the truly are, saved the day, and maybe the festival as a whole, with an electrifying performance in a full downpour. The energy that they brought out into the weather that had caused every previously scheduled outdoor act to cancel was phenomenal.

Fave album: Florence and the Machine – High as Hope
A beautifully composed memoir-like record filled with equal parts nostalgia and equal parts hope for the future. From her homage to Patti Smith, to sharing visual motifs and montages of her teenagehood in London, the rebellious and romantic side of Florence shines through on this record.

Fave show: Jill Scott – Live at the Sony Centre
Probably one of the best shows I’ve seen or ever will see in my life. I only heard a few of her tracks over the years, scattered hits from the 90s and her live performances of Strange Fruit and other songs. I knew she was a great artist but didn’t know what a Jill Scott live show would be. With a spoken word poet opening for her, to the live show which combined operatic moments, to congas and other percussion surfacing – the live show was almost like a song cycle. One song wove into the next and her stamina and ease on stage was otherworldly. I left officially, a die-hard Jill Scott fan and found myself sending people her music for weeks.

Sabrina Direnzo
Contributor
My top album and show go hand in hand:
Now, Now had been on a seemingly endless hiatus which after 5 years culminated in the release of their record Saved, an album drawing influence from dream pop, shoegaze and more. Leading up to the release they played two consecutive sold out shows in Toronto; it was truly incredible to be shoulder to shoulder in the overwhelmingly tiny Drake Underground but ultimately so rewarding as they never fail to deliver an amazing captivating performance. 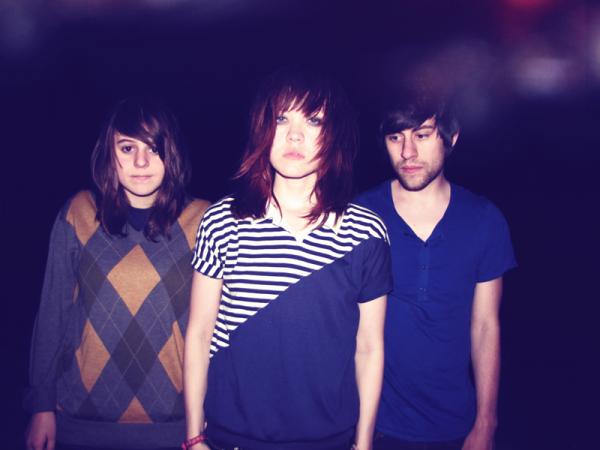 Fave album: The Black Panther Soundtrack.
This soundtrack was the perfect musical punctuation to the cultural significance of the film. We all knew Kendrick Lamar was a genius, but it would have been easy for him to break under the pressure of curating the music that would accompany such a highly anticipated film. Instead, we got a soundtrack that was stacked with incredible collaborations, featured a beautiful and powerful female voice (thank you for existing, SZA), and even some Cancon (thank you, Abel) and ushered in a new standard for superhero movies and the music that defines them. Urban music is everything right now, as evidenced by the calibre and impact of this album, and I for one and am all for it.

Fave show: The Sorority at Adelaide Hall
I had the chance to catch The Sorority play at Adelaide Hall, and quite frankly they blew me away. I already knew I was Team Sorority before even walking in the door: an all female hip hop group from my hometown? That’s a Toronto feminist music lover’s dream come true.  In reality, they were so much better than I ever dreamed. Between their cool and oh so confident stage presence, their beat-perfect rhythm, and the raw power with which they threw down every fierce rhyme, I was instantly addicted.  By the end of their set I felt like both a fan and a proud musical parent watching the baby they didn’t know they had absolutely kill it on stage.  Immediately after I tweeted my shock that these gals aren’t globally famous, and to this day I’m still wondering why.

The Sorority photo by Sabrina Direnzo

Fave album: Father John Misty – God’s Favorite Customer
Yeah, I know. Big surprise from me. But there’s so little fluff on this album that track for track, the creative value in Josh Tillman’s latest is higher than any other album for me from 2018. Yet another concept album from El Padre, this one focuses on a six-week period of emotional and substance-fueled madness that took him to New York City and away from his life and wife in LA. GFC is a combination of sad, hilarious, chaotic and pensive vignettes. It’s raw and revealing but lush and poignant. From the off-his-meds Elton John of the title track to the Tinder frenzy of Date Night‘s freakout pop to the exposed nerve melancholic observations of The Songwriter, God’s Favourite Customer is a deep dive into momentary lunacy. Take a song out of context and it can be highly amusing. Listen to the album top to bottom with full knowledge of what it chronicles is a dark journey through the figurative day and night of a tortured artist and man.

Fave show: The War On Drugs – Montreal Jazz Fest.
A big reason I was excited to cover the last weekend of the FIJM was because of this show. My best of 2017 list included their album, A Deeper Understanding, the main reason being the layers of beautiful instrumentation. My interest was how these songs would come off live. Well, the large numbers of players that entered the stage on the final night of the festival put any concerns to rest. Lots of guitars and keyboards handled all the crafted sonics I had come to love from their last album. I was lucky enough to shoot the first three songs of this show and turned away from the stage to face what was something like 100,000 music lovers ready for the show. As loose as the songs are within their dynamics, the band was tight in a relaxed way, likely from having played these songs over prior 119 shows. The standout was the same of the album for me. The best way to put it was how I did in my review

By the time Strangest Thing played, I found a perch on the Hyatt terrace above the crowds. This is likely my favourite TWOD song and to have it play beautifully on a magnificent night is something I’ll never forget. I looked around at the other people and quickly realized few knew anything about this band but I saw that most people got it. Granduciel doesn’t sing like an angel, nor are all his guitar solos sweeping symphonic masterpieces. He works with what he has, despite an at-times ragged voice and jarring Neil Youngian guitar solo style, but it all works to make a tremendous modern heartland rock sound.

Myles Herod
Contributor
Fave album: Arctic Monkeys – Tranquility Base Hotel & Casino
On their 6thalbum, the Sheffield band pull an unexpected one-eighty in sound and style, delivering their riskiest step forward yet. The dramatic, piano-laden backdrops of all 11 tracks give the perfect context for Alex Turner’s clever, yet seemingly stream of conscious, lunar observations. Jazzy, slightly sleazy, yet immense in existential uncertainty, Tranquility Base Hotel & Casino bypasses what could be seen as the biggest middle finger of 2018 into the year’s best reinvention instead.

Fave show: Childish Gambino at Scotiabank Arena
Concerts can be great. However, few are ever truly special. Transcending the those conventions, Childish Gambino’s This Is America tour was an experience. As the enigmatic star entered the stage of Scotiabank Arena, he and his band moved seamlessly between the epic, the reflective and the funk. Electrifying to say the least, his lone stop in Toronto on September 10th reinforced the sentiment of his growing legend. With or without his purported retirement. Consider me converted.

Cassandra Popescu
Contributor
Fave album: Aurora – Infections of a Different Kind
This album made me become obsessed with AURORA’s delicate vocals and incredible musicianship. It’s an ethereal journey for the listener and I can’t even count how many times I’ve listened to it. Packed full of synth-pop elements mixed with intelligent lyrics and complex vocal harmonies, it makes both the modern music fan and the choir nerd in me happy.

Fave show: Kimbra at The Mod Club.
While this show occurred very early in the year, it still held up as one of my favourite shows of 2018. Kimbra was one of the artists that inspired me to work in music, and so being able to shoot her show was very special to me. As a long-time fan, it was incredible to see the ways in which her music evolved into something completely different from what I had first heard from her, but remained distinctly unique to her style. The photos I got were some of my favourites I’ve ever taken, and I was thrilled to see that she shared them on her socials after the show!